On this page of the Destruction AllStars guide, you can find a choice of starting tips. We have prepared a variety of tips and tricks for new players to get acquainted with the game and learn the most important moves. Our tips will help you avoid typical mistakes and get better results in matches.

We also recommend visiting Characters and Game Modes chapters. Thanks to them, you'll learn more about playable characters and the types of matches available. 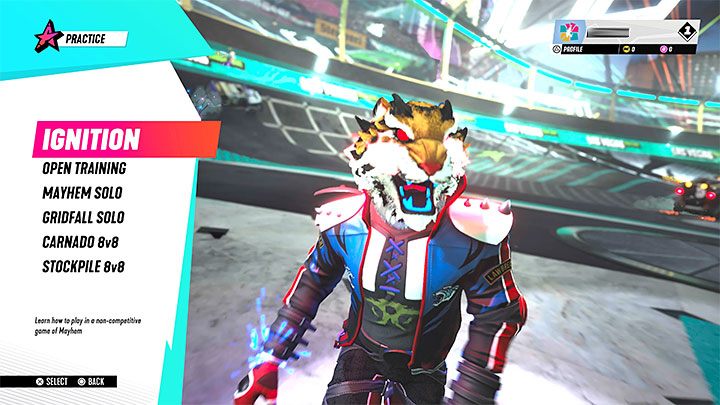 Destruction Allstars is a game that only needs a quick introduction but mastering it can last weeks. Before you start multiplayer for the first time, check out the Practice mode. It contains:

Your next step should be to check out the Arcade mode - you can adjust the bots' skill level to your liking. Thanks to practice, you'll get better at the game, more so that the bots will try new tricks characteristic of multiplayer, such as Riding and Taking cars.

Slams are performed with the right analog stick 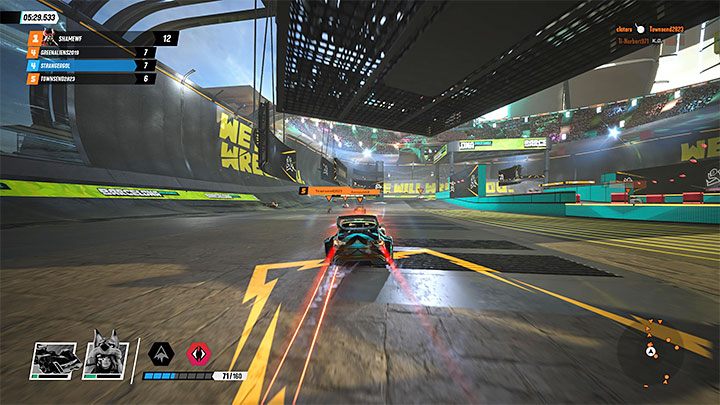 This is a very important aspect of the game, which you didn't have time to master during the tutorial. You can make longer Slams by holding the right analog stick up or to the sides. Longer duration means a higher chance of hitting the opponent.

The trick described above will help you when attempting to hit distant opponents and limit the chance of a situation where the Slam missed and was wasted. 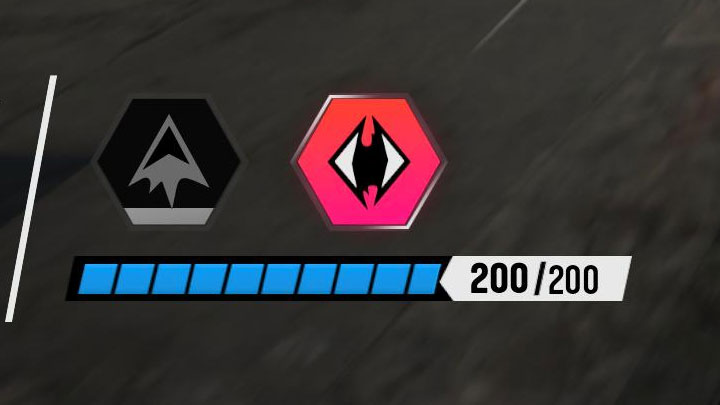 There is another important mechanic associated with Slams. There is a cooldown period after using Slam (either front or side one) This is a thought-out mechanic, intended to prevent constant relying on these attacks.

Icons for both of these attacks are in the lower-left corner of the screen. Regenerating it happens without the player's input - you just have to wait a certain amount of time. Always make sure whether a Slam is available, especially if there is an incoming front collision or you plan to use the attack after activating the vehicle Breaker.

Avoid stopping or slowing down when in the arena 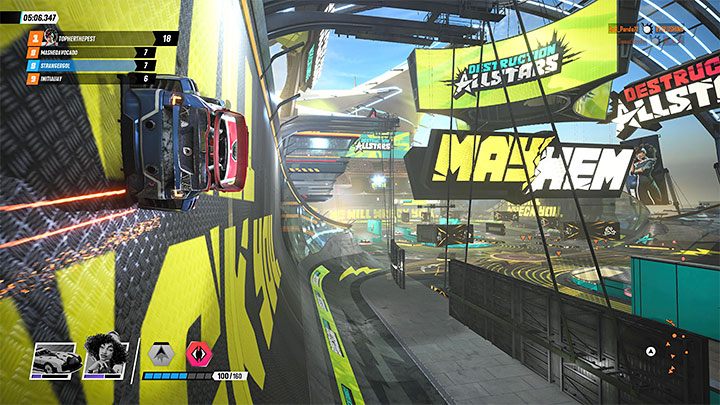 This tip applies both to moving on foot and driving vehicles. By slowing down or stopping completely, you become an easy target for other players. They can hit your hero more easily, attack your vehicle or use special attacks on you.

The same applies to handbrake turns. Do handbrake turns away from other vehicles - to check whether you are in danger, look at the radar or look behind (the right analog stick down) After a successful turn, return to full speed as quickly as you can.

Leave the Breaker for a good moment 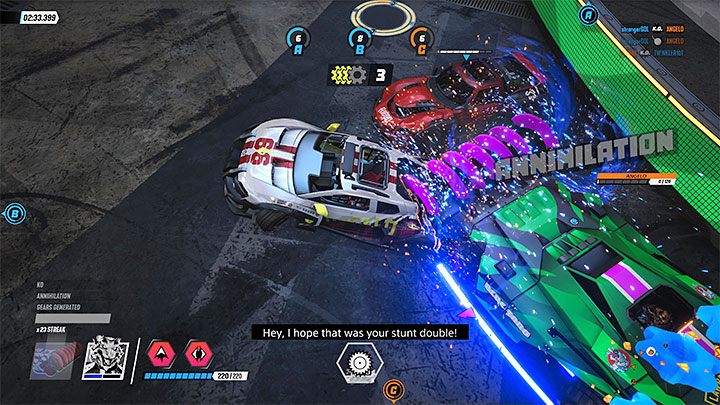 As a reminder - breakers are special skills/attacks. Each of the stars has a separate breaker for both moving on foot or driving the Mega Vehicle. Depending on the hero, both breakers may have a similar effect or be completely different.

Do not turn on the breaker as soon as it becomes available - wait for the perfect moment in order to make the most of it. Here are some examples:

Thanks to Eject, you can save yourself from dying and change the vehicle quickly. 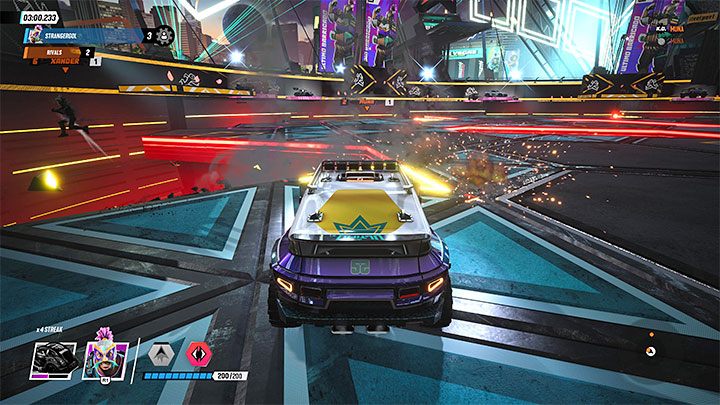 The option of ejecting from the car while driving is extremely useful. It can help you in two typical situations: 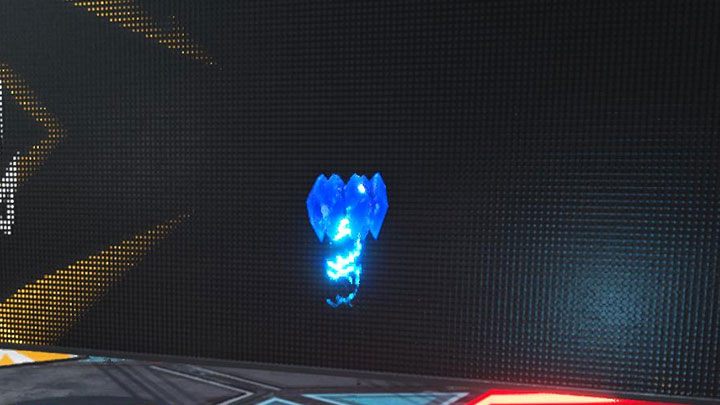 The tutorial explained what Shards are - they shorten the cooldown period of the Breaker or Mega Vehicle summon - this may be especially useful in Gridfall.

The tutorial doesn't broach the subject of pick-ups, which can also be found during matches. For example, you can encounter a point booster or a pick-up that reinforces the power of the activated Breaker. Try to pick-up all found items. Be aware, however, that many finds are suspended high and in order to reach them, it may be necessary, for example, to run along the wall or use a double jump. 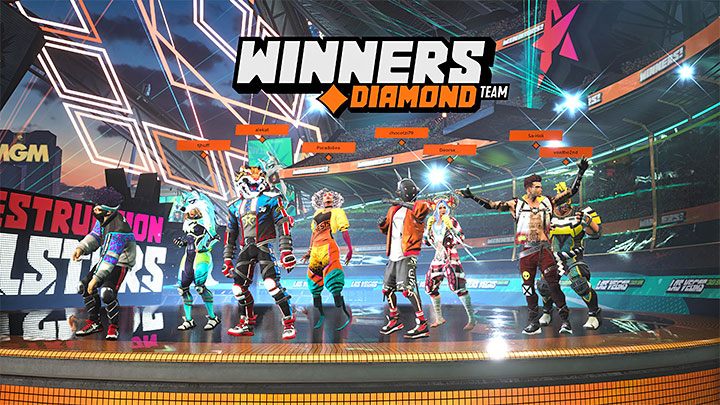 This may seem a minor issue, but the game in our opinion does not sufficiently well inform about what team you currently represent. It is very easy to forget about this in the heat of battle and waste time attacking members of your own team (fortunately, there is no friendly fire)

You can check the team to which you belong during the match preparation screen. Remember the color of the enemy team to locate them easily.

Watch out for various obstacles in arenas 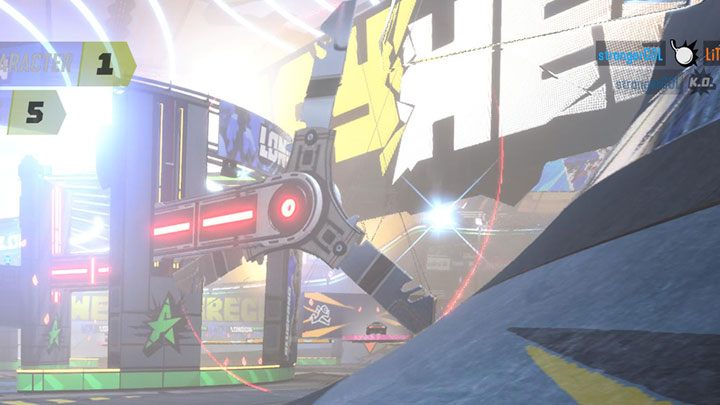 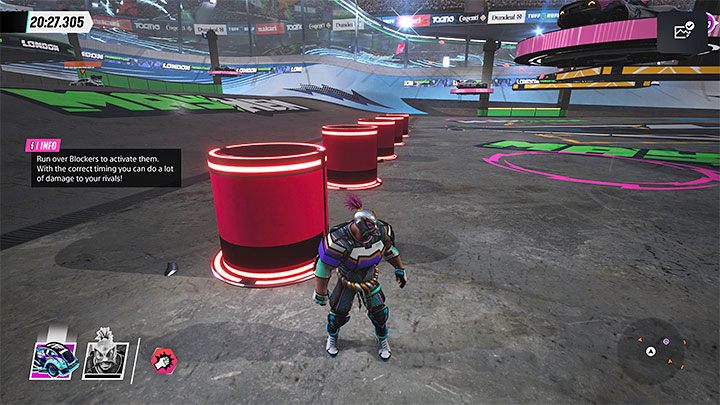 In some areas you have to watch out not only for enemy players but also for obstacles. They are divided into two main types: