On this page of our guide to Destroy All Humans you can find a detailed description of the battle against the Silhouette boss. She appears in the final story mission. 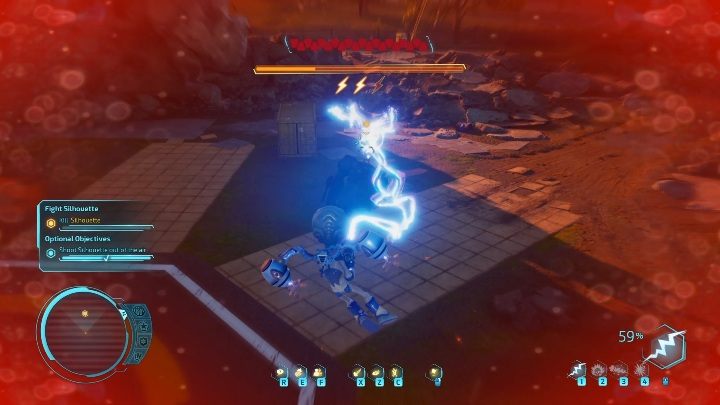 Let's start with the fact that Silhouette is extremely hard to defeat boss. The battle will be quite long. If you die during any wave or stage, then you will be transferred to the very beginning of the mission. This causes a lot of complications and can lead to a lot of frustration. Thus, try to constantly monitor your health bar. This way you won't die at the least appropriate time. 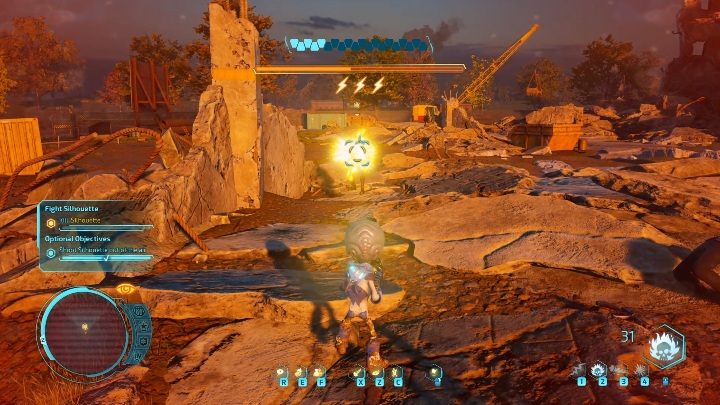 Silhouette has a shield that has to be destroyed in order to inflict damage on her. The battle, therefore, consists in constantly attacking the opponent who only receives some of the incoming damage once every few moments.

The shield changes color as you attack. You can find out how much shield she has left. The blue color indicates a fully charged shield and the red color means that it's almost gone. If you notice a red color, then it's worth preparing a weapon that will be used to inflict heavy damage on your opponent. 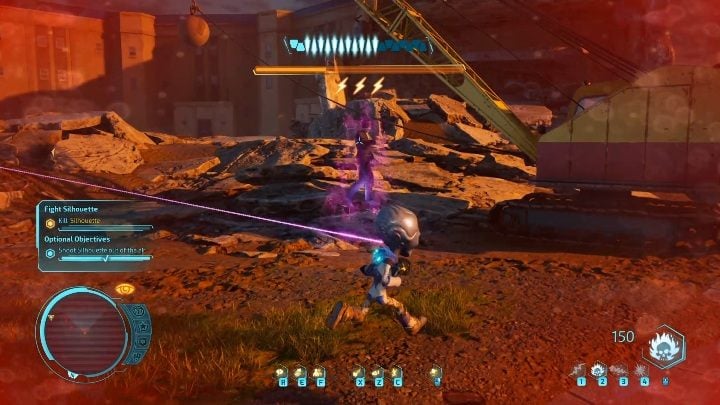 Silhouette deals huge area of effect damage. You can literally feel the overwhelming amount of bullets, lasers and even waves that will finish off your character in seconds. Remember not to stop even for a moment and constantly attack the enemy. 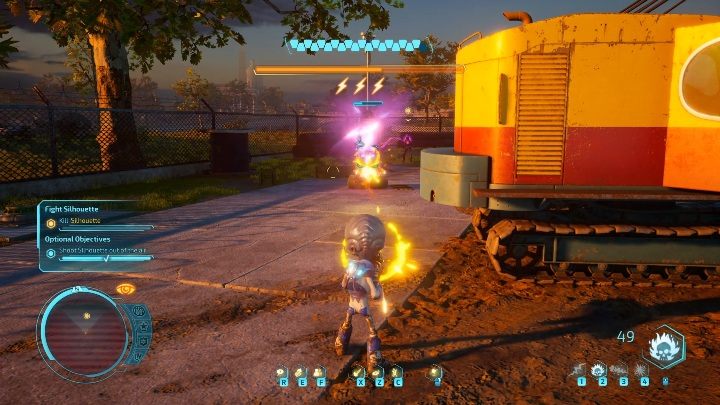 Silhouette will regenerate a large amount of her health points. Run after her and destroy the place where she's healing. The sooner you do that, the fewer health points she will regain. 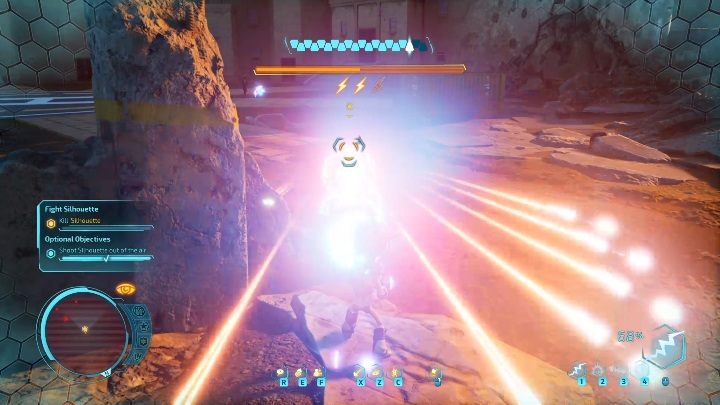 Her attacks won't differ that much from the earlier ones. However, she will use one new attack - a purple ray that moves in a random way. Therefore, be careful in order not to get hit.

You still have to destroy Silhouette's shield. Also, watch out for nearby mechs that will interfere the battle. 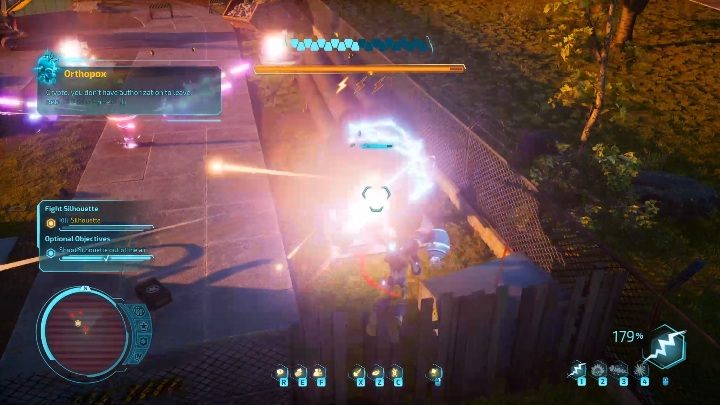 Once again you have to interrupt the regeneration process of Silhouette. Be careful, though. There are numerous turrets at the site. You have to destroy them. If you stand among them, you're going to be severely injured. 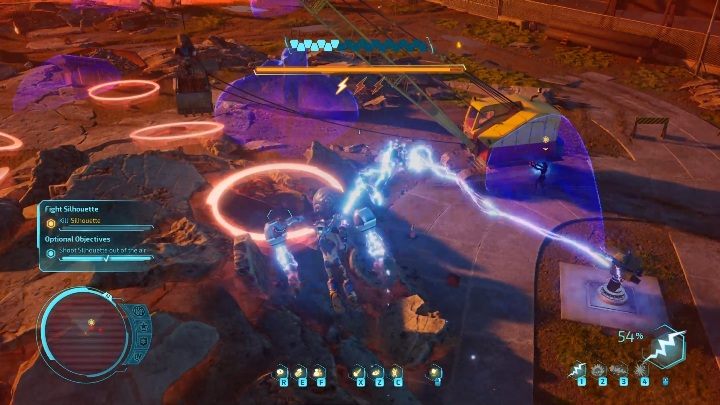 After you stop the healing, you have to watch out for another attack. Rockets will start falling onto the area. The rest of the fight remains the same. You must constantly destroy your opponent's shield until she will finally drop dead. This will end the mission.