On this page of our guide to Destroy All Humans you can find a detailed description of the battle against Robo-Armiquist boss. He appears at the end of the Attack of the 50-foot President! mission. 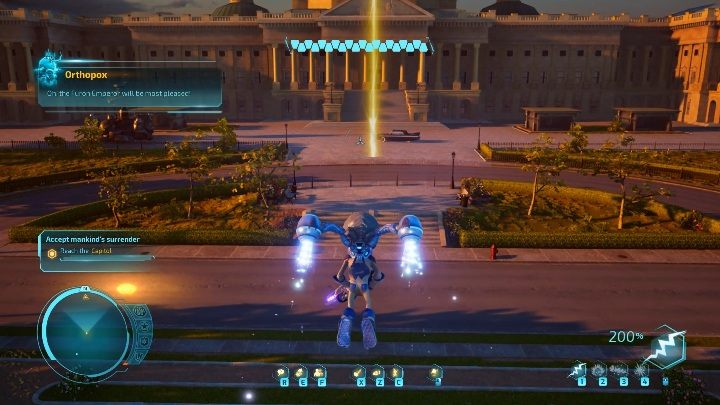 The first stage begins in front of the U.S. Capitol. You have to get in your saucer and start shooting at your opponent. Before playing this mission, it's worth to upgrade your flying ship. Focus on:

Robo-Prez will start firing multiple rockets from the start. You have to be careful because their formation and layout change every time. One time the attack is vertical, another time it's horizontal, and another time it's aiming directly at you. 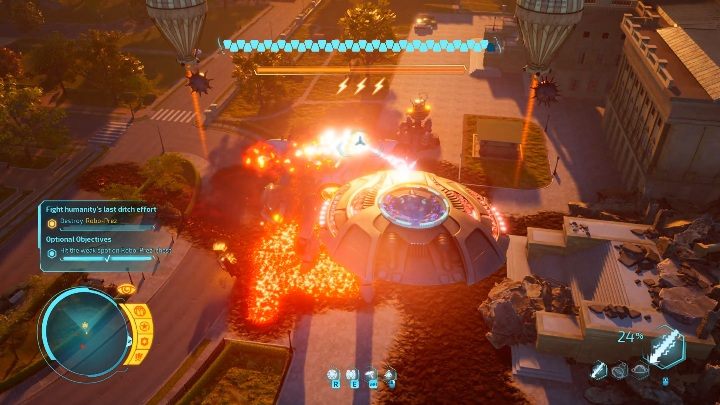 The boss can summon balloons. These will pull you towards them and explode. Destroy them before you become their prey. 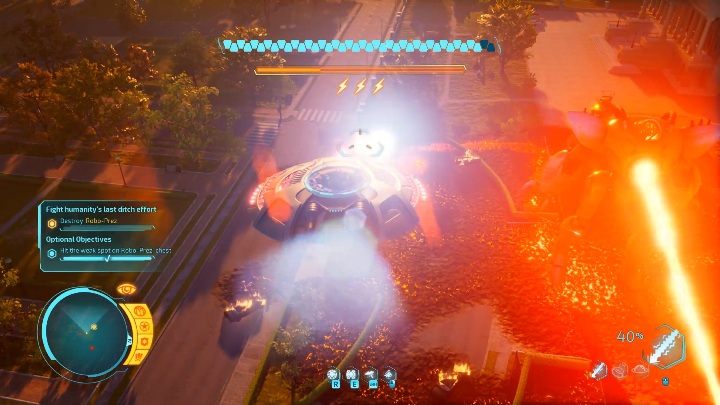 The last attack of the boss is a laser beam. It takes various forms. Sometimes it appears as a straight beam, sometimes it stretches horizontally or vertically to block your path. 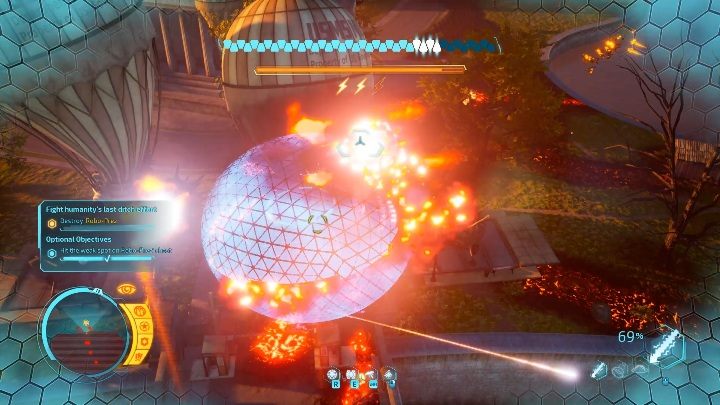 Crashing into the exploding balloons is not a pleasing experience

Remember that at the first stage you can't lose too much health. Heal your character by using the vehicles and equipment available in the vicinity. Remember that using the energy absorption also grants you some ammo. 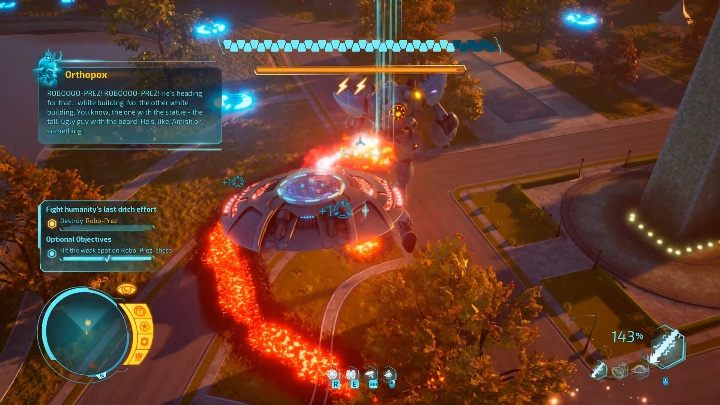 Take advantage of the moment when the boss changes his position. Fly straight after him and keep shooting him in the back. This way you're going to inflict massive damage on him. 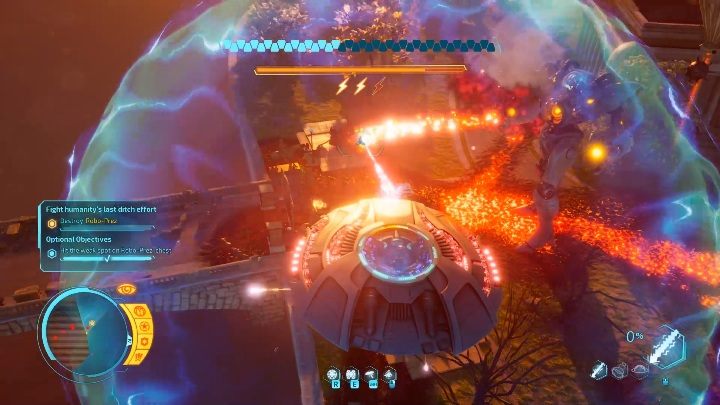 In the second phase, the boss will summon exploding balloons more often. In addition, he will shoot rockets at you, which have to be repelled by your skill. 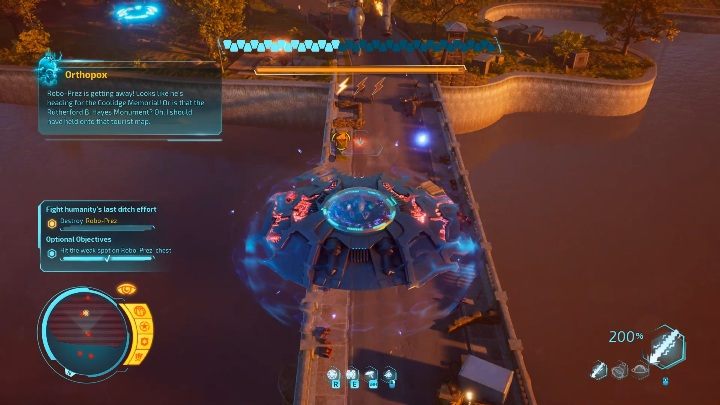 Let's start with the fact that this time, when the boss is going to change his location, you should focus on your health. Stand over the bridge and absorb as much energy and resources as possible. 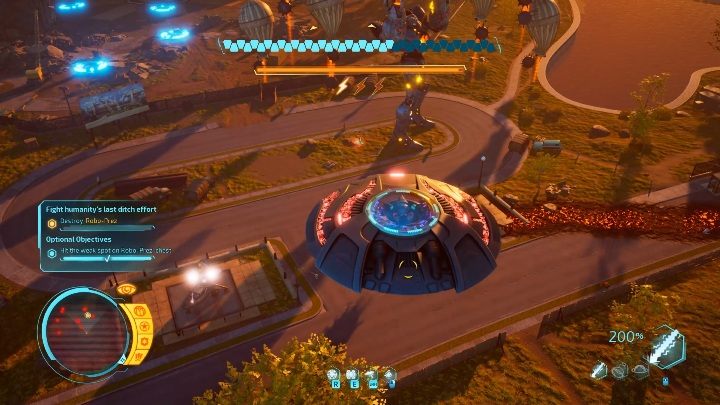 When you get to the site, immediately destroy the turrets that pose a threat to your life. If you don't eliminate them, they're going to make this task a lot harder. 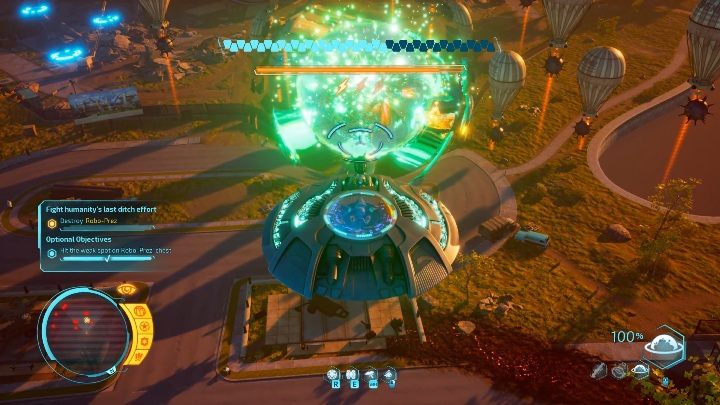 You have to be very careful in the final stage. There aren't many elements here that could heal your character. The best way to start this phase is to use the Quantum Deconstructor. It will take some of the opponent's health and destroy the surrounding threat.

Try to keep your distance so you won't get unnecessary damage from bombs and balloons.