On this page of our guide to Destroy All Humans you can find a detailed description of the boss battle - Robo-Armiquist. He appears at the end of Armquist vs. The Furons. 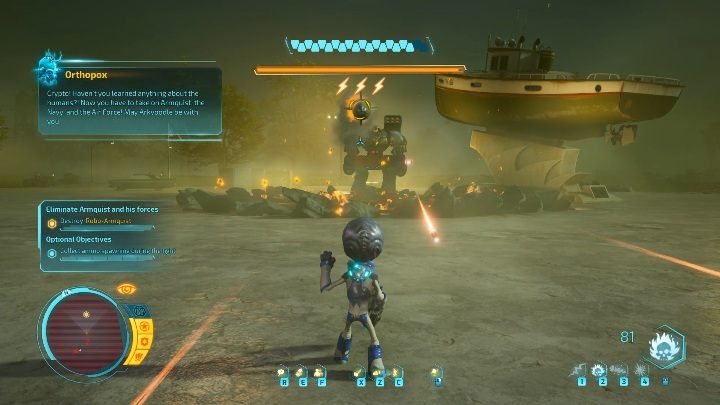 Since the first phase the boss has a wide range of attacks. You'll immediately notice that one of them are rockets. Catch them and throw them at him to cause as much damage as possible. 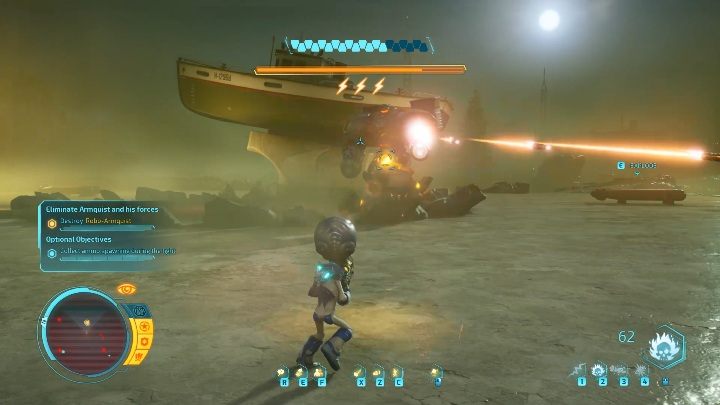 The Robo-Armiquist continues to fire as if he had a machine gun. You can't dodge such a heavy fire. From time to time he fires sideways then in vertical direction. Just try not to worry about it. Attack him from time to time and pay attention to the amount of your health points. 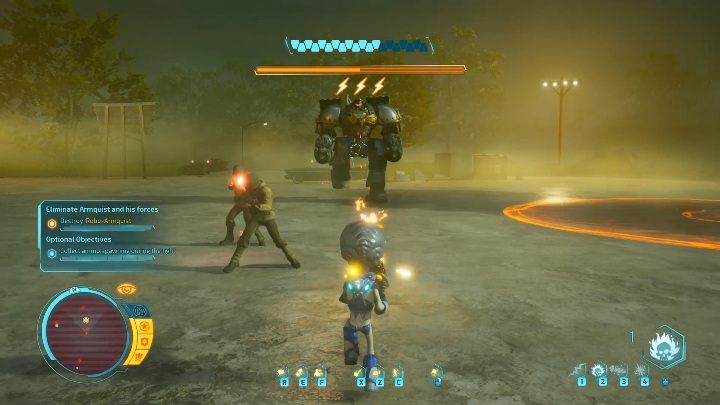 New soldiers will appear on the map with the boss. Eliminate them whenever possible. They can reduce your health points if you won't kill them fast enough. 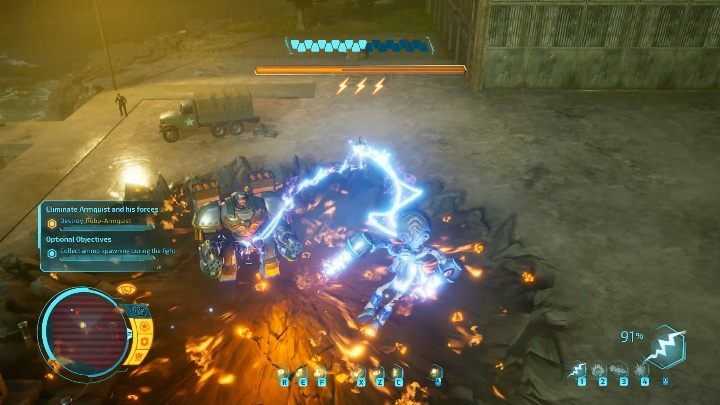 Robo-Armiquist can also destroy the terrain around him. When he hits the ground with its hands, he creates a flaming circle that can injure you twice. Not only do you receive damage from the impact, you can set yourself on fire by standing in the burned area. 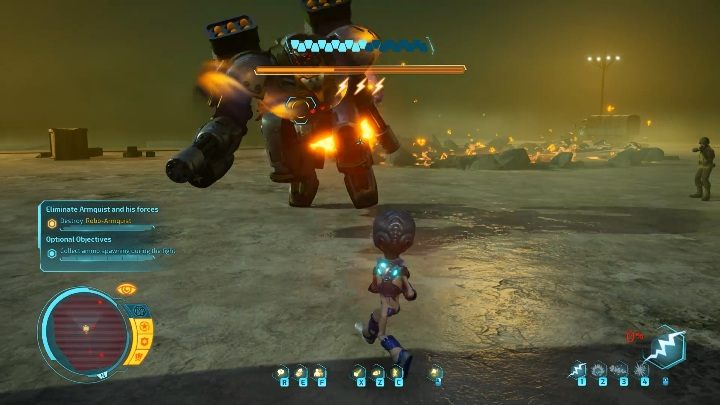 The boss can also charge at your hero. If you stand in his path of attack, he will knock you away and deal a lot of damage. 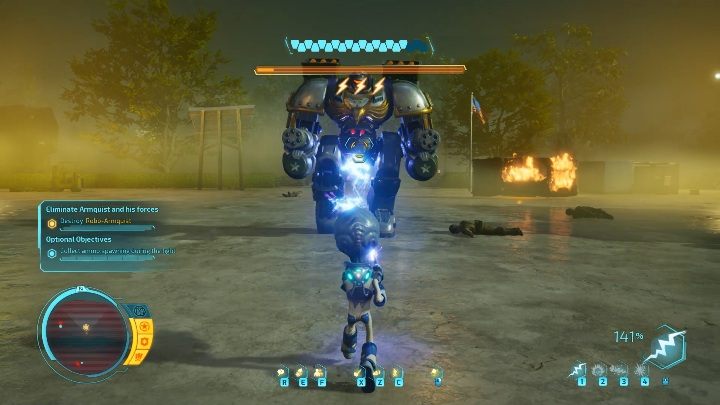 The best way to fight Robo-Armiquist is to wait for him to focus on your character and run straight at you. In these moments he does not inflict any attacks. You can attack your opponent until he stops. 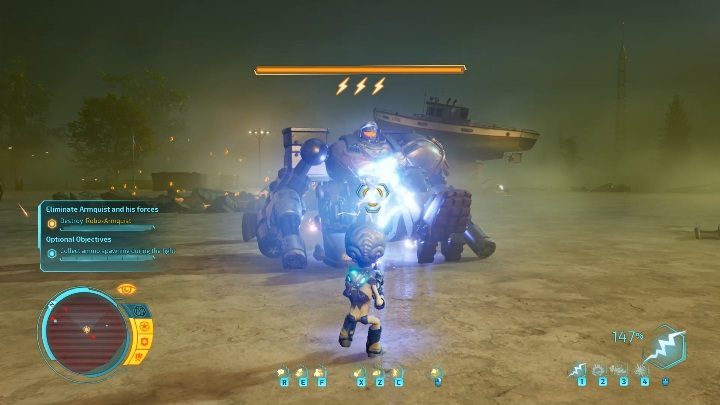 Starting the second wave, take advantage of the moment when the boss tries to get up. This is the perfect time. He can't attack you in any way and you may cause him a lot of damage. 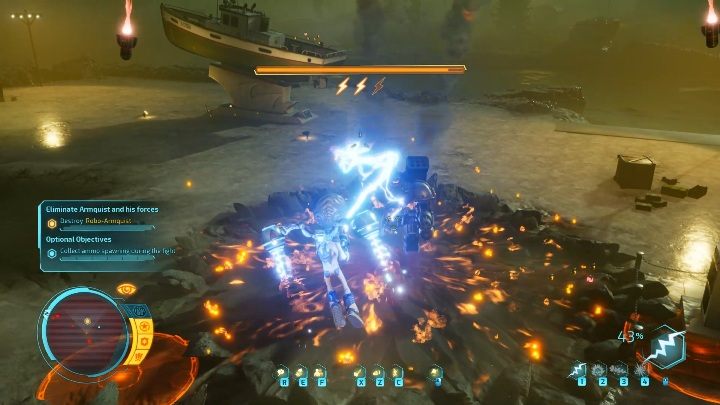 In addition to the previous attacks, the boss can also launch multiple rockets at once. You can avoid them. If they start to glow red, avoid their components. 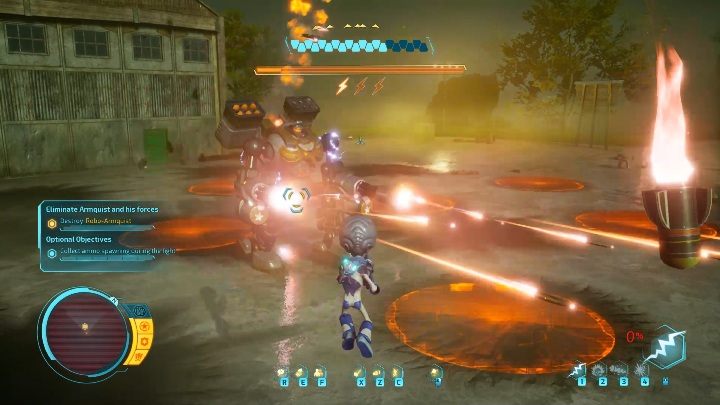 The last stage is a constant barrage of rockets and bombs. Try to stay in the air and fly around your opponent. This way you can quickly destroy your opponent.