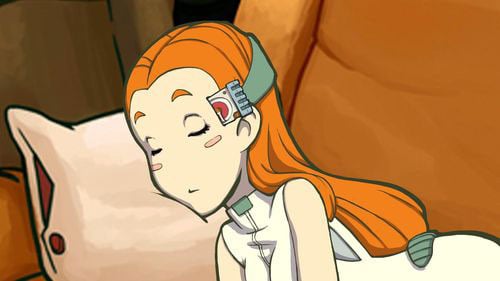 Go back inside the ship and talk to Doc. After the conversation put the cleared chip into Goal's head. She will wake up and talk with you, almost without problems. Use all dialog options, informing her about Cletus's and Organism's' plans. Time for a super plan (the choice doesn't matter, Goal will convince Rufus to get to the platform in Cletus's costume). Leave the boat and return to the tower. 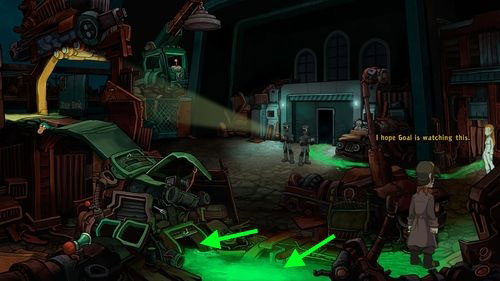 It turns out that Organons are looking for you, blocking the way inside. Notice the crane on the other side - maybe it can be used? Get the Straw from the inventory and get into Pool of green water. After that, get inside the junk pile through the Trunk. 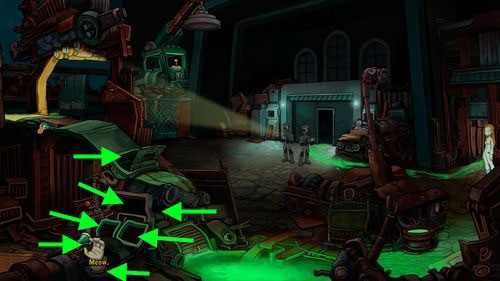 Move to the Left Window and use the Crank on the left to open the French Door. Go there and take the Fork lying nearby. Put out the hand through the Pipe next to the Horn and put the Fork inside. Now use the Horn to shoot with the Fork. Canopy Top is open now, so use it to move further. 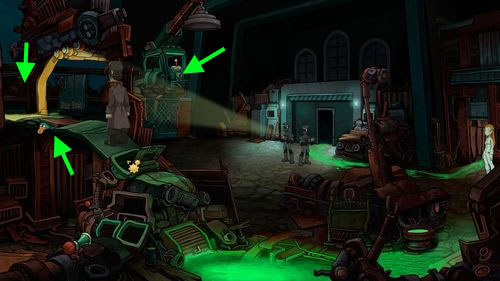 Notice, that when you go twice over the Platypus Soft Toy, soldiers start to look around the location and the further way becomes available. So go to the left, moving over the toy. Get the toy and return to the right. Now place the toy under the Board and go to the left again. Soldier will start looking around and Rufus can move forwards. Go to the crane and use the Crane Lever. 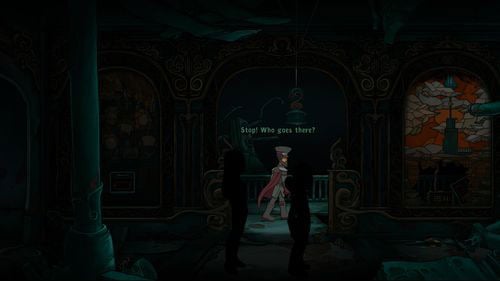 Rufus and Goal will go inside. Rufus will put on Cletus costume again. Another conversation with Argus will take place, during which Rufus will send Goal to the platform. 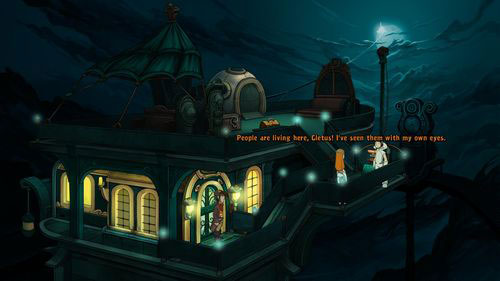 After the conversation Rufus will go to the platform to encounter arguing Goal and Cletus. Talk to Cletus (yet again dialog options do not matter) but eventually leave them ale. Move to the Cletus Bag near the lifeboat and find Cletus's Rags there - put it on. 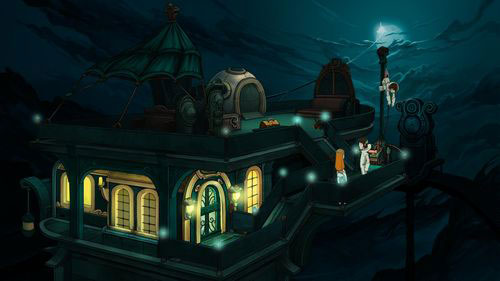 Once you look like Cletus, talk to the arguing pair (Squabblers). Repeat Cletus's sentences (Don't make me laugh), pissing him off and making him to show you his birth mark. Such situation happens once - pull Cletus's Speedos and hang them on a Flag Pole. 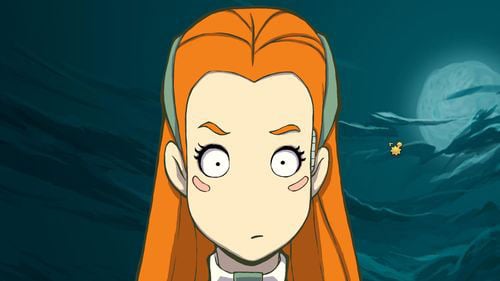 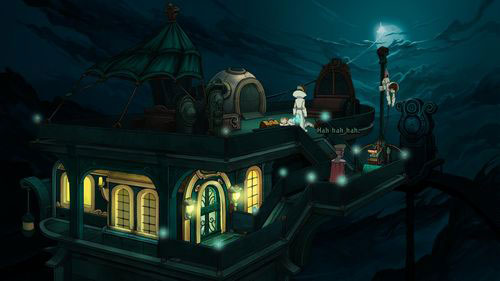 Unfortunately, everything goes wrong when Goal learns about true Rufus's intentions. You do not have a choice - get the Goal's implant out of her head (#1). After a moment Argus shows up, who seems to be glad of this situation (#2). In his opinion Rufus should go to the Elysium as a Cletus, because he won't betray Organons' plans. 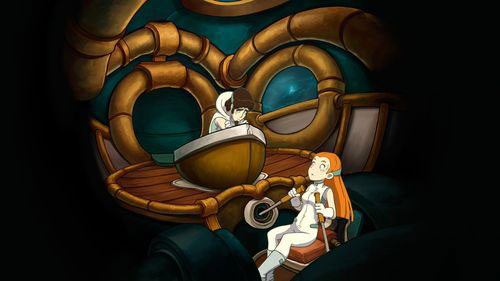 You see Rufus-Cletus and Goal in their way to Elysium. Goal doesn't remember anything from Deponia - you've uploaded her personality from the backup cartridge. Goal will notice that something bothers Rufus. Choose middle dialog options. As a result you'll be back on the platform with angry Goal. She definitely wants her correct implant back! But Organons' have it now.