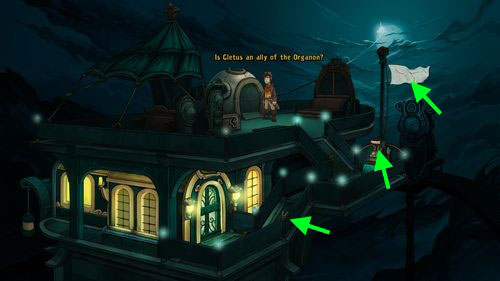 Examine the Lifeboat - you need special codes to open it. Move to the Lever next to the Flag Pole and pull it. Take the Flag. Look at the railing and take the Embellishment. Use the elevator and go to the concourse. 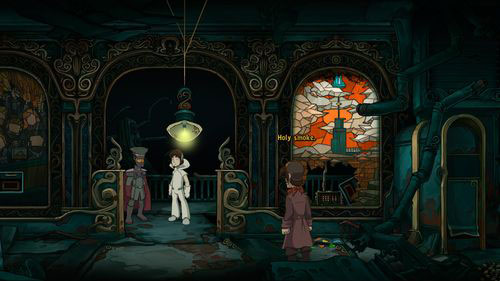 You'll see Cletus talking with Argus, Organons' commander. Special codes to the lifeboat are stored in Goal's implant and that's why they want to get her. Rufus will hide himself automatically when Cletus goes to the elevator - look how they are similar ... The way to Goal is blocked by Argus - think up something! Combine the Chewed Gum with the Embellishment, obtaining the Slingshot. Now use the Pebble as ammo and you'll get Slingshot with Pebble. Shoot the Lamp. 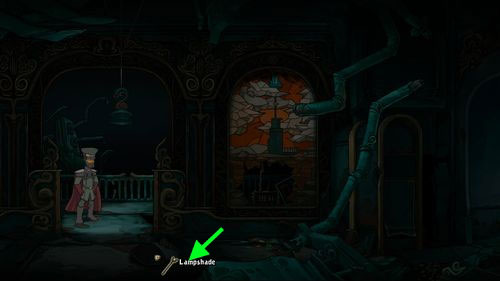 Room gets shrouded in darkness. Theoretically you could move forwards, but Argus can spot Rufus. So combine the Mop Handle with the Embellishment, obtaining Hook. Use the Hook to pick up the Lampshade on the ground. 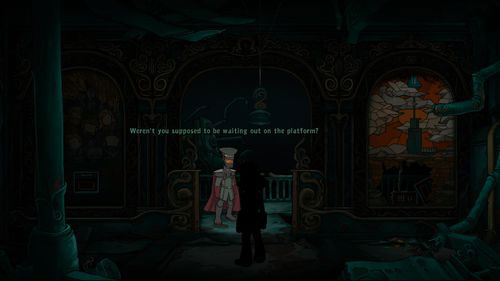 Time for dress-up. Combine the Flag with the Lampshade. Add the Greasy Mop, obtaining Improvised Cletus Costume. Put it on and try to pass by Argus. The soldier will be fooled but he wants Goal's cartridge with codes. 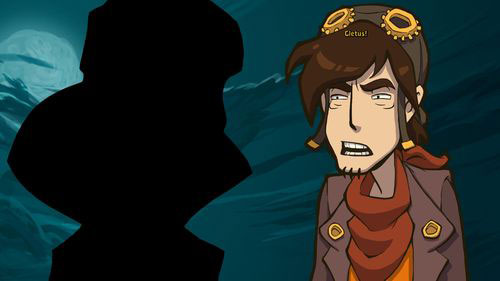 Go to the elevator and head to the platform. Talk to Cletus using all dialog options - agree to keep your word and give him Goal. Mention though, that Argus won't let you further without a cartridge. After initial refusal, Cletus will give you device, when you mention that Goal is unconscious and this is the only way to wake her up. 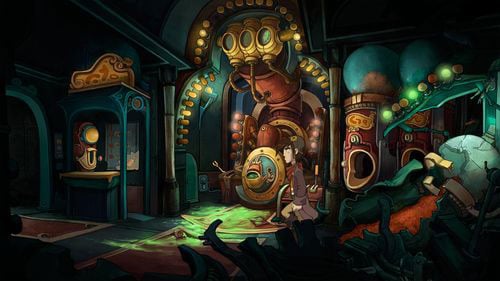 Return to the concourse, put on Cletus costume and tell Argus that you have cartridge with you. After the conversation go to the lobby where Rufus will automatically take off Cletus costume. Go to the candy shop, where you left Goal. But the problem is that she's gone!