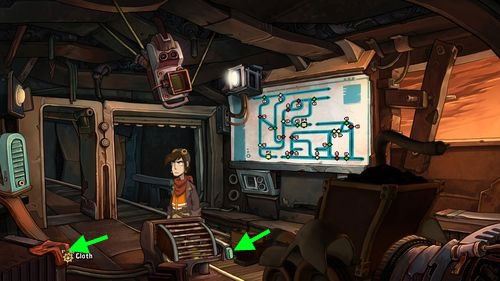 Pick up red Cloth on the left. Look at the Key Box - unfortunately it is closed. Try to press a green Button next to the mine cart (you have to be in the cart) - you'll get information that the cart is not heavy enough to move any further. Go the tunnel. 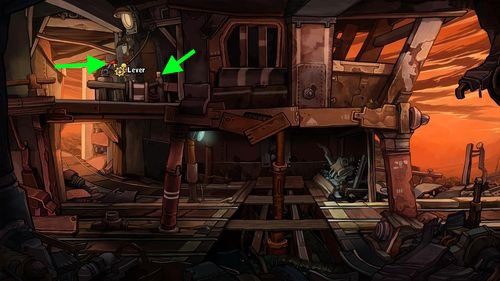 Switch the red Lever to turn on lights in the mine and then press the Button next to the lever. A passage down will open. Use it and go to the viaduct. 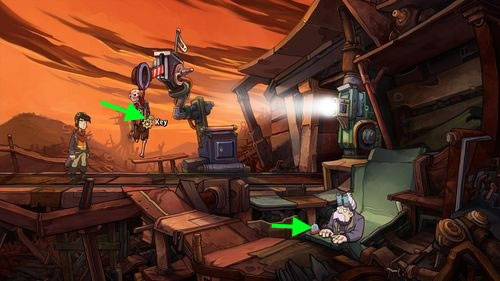 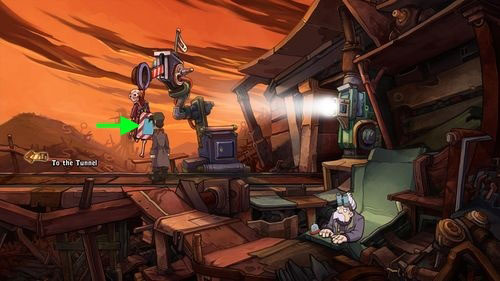 Hang the Polished Mirror on the Skeleton. It should reflect the lamp light but it hangs to low. Return to the tunnel. 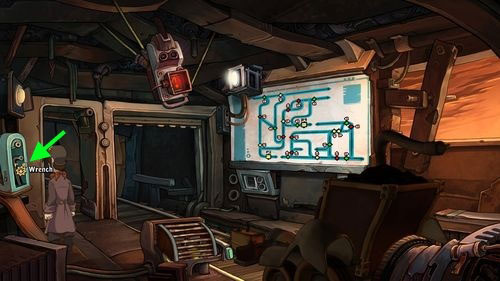 Go to the control center upstairs. Open the Key Box using the Key of Trackman and take the Wrench out of it. Return to the tunnel and go to the viaduct. 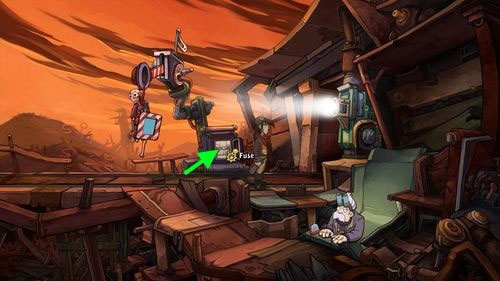 Use the Wrench on the Maintenance Hatch next to the semaphore to open it. Take a Fuse out of it and then place one of Power Inverters inside. 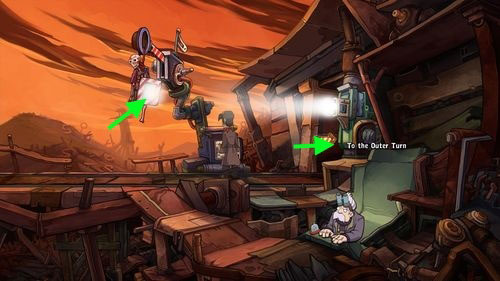 A semaphore's arm will raise and the mirror will reflect lamp light. The outer run is now available - go there. 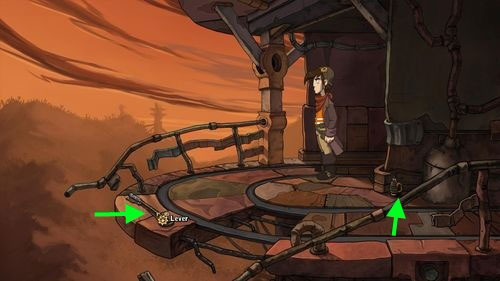 In the new location pick up the Lever and a Bottle on the ground. Go back to the viaduct and head to the tunnel. 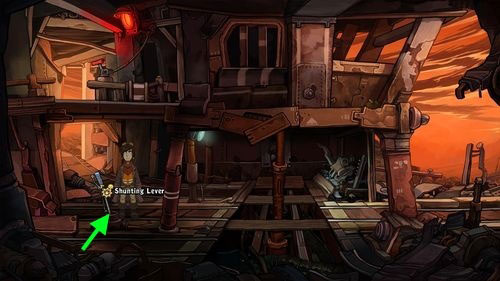 Put the Lever into the Shunting Lever Box. Go to the control center upstairs. 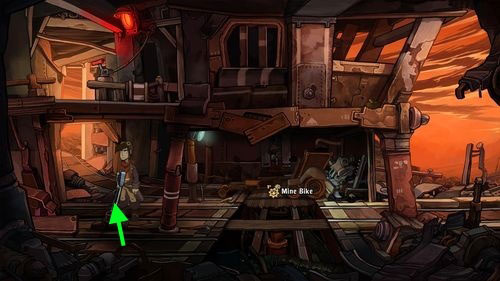 Get into the mine cart and set off. After a while you'll find yourself again at the bottom level. Leave the cart and pull the Shunting Lever. The cart will be moved to the other truck - get in it and set off. 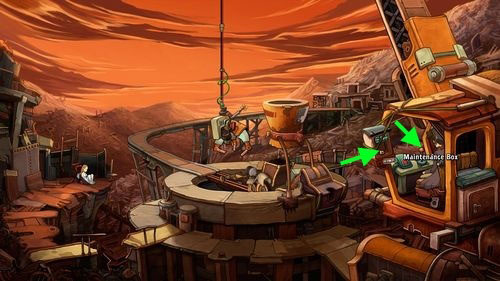 Go to the crane and put the Fuse into Maintenance Box. Try to pull the Crane Lever - it works! But unfortunately Goal slips down the crane. 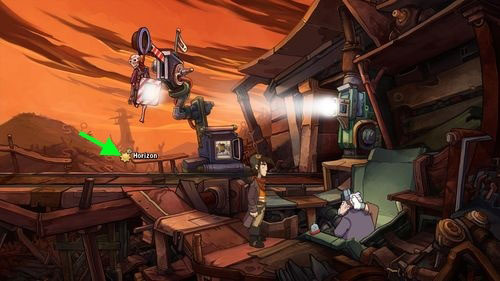 Return to Dock and ask him how can man calm down a little (Doc, I am too fidgety). Doc will show you his way to get rid of stress - it is meditation. You have to put a leg behind your head and then look at Horizon. Your perception gets higher. 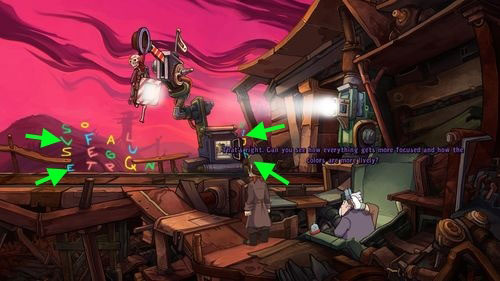 Now you have to focus on letters visible in a distance and tell the world, who you are. Doc looks at the blue R to the right, then the bleu I a bit higher. Next, he moves his sight to the left, on the green V and then focuses on the blues E a bit lower. Doc is calmed down and shouts the he is a RIVER - so the last letter is again the bleu R to the right. After that booze is needed. So the only thing you need is booze. 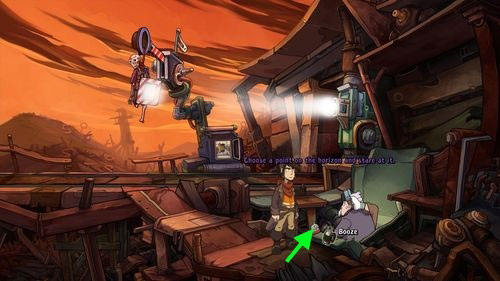 Try to get some Booze into the Empty Bottle - Doc will forbid it! So you have to think up something ... Ask him about meditation again and in the moment, when he got his leg behind the head, use the Booze again. Go to the tunnel and head to Goal. 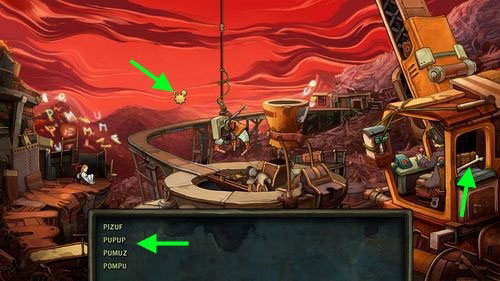 Go to the crane. Get the Leg of Skeleton from the inventory and place it behind the Seat. Now focus on Horizon. Following Doc's hints, look for the solution - it is PUPUP. Rufus will drink some booze after that. Now use the Crane Lever and place Goal on the mine cart. Get inside and set off. Inside the tunnel set off again. After ride use the Switch to get upstairs.