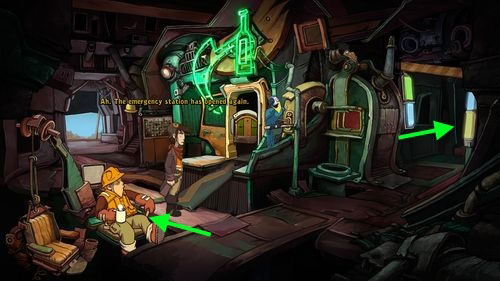 Leave the bar. You'll hear some sound and see that closed door to the right is now open. It leads to Gizmo's room but first talk to Hannek. During the conversation you'll learn that he and other junk miners have a break because someone has stolen magnets needed to mark detonation places on the table next to the exit. He will tell you also that he got many car keys found among junk. At the end Hannek will suggest that energy-rich water is probably battery acid. After the conversation, go to the emergency station (to the right). 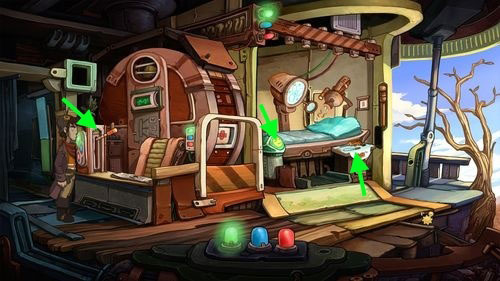 As you probably remember, Gizmo acts as a fireman, doctor or policeman, depending on situation, and this location act as three rooms too. A Lever to the left help to transform the station into doctor's room, police station or fire service station. Move to the right and take a look at the cabinet next to the bed pillow. Take a Dentist's Drill and a Dissecting Scalpel. Take a look at the container with Laughing Gas and then use it with one of Balloons obtaining Balloon filled with laughing Gas. Try to open Doctor's Cabinet in the hole in the large wheel - unfortunately it is closed. 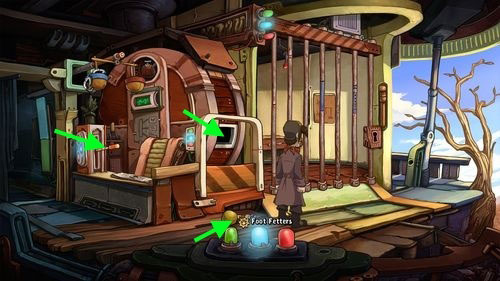 Pull the Lever down, transforming the room into police station. Look at Handcuffs over the lever but they are too high to reach them. Again take a look at the hole in the large wheel. This time you can see there a Police Box. Pull it out and Foot Fetters will fall down. Take closer look at the police cell - there is a Lock Pick on the bench, but how can you get it? 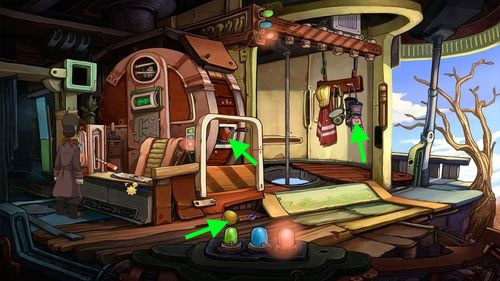 Pull the Lever down again, obtaining fire service station. Notice that the floor has moved to the right and it could be attached to the pole somehow. Take Asbestos Gloves from stand and again look at the hole in the large wheel - there is Fire Extinguisher inside. Take it out and place Foot Fetters (from the floor) inside the Fire Fighter's Cabinet. 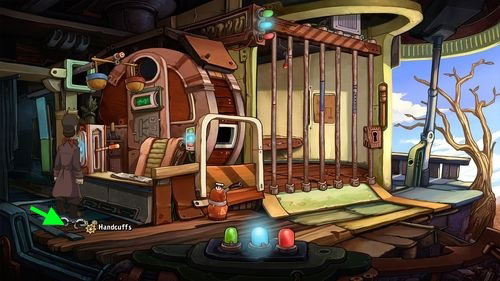 Pull the Lever up, obtaining the police station. Handcuffs will fall down. Again use the lever, pulling it down. 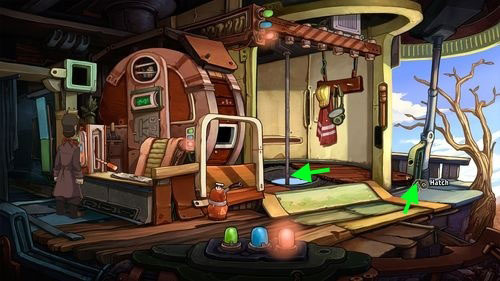 Use Handcuffs on the Hatch (right side of the floor), attaching it to the pole. Once again pull the Lever, pulling it up (middle position). A room will transform into police station but notice the slide in the floor - you can get inside using it! 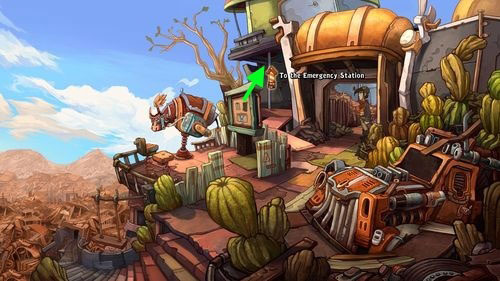 Leave the location and go to the village. Go through the village gate and use the slide to get into emergency station. 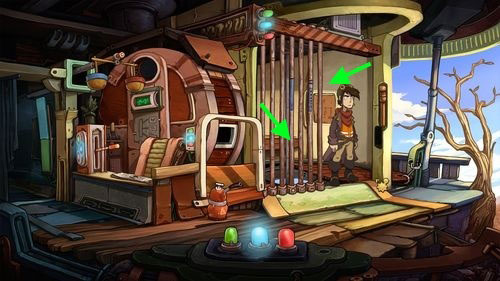 Take the Lock Pick on the bench and use it to open the Cell Grating. 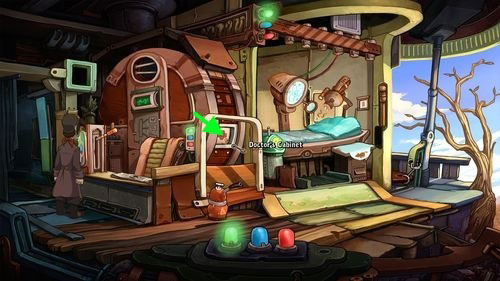 Pull the Lever up, obtaining the doctor's room. Use the Lock Pick to open the Doctor's Cabinet in the large wheel. Inside you'll find Syringe (take it) and Stimulant (will be taken automatically). 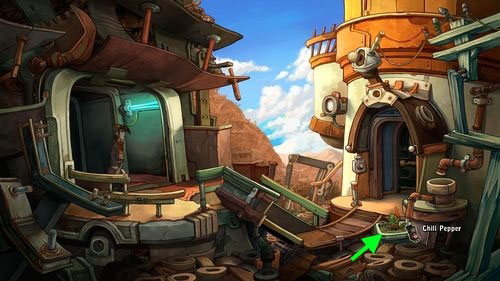 Go to the village center and head to Toni's house. Use Asbestos Gloves to pick up Chili Pepper next to the house door. 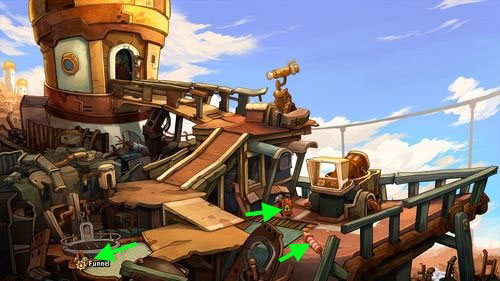 Get inside the house and go out to the backyard. Pick up Funnel to the left of lower ramp. After that pick up the Torch and the Dud next to the harpoon base. Cut the Dud with Dissector's Scalpel, receiving Black Powder. Return to the village. 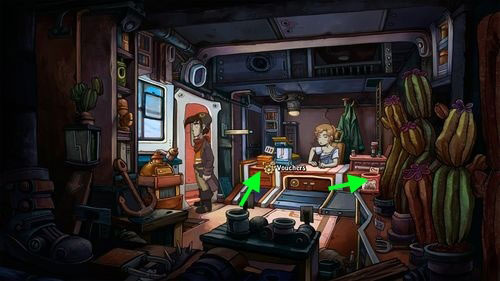 Go inside Toni's shop (to right). After a moment Rufus will try to talk to his ex-girlfriend, making her mad. Ask about Vouchers lying on the left. You'll learn that they can be used in the post office to get merchandise delivered. Mention about closed First Aid Kit in Toni's house. Take a look at jar with Hooks and try to take one. Rufus will be hurt but will also get Key of First Aid Kit. 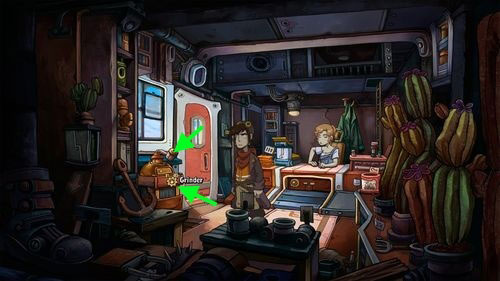 Now go to the Grinder under the window. Put inside it Black Powder, Chili Pepper and Stimulant. Use the Crank and take Coffee Powder out of the Grinder. One main ingredient is found - time to find another one - water.