This chapter of the Deep Rock Galactic guide has all the information about the Morkite mineral - where to find it, how to identify and what it can be used for.

Morkite is one of the minerals found in Deep Rock Galactic. It has a very distinctive dark green-blue color and is the primary target in Mining Expeditions. Morkite appears in caves only during these missions. 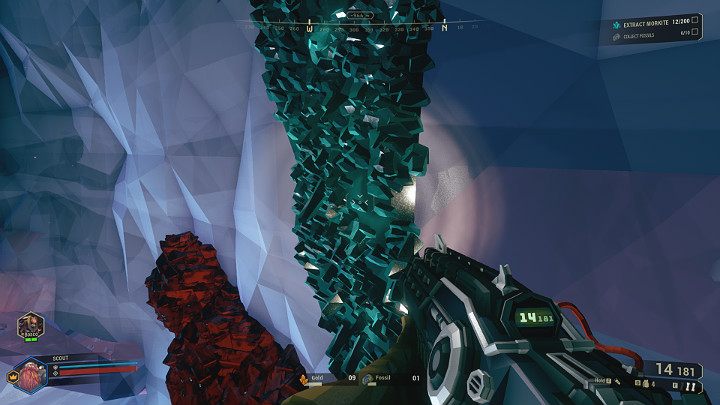 Morkite can be found throughout the planetary system in Mining Expeditions missions. It is usually found on walls, but can also appear on a cave's ceiling. Morkite is a very soft mineral so one hit of a pickaxe is enough to remove a large chunk.