This chapter of the guide to Deep Rock Galactic focuses on weapons skins that can be found during the game - learn what they are, how to get them, and how to change them.

Deep Rock Galactic has an option to customize the appearance of your character by changing not only parts of your suit, hairstyle, and facial hair, but also by changing weapons skins and their color. Weapon skins in Deep Rock Galactic can be found in a variety of ways - some options don't require the player to perform any additional actions, but others are only available after leveling up.

Weapon skins - how to get?

Most of the weapons skins in Deep Rock Galactic can be obtained during normal gameplay and by performing missions. To have a better chance of getting additional weapon skins, the player will have to level up their character to gain access to the endgame content like Machine Events and Deep Dives. Some exclusive weapon skins can only be obtained by purchasing a specific DLC. 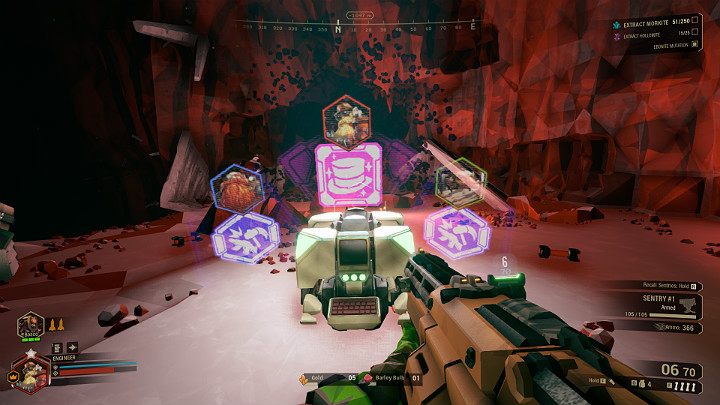 At the time of writing this guide, weapons skins in Deep Rock Galactic can be obtained in the following ways:

Weapon skins - how to change?

After finding or unlocking the first weapon skins, the player will be able to use them to modify the appearance of their equipment. All of your weapon skins can be found in the equipment terminal located on the first level of the space station, right next to the mission terminal. 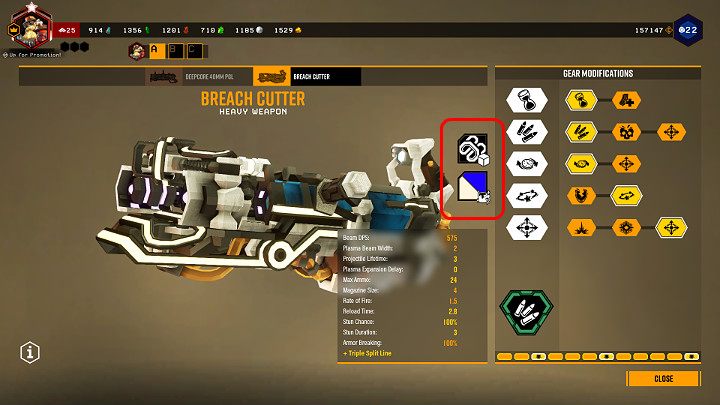 Interact with the equipment terminal and choose the weapon you want to modify. In the image above, a red frame indicates the options to change the weapon skin (the upper square) and its color (the bottom square). Changing the appearance of the weapon is free and can only be done before embarking on a mission.