This chapter of the Deep Rock Galactic guide will try to explain who is Karl, a name mentioned often by other dwarves during toasts and salutes.

Karl's name is often mentioned in Deep Rock Galactic by the other dwarves when using the salutation command (default V key) or while toasting at the Abyss bar. There have been many interesting theories among fans about who Karl might really be - he currently isn't a playable character in Deep Rock Galactic. 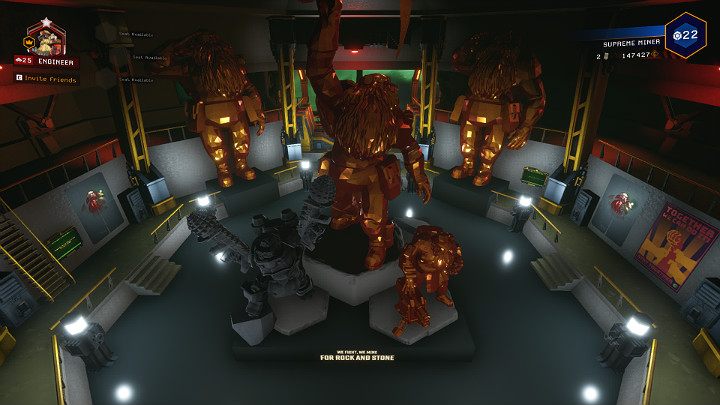 A lot of players are asking themselves - who is or who was Karl? Everything indicates that Karl may have been one of the miners who worked for the Deep Rock Galactic corporation, but unfortunately one day he failed to return from a mission - he made some mistake or sacrificed himself to save his teammates. It is highly likely that the largest gold statue in the Memorial Hall commemorates Karl. This may be the reason why he is often mentioned by other dwarves when embarking on missions or when raising toasts, such as "For Karl!" or "Leave No Dwarfs Behind!".

At the Abyss bar, you can buy Skull Crusher Ale, which has some interesting information in its description - rumor has it that Skull Crusher Ale is partly to blame for what happened to Karl.