This chapter of the guide contains information regarding weekly missions in Deep Rock Galactic - how to unlock them, when they are reset, and what are the rewards for completing them.

Weekly missions in Deep Rock Galactic are a great way to collect a lot of credits, additional resources needed to upgrade equipment and expand your collection of vanity items and Overlocks for weapons. Furthermore, the player can gain Black Matrix Core devices that are needed to collect rewards after performing events with the machines. 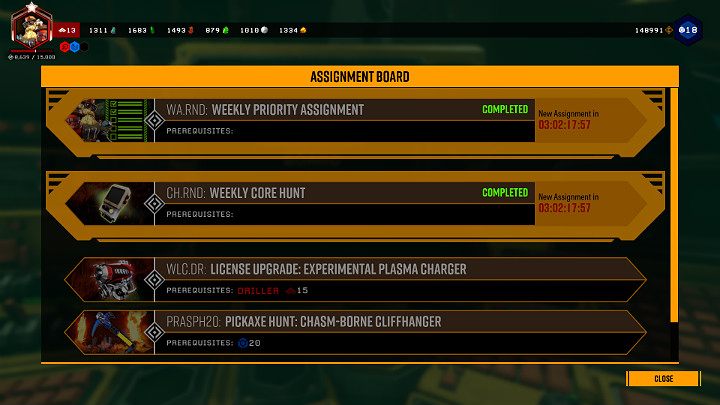 Weekly Priority Assignment tasks can be accepted from the Assignment Board terminal located on the ground floor of the space station. These tasks change weekly and always consist of 3 random missions to complete, which can be completed at any difficulty level. 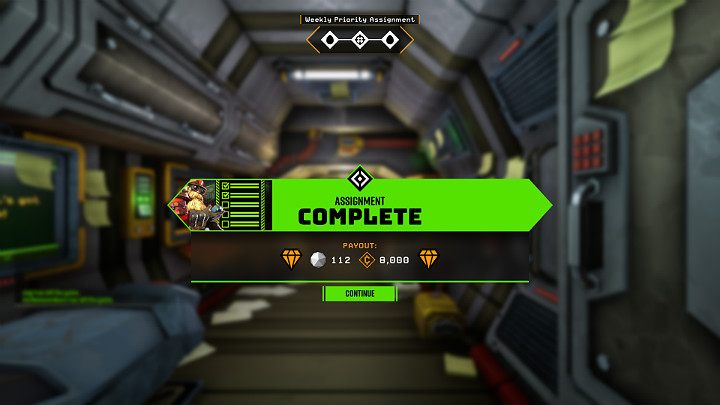 The missions assigned to the Weekly Priority Assignment tasks are always the same for each player so you will often be able to complete them in a group.

Access to Weekly Core Hunt quests can be obtained by completing a set of Breach the Core quests, which can be completed after the character's first promotion in the Deep Rock Galactic. The Weekly Core Hunt task consists of 3 random missions, each of them rewarding the player with an additional prize. 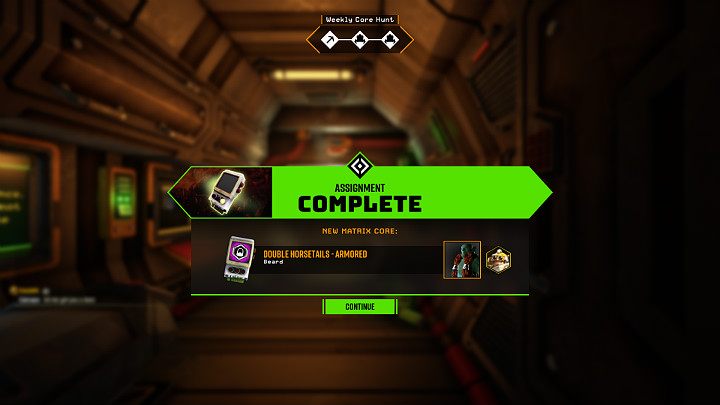