From this chapter of the Deep Rock Galactic game guide, the player will learn the intricacies of character development - what is a promotion, how to get it, what rewards stem from it, how much it costs, and what Honor Badges are.

How to promote a character

The first promotion is unlocked after gaining the maximum experience level (25lvl). Promotion is a kind of Prestige system in Deep Rock Galactic, which allows players to earn Honor Badges and further develop their character after reaching the maximum level. 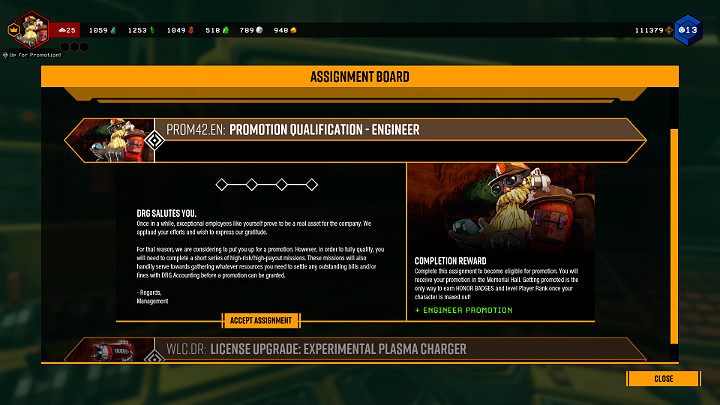 Once you have gained the 25th level of experience the assignment board will receive a new task with a number of missions to complete. Each stage of this task will require the player to complete a specific type of a mission, which will be appropriately marked on the Hoxxes IV layout map. Promotion Qualification missions can be performed alone or in a group.

If you want a quick character promotion, complete all Promotion Qualification missions at the lowest difficulty level (Hazard 1) and without additional warnings that can only complicate the whole process. 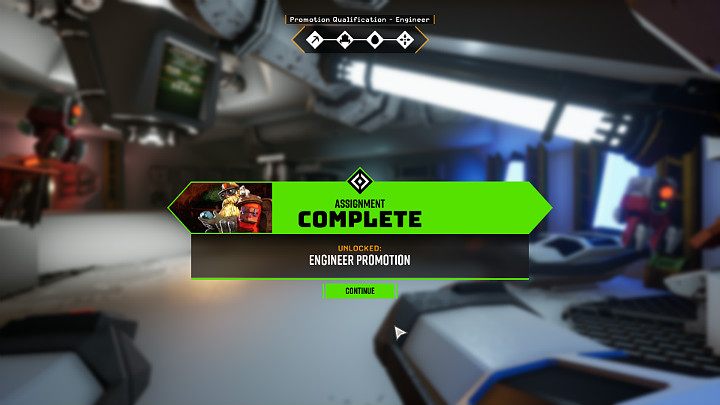 After completing all 4 tasks in the Promotion Qualification quest chain, the player will be given the opportunity to promote a given character class. The promotion terminal is located in the Memorial Hall, at the very end of the glazed wall. The Memorial Hall can be accessed by elevator from the first level of the space station. 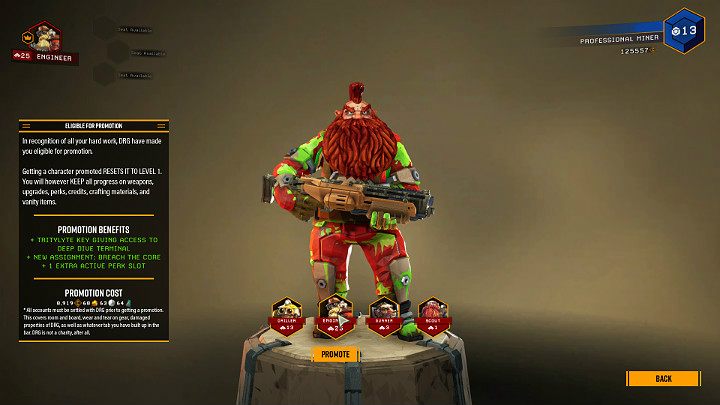 When the terminal is turned on, a list of all the characters will be displayed, and the one who has qualified for promotion will have an additional "Promote" button. Character promotion is unfortunately not free and you will need quite a lot of credits and certain resources to do so.

Note! Character advancement is only possible when the player is not in any group. If you have just finished a multiplayer game, you must first exit the group and then activate the option.

How much a character promotion costs 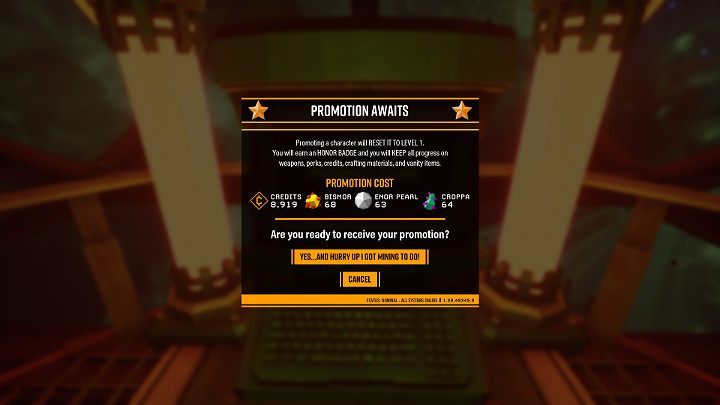 The cost of character promotion in the Deep Rock Galactic may seem awfully high, especially on the higher ranks, but once all cosmetic items and Overclocks have been unlocked, there's nothing to spend credits on. For this reason, the Honor Badge system was introduced to the game, offering rewards for playing missions once the maximum experience level is reached.

What are the benefits of promotion

The character's first promotion in Deep Rock Galactic resets her experience level to 1 and allows her to gain additional levels and consequently rank in prestige, unlocks access to further features, and increases the character's abilities. 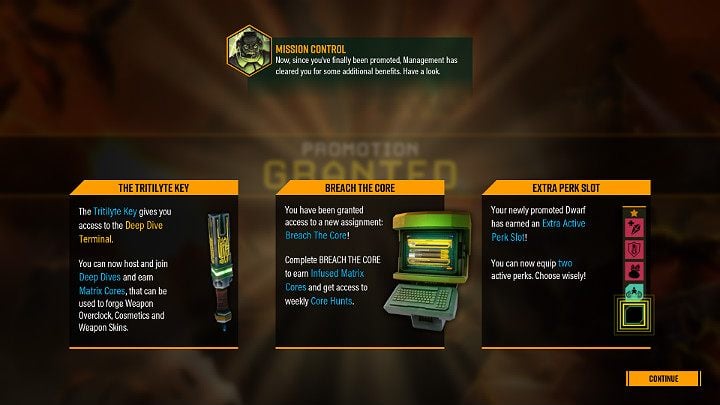 After winning the character's first promotion in the Deep Rock Galactic, the player unlocks the following things:

In Deep Rock Galactic, Honor Badges are unlocked when a given character class is first promoted. Each subsequent promotion of the same dwarf does not bring additional benefits, but is instead reflected in the form of Honor Badges with the appropriate frame color and stars next to the miner's portrait. 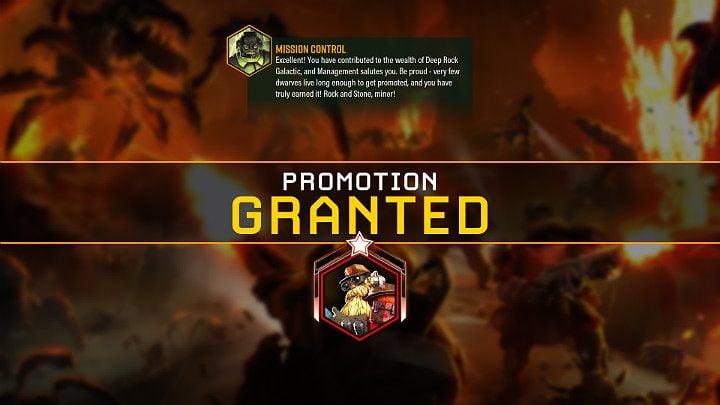 The character's first promotion gives the player a bronze frame with one white star. Each subsequent promotion will add another star to the portrait. After earning three stars, the frame changes from bronze to silver with one star. The player again must earn 3 stars to advance to the gold frame, then to the Platinum, Diamond, and finally to the highest rank of the Honor Badges - Legendary.