From this chapter of the Deep Rock Galactic guide, the player will learn how to unlock the highest threat level, which is Hazard 5 (Lethal).

There are several threat levels in Deep Rock Galactic, so-called Hazard Levels. From the start, each player has access to 4 threat levels, but the last of them, level 5 (Lethal), must be unlocked. In order to do this, the player will have to demonstrate considerable skill and impress the Deep Rock board by completing several extremely demanding and deadly missions.

How to unlock Hazard 5 (Lethal)

You can gain access to Hazard Level 5 only after completing a series of tasks that are unlocked after reaching Level 15. After reaching the required level, the player will be able to take a special task from the Assignment Board terminal. 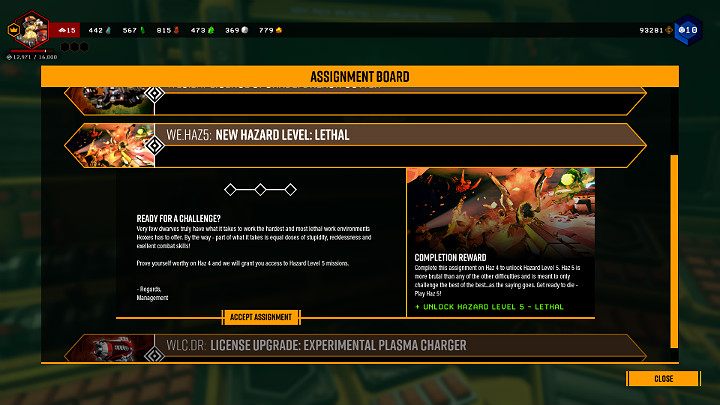 As you can see in the image above, an additional task consisting of 3 stages appeared in the Assignment Board terminal. Each stage will require the player to complete a specific type of mission, which will be appropriately marked on the Hoxxes IV layout map. Missions can be performed alone or in a group.

All tasks from the New Hazard Level: Lethal must be performed on the 4th threat level in order to score further progress. Before joining multiplayer gameplay, filter the browser to search for only Hazard 4 servers. 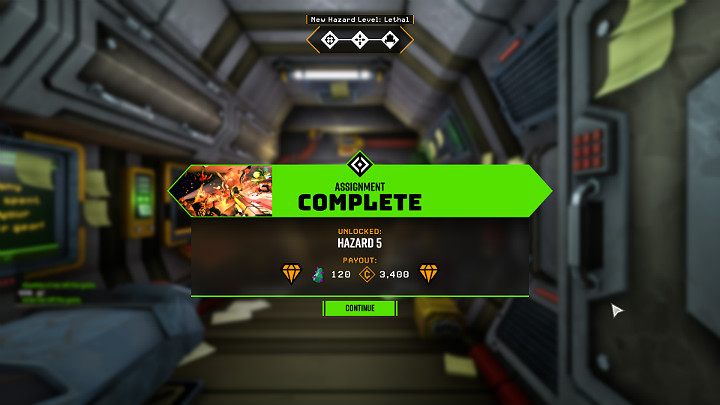 After completing all 3 tasks in the New Hazard Level: Lethal series, The player will receive additional resources, a large amount of credits, and access to missions at the highest possible hazard level, which is Hazard 5 (Lethal).