The evacuation process from the Elimination mission is very similar to that implemented in the Mining Expeditions and Egg Hunt missions. After completing the main task and optional side task, players can initiate the evacuation process by pressing the appropriate button on the M.U.L.E. robot. 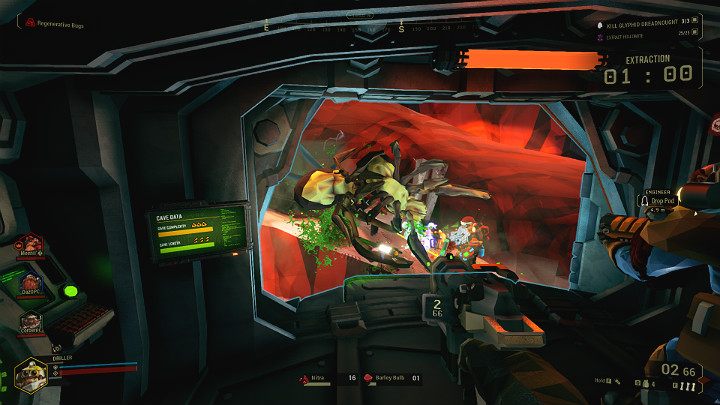 Players have 5 minutes until evacuation - if they don't do that within the time limit, then the mission will fail. It is worth noting here the fact that in Elimination missions the escape vehicle usually lands slightly closer than in the case of mining missions so you do not have to run through the entire length of the cave.