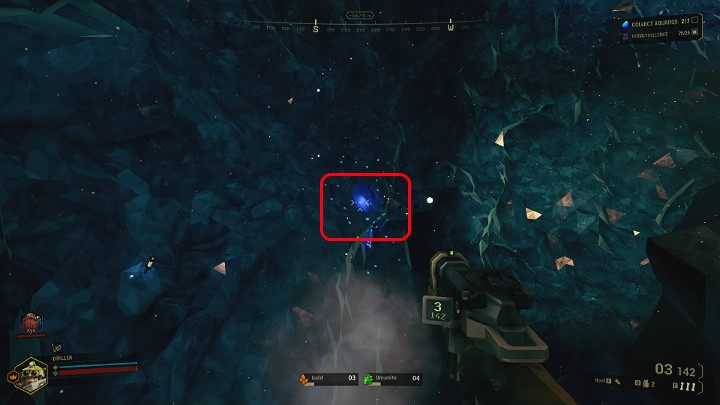 Aquarq crystals are hidden inside ice walls - you can recognize them by the blue spots on the rock surface and the slight blue glow emitted by the crystal itself. Aquarq crystals can be hidden far up so Engineer's or Scout's help is invaluable during this type of task. 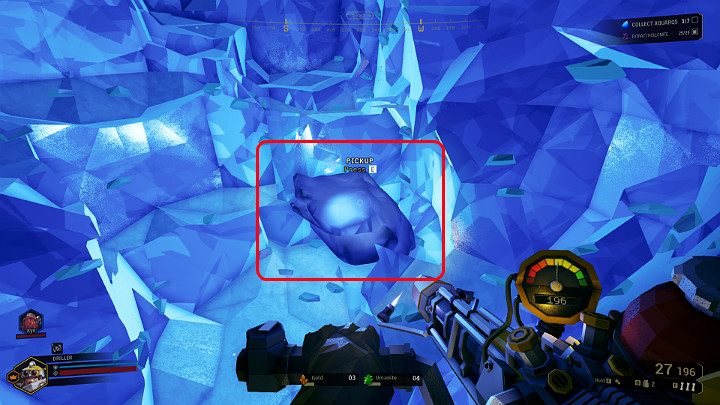 When you locate a crystal hidden inside a rock, you will have to extract it. The Aquarq crystal can be obtained in several ways - with a simple pickaxe, the special Driller tool, or with explosives. Once the crystal is separated from the rock, it can be picked up. 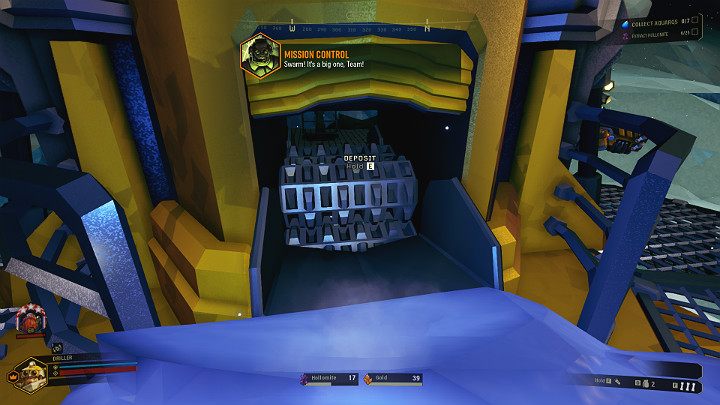 After collecting the crystal, the player is unable to perform any other actions. Their character also moves much slower. Aquarq crystals must be delivered to the mining platform and thrown into one of the two deposits.

The amount of Aquarq crystals that needs to be collected depends on the mission's length and its difficulty: