The evacuation process in a Salvage Operation mission is slightly more complex than in the other missions available in Deep Rock Galactic. The player doesn't have to run to the escape vehicle as it is already in the landing zone. Unfortunately, it is broken - you have to repair it to get back to the space station and complete the mission. 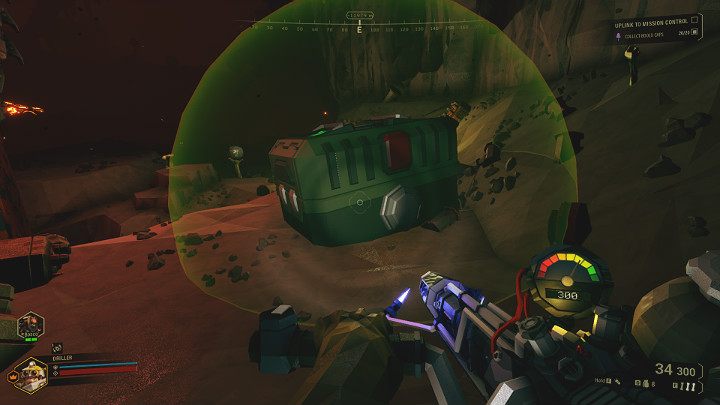 The first step is to press the button on the M.U.L.E. robot. It will get inside the vehicle - the machine will be unavailable for the remaining duration of the mission. The next step is to activate the uplink. The image above shows a large container surrounded by a green glow. Approach and interact with it to start deploying the equipment (hold the E key). 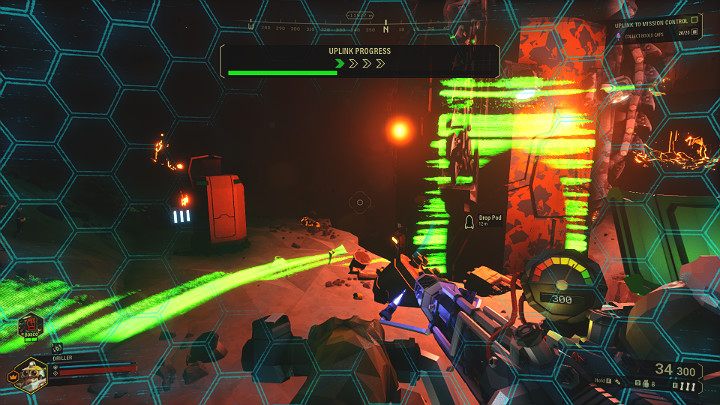 Once the uplink is deployed, the game will start activating the mechanism - this takes several dozen seconds. During this time, the player must remain in the green circle and defend themselves from aliens until the process is complete.

Note! The player has only one chance to complete this phase of evacuation. If you leave the green area and don't get back in time or die while defending the point, the entire mission will end in failure. 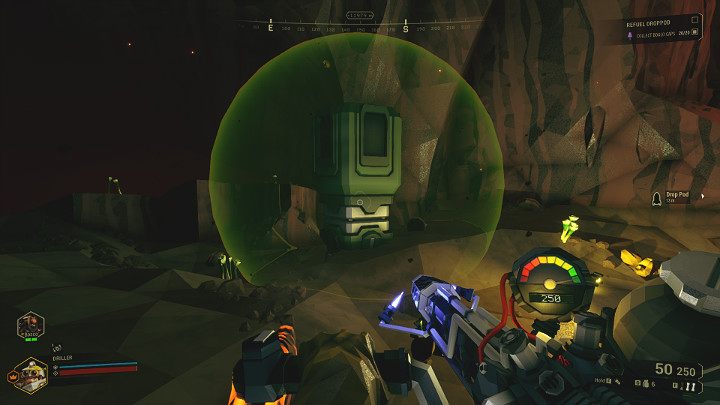 The next step in repairing the escape vehicle during a Salvage Operation mission is to activate the fuel connector. The mechanism must be activated manually, just like the uplink (hold the E key). 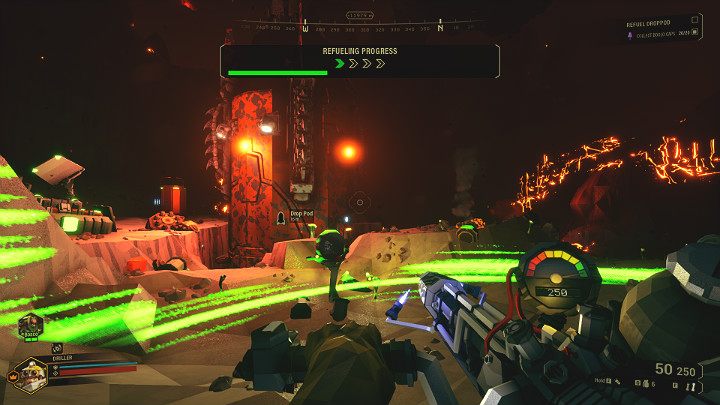 Once the fuel connector has been successfully deployed, you will begin the refueling phase. During this sequence, the player must remain in the green circle and survive for several dozen seconds.

Note! The player has only one chance to complete the refuelling sequence. If you leave the green area and don't get back in time or die while defending the point, the entire mission will end in failure. 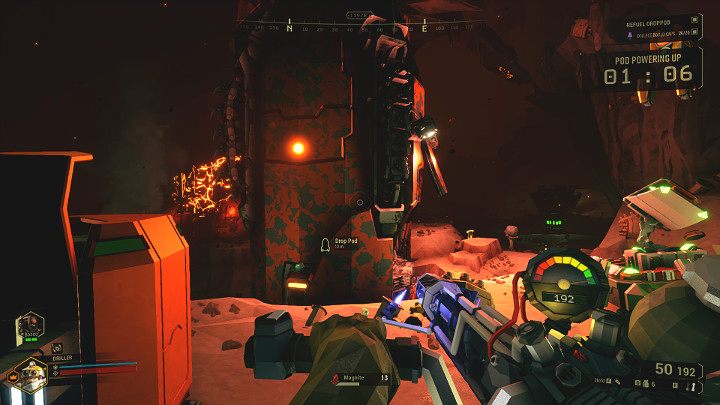 Once the tanks are refuelled, you will start the evacuation process - it takes 1 minute and 30 seconds. During this time, the player must again fight for survival. You can also get attacked by stronger opponents, such as the Praetorians. When the time limit is over, the player will finally be able to board and return to the space station.