Mining Expeditions caves are generated in a very characteristic and distinctive way. They are usually linear and the individual segments of the cave are separated from each other by brown sand walls, through which you have to break through in order to continue your underground exploration. 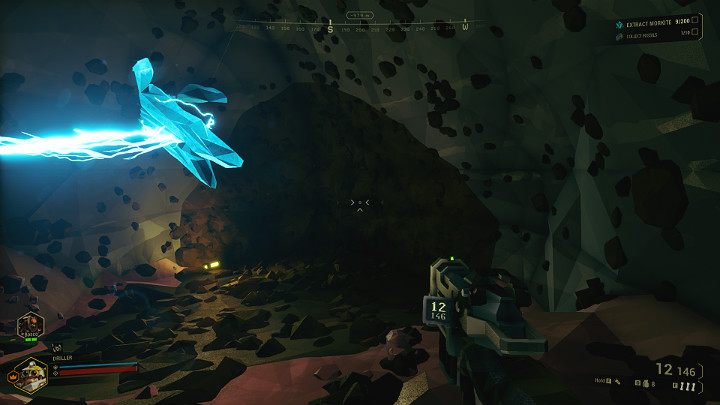 In the picture above you can notice a wall of brown sand that connects one part of the cave to the other. It is easy to break through the sand with a pickaxe, as it requires only two strikes. Drillers can do it almost instantly. It is also worth noting the electric crystals hanging from the cave ceiling. It's one of the traps waiting for the dwarves inside the caves. Other obstacles may be, among others, worthless crystals that block the way, lava explosions, bombs, mosquitoes nests, freezing and chilly blows of air, or giant cobwebs that obscure visibility.

Electric crystals are extremely dangerous for any miner because they cause considerable damage on direct contact. They are resistant to damage, but can be destroyed by a few or several shots (depending on the weapon used). Crystals can be easily destroyed by explosives, as they're vulnerable to explosive charges. Cobwebs are much easier to deal with because you just have to burn them down. 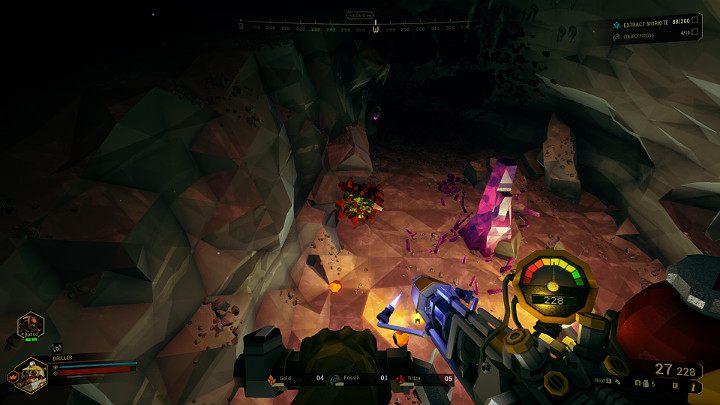 Another characteristic feature of the caves generated for mining missions is the vast chamber at the very end, the so-called Vault, where you may find very large amount of resources such as Morkite, Gold, Nitra, as well as rare resources like Bismor.