From this chapter of the guide, you can find out what the Deep Rock Galactic's secret treasures are and how to find them.

While completing missions in Deep Rock Galactic, you can also find a cave where additional treasures will be hidden! The chance of such circumstances are relatively small (or at least quite low), but by completing normal tasks each player can gain additional items in the form of raw materials, armor paints, skins and other cosmetic items. 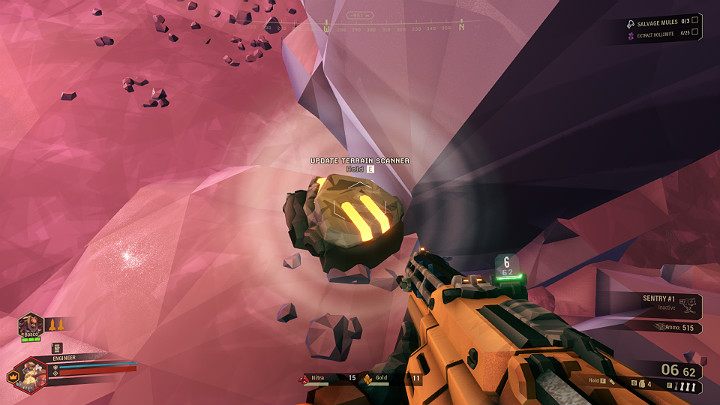 Fortunately, you don't have to blindly search for the secret treasure room. During the exploration of the underground complex, listen carefully to the surroundings and try to catch the characteristic "beep" sound (the same sound as in the case of Cargo Crate batteries). By following the sound, you have a chance to find a device that will update your terrain scanner and mark on the map where the treasure was buried. 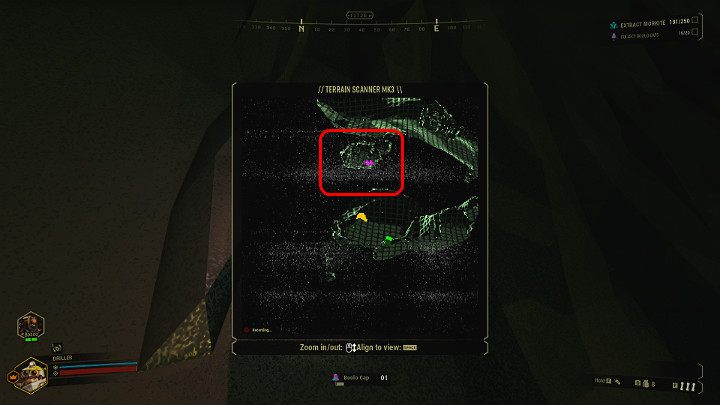 After using the device described above, the map available on the scanner will be updated. After that, the room with the hidden treasure will be indicated by a purple marker, which can be seen in the picture above. A small treasure chamber is usually located deep underground and must be dug by hand or by using Driller's equipment. 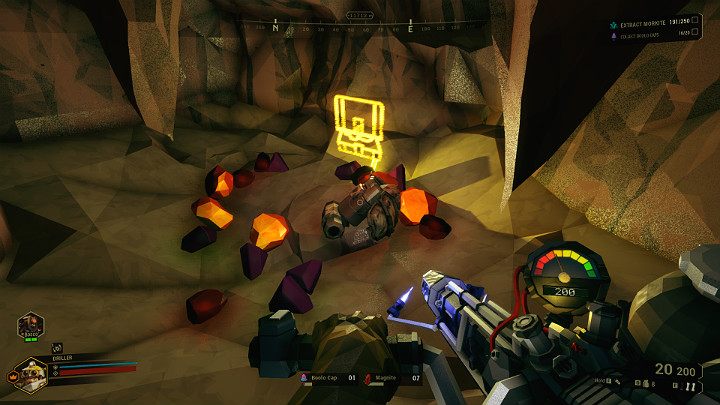 Inside the cramped chamber you will find many rare materials, such as Cropp, which are used to improve items, as well as various skins for weapons and cosmetic items with which you can change the appearance of your character.