From this chapter of the guide you can find out what are the Hazard Levels in Deep Rock Galactic. 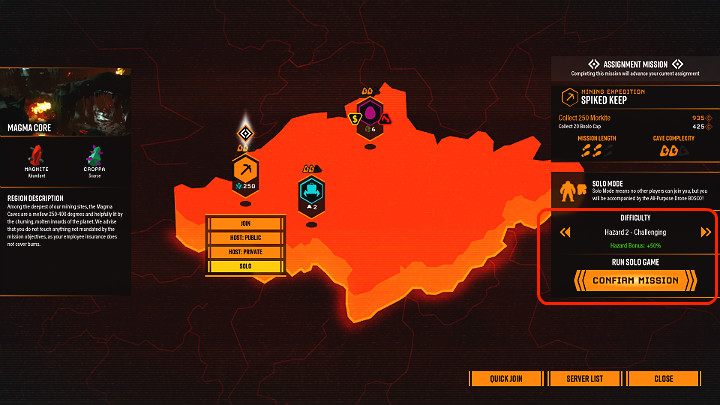 In Deep Rock Galactic there are 5 Hazard Levels, of which 1 is the easiest one and 5 the hardest one. You have to additionally unlock it by performing a number of Special Assignment Missions (the hardest level). It is also worth mentioning that the level of threat affects the quantity and quality of rewards received after successful completion of the mission.