One of Scout's greatest advantages is his special equipment, namely the Grappling Gun and Flare Gun. Grappling Gun is a tool that provides Scout with incredible mobility, and Flare Gun will light up even the darkest caves, revealing valuable resources and a potential threat to the team consisting of brave dwarves.

Grappling Gun is an extremely useful reconnaissance tool that allows Scout to get into hard-to-reach places and collect raw materials from the top floors of caves. Grappling Gun is a gun with a winch that is able to fire a rope with a hook and then move (pull) a specific character to particular location. 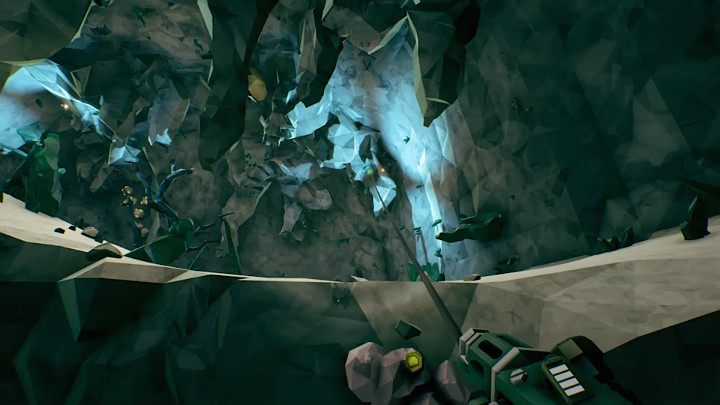 Grappling Gun can also be used during combat. By using it, Scout can quickly evacuate from a threatened area and launch an attack from another position. After the hook is fired, there is a short pause, during which the rope flies to the target point, and then the character is being moved to the destination. This process can be delayed by holding down the shot button. You have to be extremely careful during the pull (movement to the destination) as pressing the fire button again will make the dwarf to loose the rope and fall down (your hero may die).

Scout's Grappling Gun is a perfect match for the platforms created by the Engineer. By using these two skills, Scout can quickly acquire minerals that are located in the upper part of the cave and are inaccessible to other dwarves.

Flare Gun is an extremely useful secondary tool that is available for every Scout. With this launcher, the Scout can fire illuminated glowing flares that get attached to the walls and ceilings of caves. They illuminate the area. The flares fired from this launcher glow much brighter than standard manual flares thrown by dwarves and also last much longer, as much as 75 seconds. 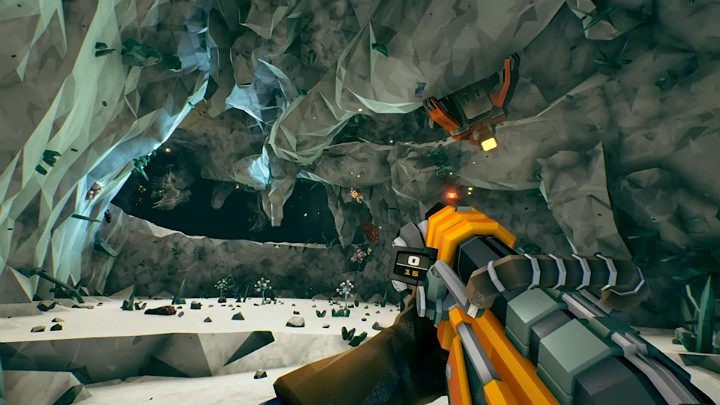 Well-lit rooms won't keep any secrets from the dwarven team. You can inspect all the nooks and hard-to-reach places in the area. Good visibility also allows to immediately locate a potential threat and plan an offensive action. Unfortunately, Flare Gun suffers from a small amount of spare bullets, so you have to use it wisely.