The Zipline Gun is an extremely useful long-range weapon capable of firing very strong ropes that greatly facilitate the exploration of an underground complex. To fire a zip line, you have to stand on a solid ground and aim at a specific point at the right angle. 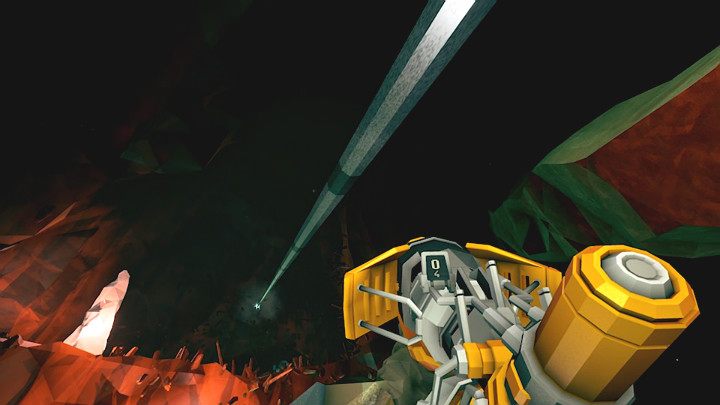 Zip lines fired from a Zipline Gun cannot be destroyed. This means they are completely ignored by opponents. What's more, zip lines won't disappear even if the ground beneath them collapses or gets destroyed. It is also worth knowing that the speed of movement on a zip line depends on its slope angle.

NOTE! If a player gets too much damage while riding the zip line, his character will be thrown into an abyss and most likely die. What's more, when using zip lines, you should especially watch out for Mactera type of opponents, because their spitting attack can also throw the dwarf into the abyss.

The Shield Generator is an extremely useful auxiliary tool that can be found in Gunner's equipment. Shield Generator activates upon contact with the surface and immediately begins to emit a protective shield that can withstand attacks from all minor creatures. More powerful opponents, such as the Praetorians, can break through the shield. 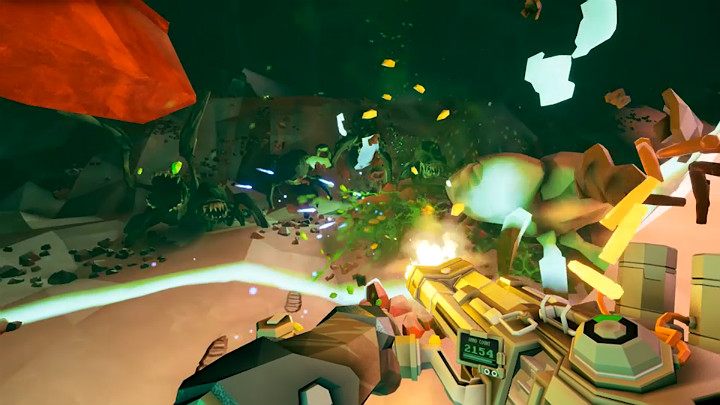 The protective shield lasts for 6 seconds and then deactivates, automatically returns to Gunner's backpack and switches into cooling mode. While opponents cannot breach the barrier created by the Shield Generator, all team members can shoot freely through it to eliminate further targets. It is worth knowing that dwarves standing inside the shield receive 50% less damage and additionally charge their own protective shields (blue bars over the red health bars).

Shield Generator is a device that can be successfully used while resurrecting allies. The shield will work long enough to easily get your teammate back on his feet and prepare for the next fight.