The Gunner's first auxiliary weapon is the Bulldog Heavy Revolver, but after advancing to level 15, he gets access to an alternative secondary weapon - BRT7 Burst Fire Gun. The revolver has great firepower and is suitable for eliminating minor opponents, and the BRT7 Burst Fire Gun is an automatic pistol that has a burst firing mode, which fires several rounds in a series.

The Bulldog Heavy Revolver is a powerful hand-held pistol that fires high-caliber rounds and inflicts very heavy damage. Gunner's revolver has space for only 4 bullets in the barrel, but the character can quickly reload them using specially prepared magazines & clips. The greatest advantage of Bulldog Heavy Revolver weapon is its firepower, which is one of the highest available in the whole game. By targeting the weak and vulnerable spots of your opponent, you can defeat an enemy with just a single shot. 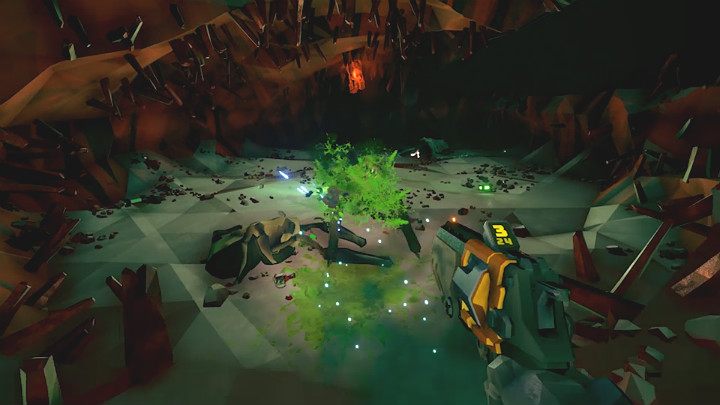 Another advantage of this revolver is its accuracy. By standing still, you are able to hit any target, even at a considerable distance from your character. Bulldog's drawbacks include a small magazine capacity and a long reloading time.

After reaching level 15, Gunner gets access to an alternative auxiliary weapon, which is the BRT7 Burst Fire Gun. This automatic hand gun fires three accurate projectiles. The BRT7 Burst Fire Gun has a large supply of ammunition and quite good accuracy, so it can be successfully used in motion. Unfortunately, compared to Bulldog, BRT7 does very little damage and is not used that often during gameplay.