Gunner is one of the characters available in Deep Rock Galactic. Gunner's primary task is to effectively eliminate alien swarms, as the character possesses the most offensive set of equipment of all the miners available in the game. The Gunner's primary weapon is Lead Storm Powered Minigun, which can be used to quickly annihilate consecutive targets without interrupting the fire rate. 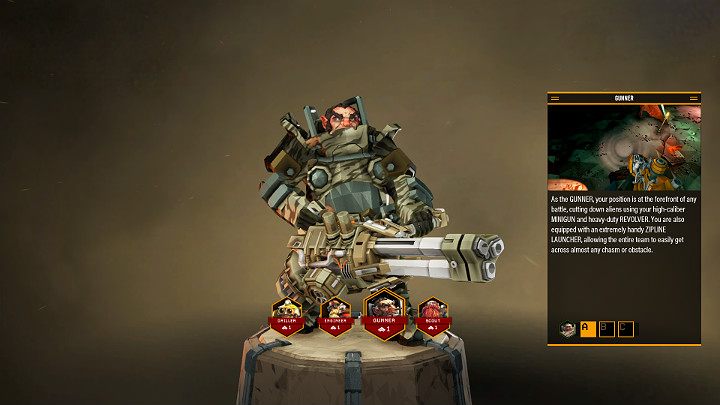 Gunner's secondary weapon is the Bulldog Heavy Revolver, a large-caliber handgun. Gunner's special weapon is the Zipline Gun, with can be used to fire a rope connecting two points and allowing the team to quickly move from point A to point B. As befits a true Gunner, he has several explosive gadgets in his range, such as Sticky Grenade, Incendiary Grenade and Cluster Grenade.

Deep Rock Galactic has a lot of perks - the player can equip their dwarf with them to further adjust their play style. We recommend the following perks for Gunner character class: