Like every class available in Deep Rock Galactic, the Engineer has access to three throwing items. The primary item to throw, that can be used by Engineer, is L.U.R.E. - a miniature projection device. After reaching level 5, Engineer can unlock Plasma Burster, and then Proximity Mine at level 10.

L.U.R.E. is a clever miniature projection device. When activated, it evokes a hologram of a dancing dwarf luring all opponents in the vicinity of this device. 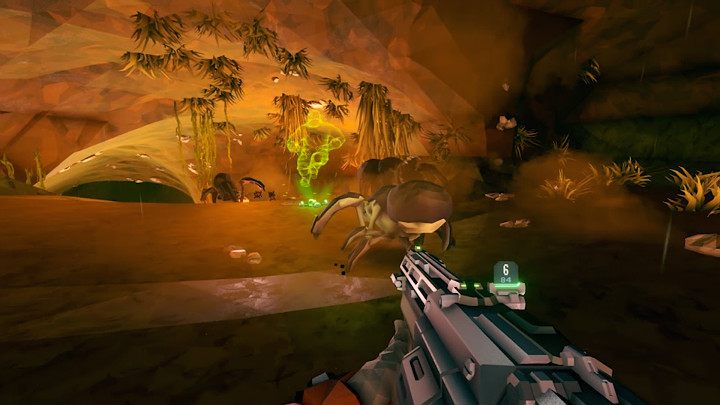 Like any invention, L. U. R. E. has some disadvantages. L.U.R.E. works most effectively against opponents who have not thrown themselves on their target yet. Larger opponents such as Pretorians are also more resistant to the effect of L.U.R.E. device.

L. U. R. E. has a small amount of health points, so it can be quickly eliminated by a larger swarm of enemies. When this happens, the device emits a short wave of electrical energy that deals relatively low damage but has the chance to stun enemies.

A Plasma Burster is a plasma grenade that inflicts significant direct damage in a specific area. Plasma Burster activates immediately upon contact with the ground and splits into 4 smaller charges, which explode after a while, causing a certain amount of damage.