One of the engineer's greatest strengths is his special equipment, that is, Platform Gun. With this invention, the Engineer can shoot special composite material and create stable platforms which can be used by the team to get to hard-to-reach locations. The Engineer also has a LMG Gun Platform turret, which is perfect for defending against alien swarms.

Platform Gun is an unconventional invention that shoots with a special composite material, which adheres to a specific surface and turns into a platform that is able to support the weight of the entire team. The primary function of this auxiliary weapon is to create platforms that can be used to acquire hard-to-reach raw materials or to create staircases by which the team can access the upper floors of the cave. 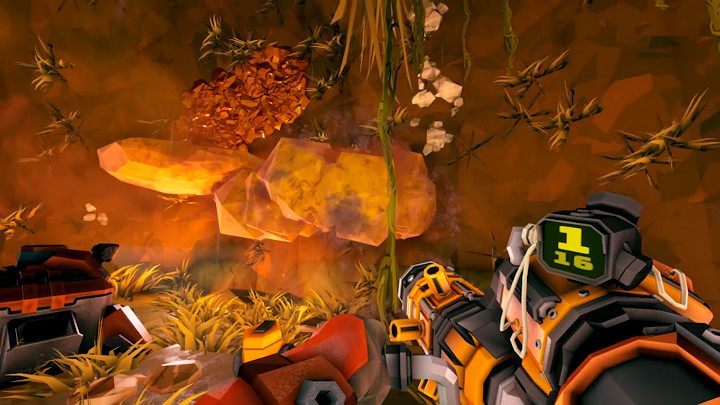 It is worth noting that while the composite material from which the platforms are made of is stable and can withstand heavy weight, it is quite prone to damage. If the platform was created in the wrong place it can be easily destroyed by using a pickaxe or explosives.

The platforms created by the Engineer are perfectly compatible with Scout's special weapon. By using these two skills, Scout can quickly acquire minerals that are found in the upper parts of the cave. Furthermore, platforms are often used to create a safe passage over a lava stream or other substance that limits character control.

The LMG Gun Platform is an extremely useful auxiliary tool that can be found in every engineer's equipment. This small and fully automatic defensive turret is able to track individual targets and effectively eliminate them while increasing the offensive strength of the entire team. 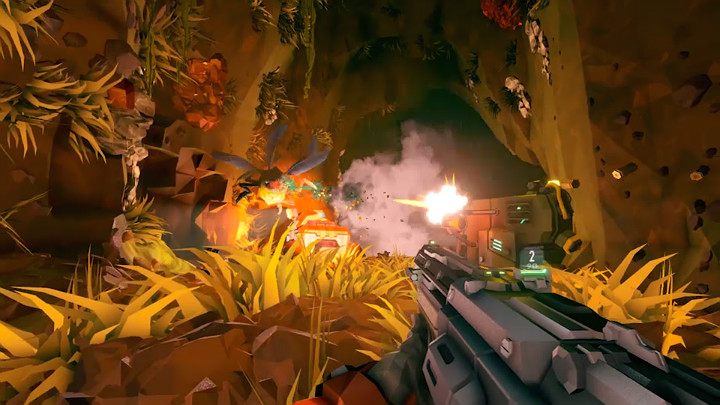 By default, every Engineer can have only one LMG Gun Platform turret active at a time. By moving deeper into the cave complex, the Engineer can summon a pre-armed cannon that will automatically fold up and start flying towards its owner. Once it reaches the spot, it can be re-armed after some time.