Deepcore 40mml PGL, a portable grenade launcher, is the Engineer's starting side weapon. It is characterized by a great range and very large explosion radius - a single shot can eliminate an entire swarm of minor opponents. It is worth noting that the Engineer can hurt his teammates when they are fighting in a small space - keep this in mind. 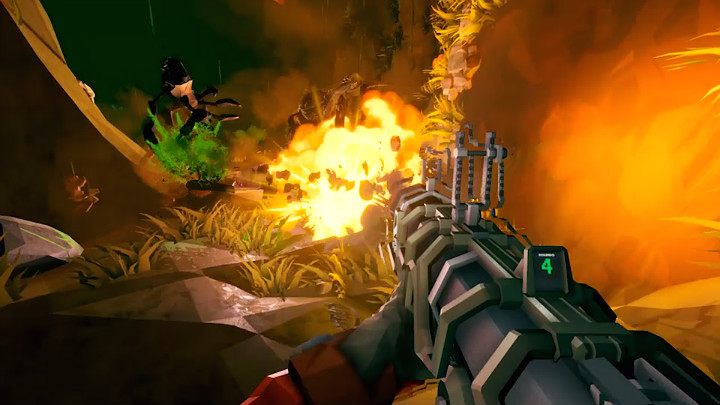 The biggest drawback of Deepcore 40mml PGL is the small ammo supply and the long reloading time, which means that each shot must be well thought out and, most importantly, accurate. Moreover, due to the fact that the grenades don't cause direct damage upon hit, Deepcore 40mml PGL doesn't work very well against stronger opponents like the Praetorians.

It is worth knowing that Deepcore 40mml PGL causes fear among the enemies. Any alien who survives the grenade's impact will start to flee in panic. This gives the team enough time to catch their breath before the next battle.

Upon reaching level 15, the Engineer gets access to an alternative side weapon, the Breach Cutter. The Breach Cutter is a unique weapon because instead of firing standard plasma projectiles, it fires plasma beams that, after a short while, increase their radius, piercing enemies and severely wounding them. The biggest drawbacks of the Breach Cutter are the low ammunition supply and long reloading time. Breach Cutter works well against more opponents, but it is also a great weapon against larger enemies such as the Praetorians.

It is important to know that plasma beams can penetrate all terrain obstacles, such as rocks and walls without losing any effectiveness. This way you can take out opponents who haven't left a corridor yet.