This chapter of the Deep Rock Galactic guide focuses on Engineer. You will find a detailed description of his equipment along with recommended modifications, suggested perks and tips that may be useful during gameplay.

Engineer is one of the characters featured in Deep Rock Galactic. The Engineer's primary task is to create unconventional paths to the highest or lowest areas using a specialized Platform Gun. The engineer's main weapon is the Warthog Auto 210 shotgun which can inflict heavy damage to a single target. 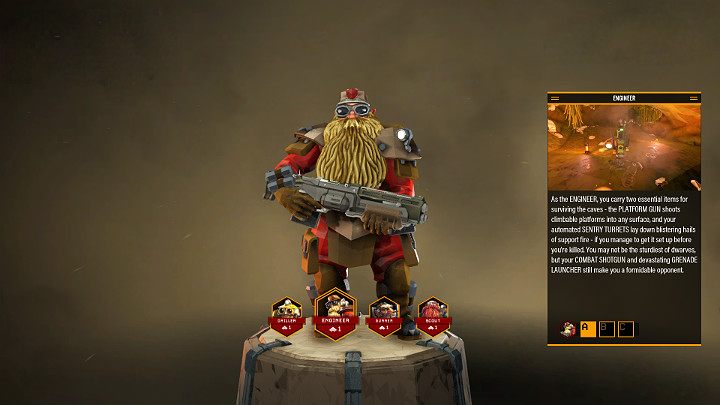 The engineer's secondary weapon is the Deepcore 40mml PGL rocket launcher, which works well when fighting larger groups of opponents. As befits a true inventor, the Engineer has several gadgets in his assortment, like a weapon that creates platforms, automatic gun turrets and holograms that lure opponents.

Deep Rock Galactic has a lot of perks - the player can equip their dwarf with them to further adjust their play style. We suggest the following perks for Engineer: