Driller's starting side weapon is Subata 120 handgun. However, upon reaching level 15, you get access to a new side weapon, the Experimental Plasma Charger. Subata 120 performs well at medium and long distance and deals good damage to a single target. The Experimental Plasma Charger is a slightly more versatile weapon, as it has two shooting modes - single plasma charges and larger projectiles that cause area damage.

Subata 120 handgun is a good side weapon. This weapon is characterized by a very large ammunition supply (up to 160 rounds), good accuracy, and fast rate of fire. 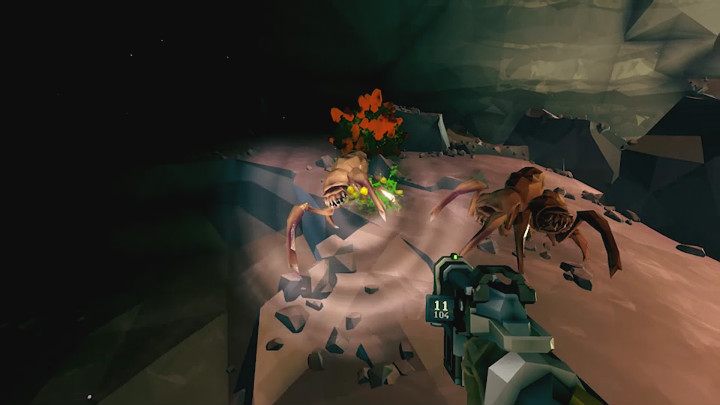 The primary function of the Subata 120 is to shoot opponents who are outside the range of the CRSP Flamethrower. What's more, this pistol is also useful in tight rooms, where you could seriously injure allies by using the flamethrower.