This page of the Deathloop game guide contains a list of recommended weapons. We've compiled a list of the best firearms for winning open battles, performing sneak attacks and eliminating enemies from very long distances. 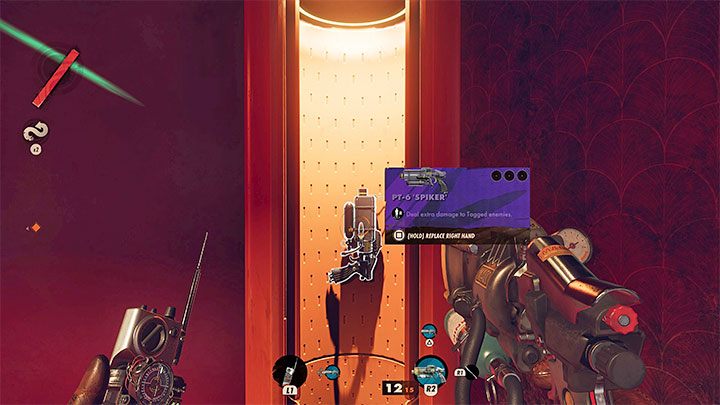 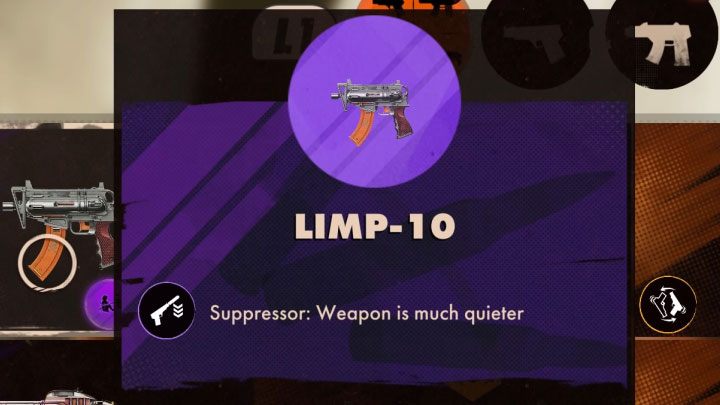 This is one of the most common weapons in the game. This submachine gun is useful for both single shots (even at medium range) and continuous shooting. We recommend looking for a variant fitted with a silencer, which turns the LIMP-10 into an ideal weapon for stealth missions. You can easily get rid of enemies and even if you miss the first shot, you can quickly fire a longer burst to finish off the alerted enemy. 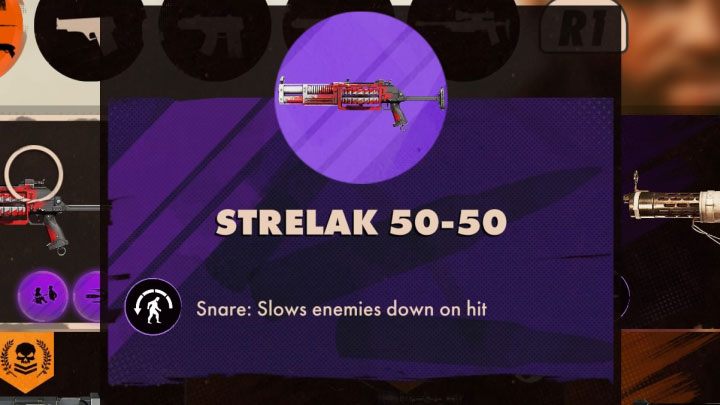 This is also one of the most common weapons in the game. It's an automatic shotgun, which, in our opinion, is the perfect gun for direct fights, owing to its high force of impact, of course. It should also have a large magazine, allowing you to get through longer battles without having to reload it. 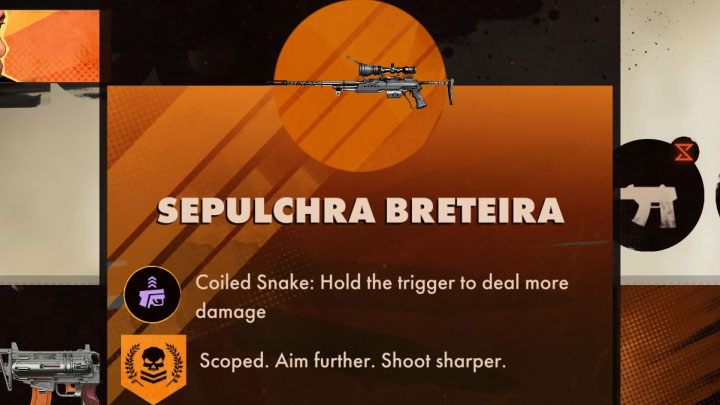 This legendary sniper rifle can't be obtained by exploring the world or searching the bodies of Visionaries. Instead, you will need to complete the Keep On Giving arsenal lead, which we have described in our guide.

The sniper rifle is of course perfect for eliminating targets from very long distances - you can increase the zoom of the scope and hold your breath. This particular weapon also allows you to charge your shots by holding R2 before releasing the trigger. This increases the power of the projectile and this feature should mainly be used when attempting to kill Visionaries who can survive a single regular hit. 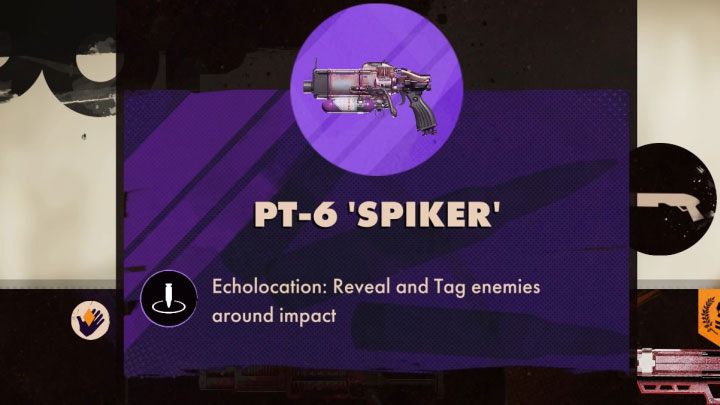 The Spiker is one of the common weapons found in the game world. All weapons in this group are distinguished by the fact that they shoot nails. This feature isn't particularly useful in direct combat, but it's perfect for stealth and sneak attacks. Nail shots are strong and, in the vast majority of cases, fatal. Unfortunately, unlike the previously mentioned LIMP-10, you can't afford to miss, because the Spiker doesn't have the option of continuous fire to finish off an alerted enemy. 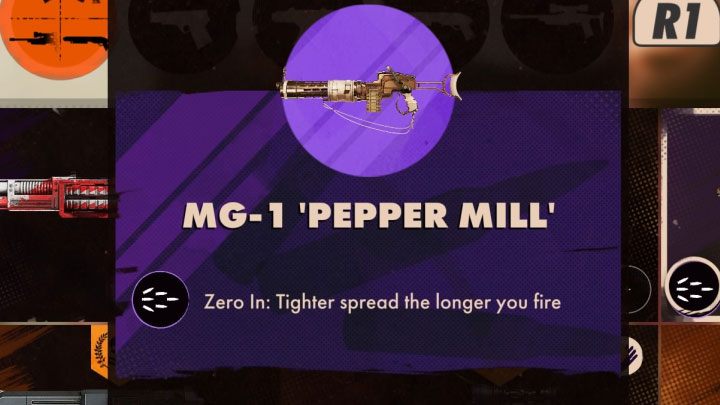 This heavy machine gun is commonly found in the game world. The Pepper Mill can fire continuously for a long period of time and some variants have a unique feature that further enhances this process. This can be a good weapon for engaging in direct battles with groups of opponents, especially since, unlike the aforementioned shotgun, you aren't limited to attacking enemies only at short range. The Pepper Mill will also kill slightly more distant targets. 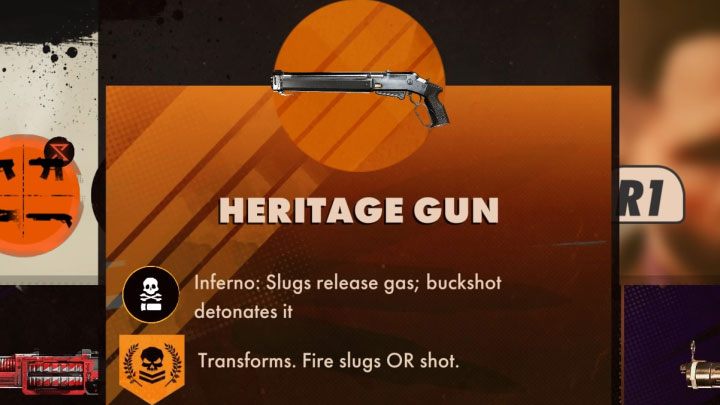 This unusual name was given to the legendary short-barreled shotgun, which is obtained by completing the Super Shifty arsenal lead - you have to complete one of Charlie Montague's longer games, which we described in our guide.

This weapon's unique feature is that its main firing mode releases ball-shaped projectiles that release poison gas. You can then switch to the alternate firing mode and shoot gas-detonating shells. This is an excellent technique for neutralising groups of opponents, especially as they will be hampered in their attempts to relocate once the gas has been sprayed. 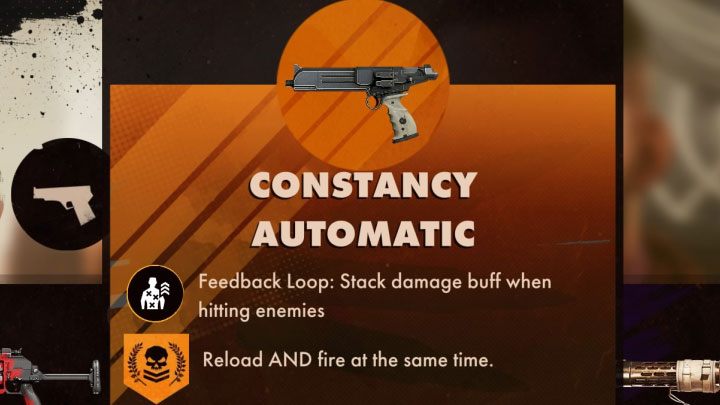 Constancy is a legendary automatic pistol. You can take this unique weapon away from Frank the visionary during the All Night Long arsenal lead, which is a part of the longer Ballad of Ramblin' Frank visionary lead - both of these tasks were discussed in detail in our guide.

Constancy has two unique features. First, it lets you continue firing even while reloading, since two magazines are attached to the weapon. The second feature is the feedback loop, which stacks an increasing damage bonus the more enemies you hit. You'll appreciate it during longer fights. 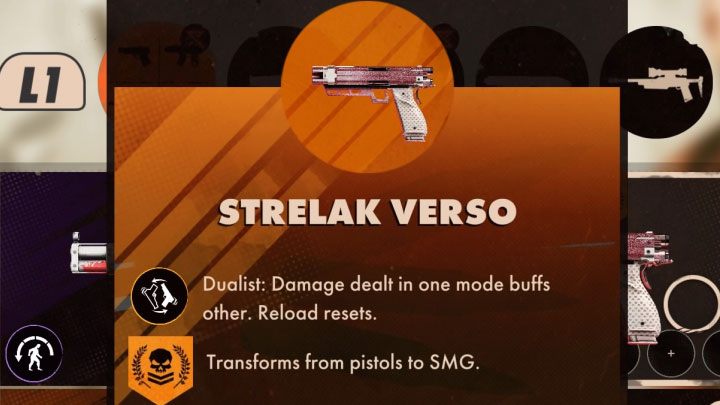 Strelak Verso is the name of the two legendary pistols. They can't be found as common loot, as they are a unique reward for completing the In This Together arsenal lead - its walkthrough can be found in our guide.

Colt automatically dual wields the pistols upon equipping them. Their additional feature is connected to this trait, as shooting the guns alternately increases the damage they deal and this bonus is retained until you reload. Alternatively, you can also combine the 2 guns into 1 submachine gun in order to be able to fire continuously. This allows the Strelak Verso to become a universal tool of destruction useful in a variety of situations.