This page of the guide to Deathloop contains a description regarding locating and defeating a boss, Harriet Morse - she's one of the Visionaries (the game's main antagonists). You'll learn where to find Harriet Morse, how you can kill her, and what are the rewards for defeating the Visionary.

Key information about Harriet and her whereabouts 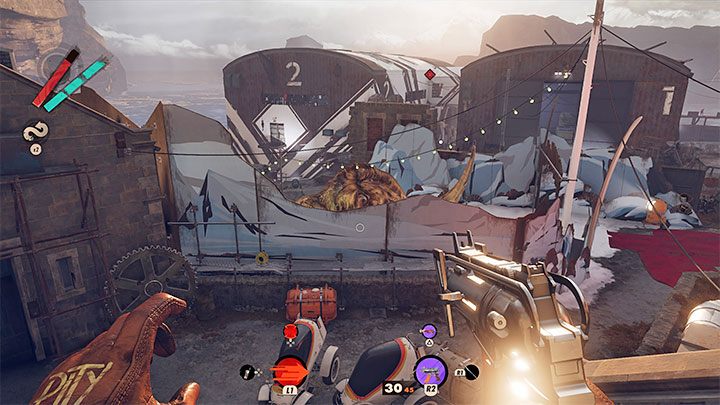 Harriet Morse is a writer and spiritual leader dedicated to sharing her wisdom with the island's Eternalists. She resides in hangar 2 in Karl's Bay district. Colt can only meet the Visionary if you visit this place in the morning. When you choose a different time of day, the hangar will be closed, and Harriet won't be there. 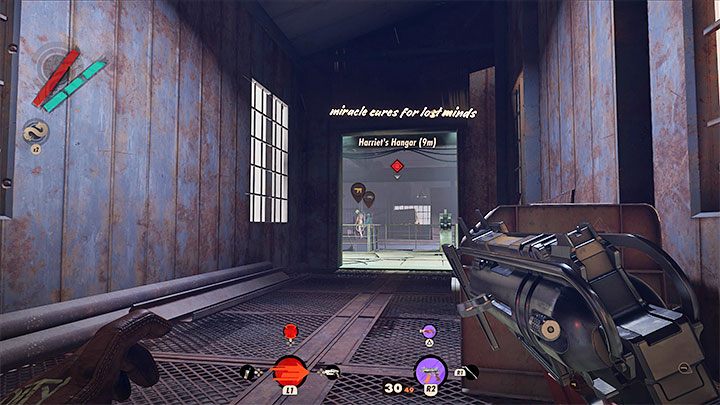 The infiltration of hangar 2 is part of the Visionary Lead Chaos Theoryrelated to killing Harriet - a full walkthrough of it can be found in our guide.

As a reminder, you cannot use the main entrance to hangar 2 because it is closed. Instead, you have to choose one of the other options. The most obvious is a bridge between hangars 1 and 2. You will find it on the upper balconies. If it comes to hangar 1, you can get there any way you want. 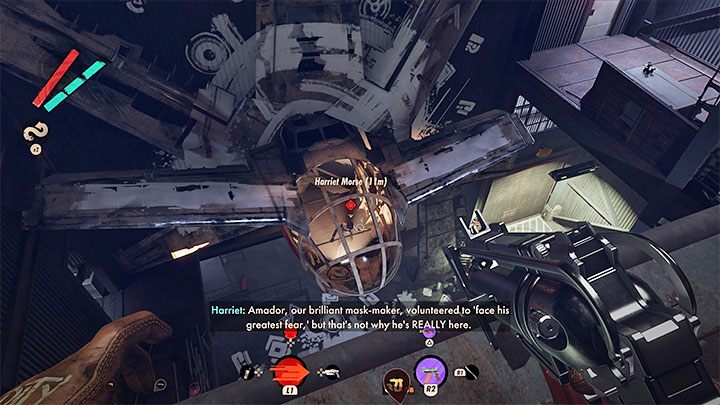 As you enter hangar 2 for the first time, Harriet will be giving a speech from the cockpit of the wreckage. Unfortunately, you can't kill her right away because the bullets won't be able to shatter the cockpit windows. 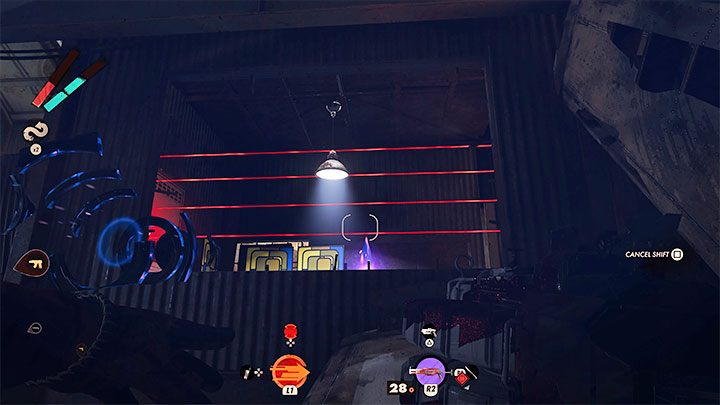 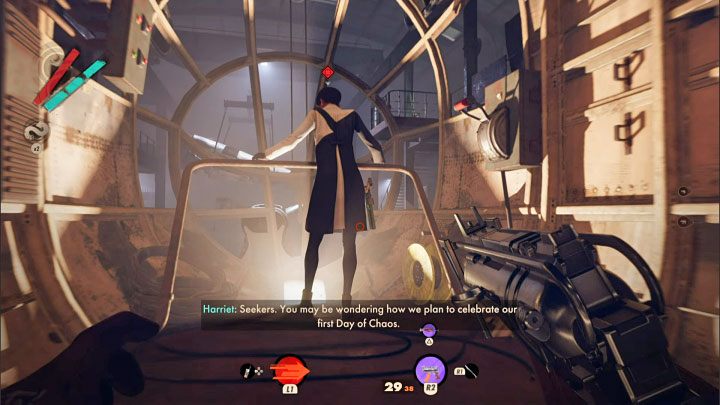 Can you deliberately initiate combat (The Visionary will reach you sooner or later) or try to stay stealth - in the latter case, it is good to teleport to one of the wings of the aircraft (when no one is looking at them) and then to the side room (bypassing laser traps).

If you manage to stay hidden, you can get behind Harriet and attack by surprise (you can use execution, and you don't have to rely on firearms or offensive powers). 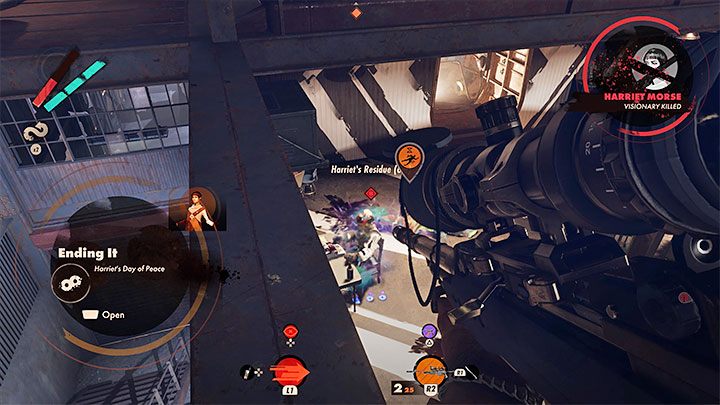 Note that you do not have to rush to eliminate Harriet before she finishes her speech. You can wait for it to end so that the enemies from the hangar can scatter and only then reach Harriet. A Visionary should sit at her desk and be an easy target.

Eliminating Harriet in hangar 2 is the mandatory (first) step in the final mission, After all. 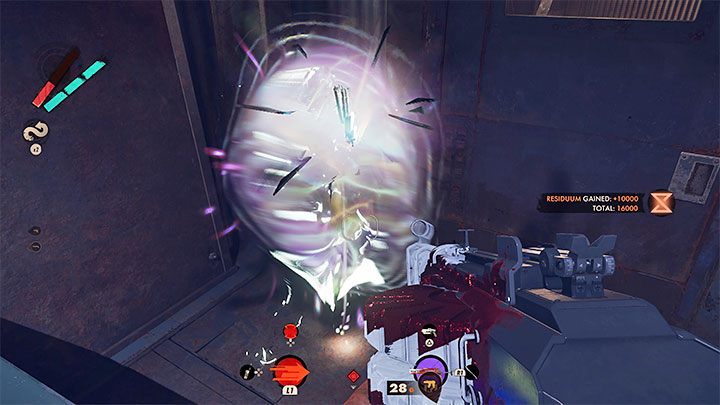 Defeated Harriet Morse leaves behind Nexus power, which allows you to connect enemies' minds and weaken them or eliminate them in groups. Aside from getting the power, you can interact with her corpse to get Residuum and look for the loot she dropped - you can find The Fourpounder firearm and various trinkets.

Eliminating Harriet again in subsequent loops will reward you with Nexus upgrades and standard rewards mentioned before (Residuum, weapons, Trinkets).