Key information about Frank and his whereabouts 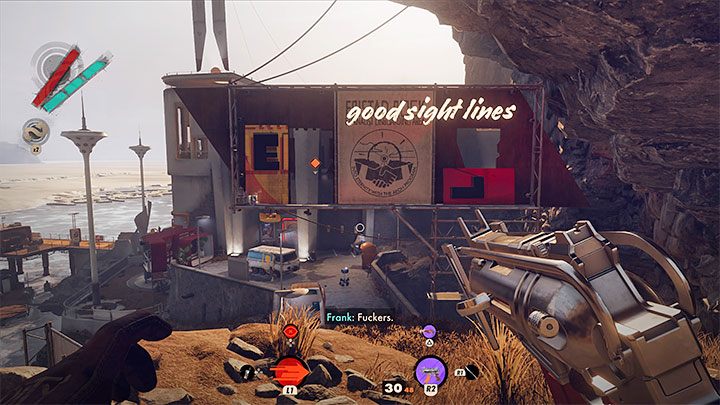 Ramblin' Frank Spicer is a musician and by default he can be found in his club located in the Rock Fristad district. Frank stays there in the morning and infiltrating the club is part of Frank's visionary lead, The Ballad of Ramblin’ Frank- you can find its detailed walkthrough in our guide. 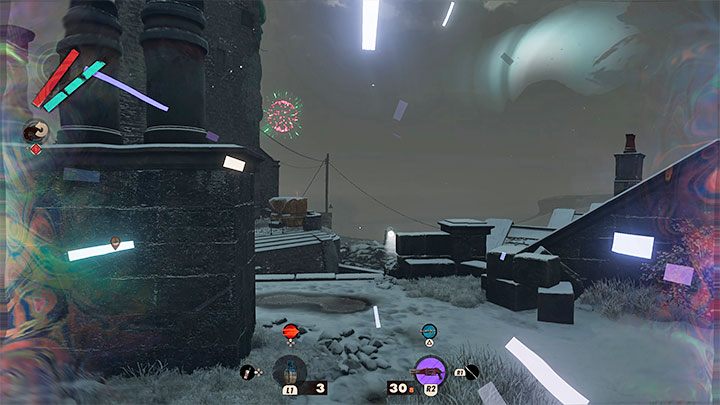 In the evening, Frank is taking part in a fireworks show, providing you with an alternative way to dispose of this Visionary. Namely, you can sabotage the fireworks, which is also part of the aforementioned The Ballad of Ramblin’ Frank lead.

Killing Frank - The club in the Fristad Rock district 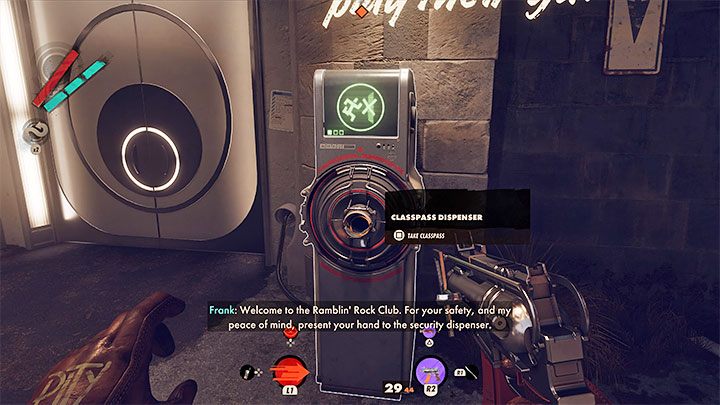 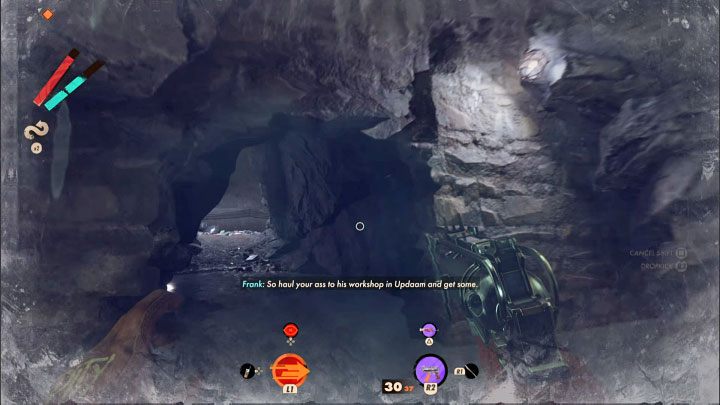 You can take out Frank at his club in the Fristad Rock district in the morning. This is part of the Ballad of Ramblin’ Frank lead and in our guide, we have described in detail the necessary steps to dispose of Frank.

For the record, there are two ways to get into Frank's club: 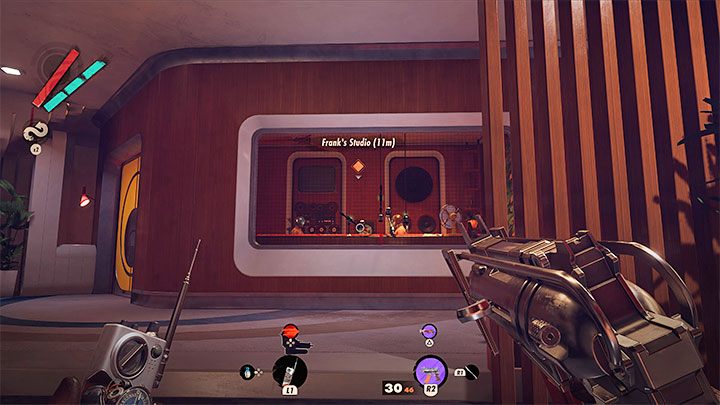 Frank is in a recording studio located on the first floor of the club. You can reach it by going through several different passages, such as heading to the above floor and preparing an ambush for the visionary.

Frank doesn't have any powers, but he does use firearms and other enemies may appear to help him. If a direct fight occurs, it may be a good idea to hack the surrounding turrets and take advantage of higher ground to defend yourself by eliminating enemies running up the stairs. 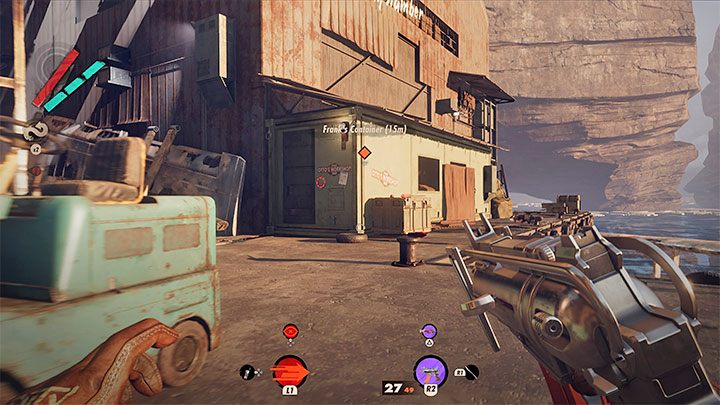 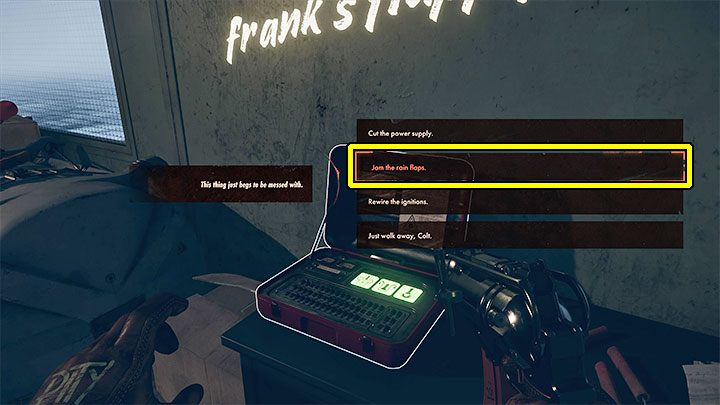 This option is also part of the Ballad of Ramblin’ Frank lead. This solution is rather unusual, as it involves sabotaging the fireworks to cause an explosion. It can kill Frank right away and you won't have to kill him personally or have any direct interactions with this Visionary during this loop at all.

Colt needs to know the code for the fireworks container located at the back of hangar 2 in the Karl's Bay district. You need to visit this location in the morning or afternoon in order to interact with the fireworks machine and sabotage it. 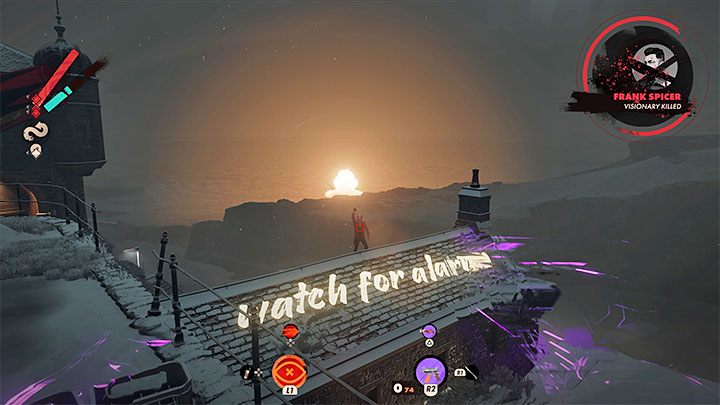 Once the sabotage is complete, all you have to do is witness the fireworks display in the Updaam district on the same day. The ensuing giant explosion will kill Frank.

It's worth noting that eliminating Frank by sabotaging fireworks is required for the Ending It task. It's the only way to take him out on the final day. 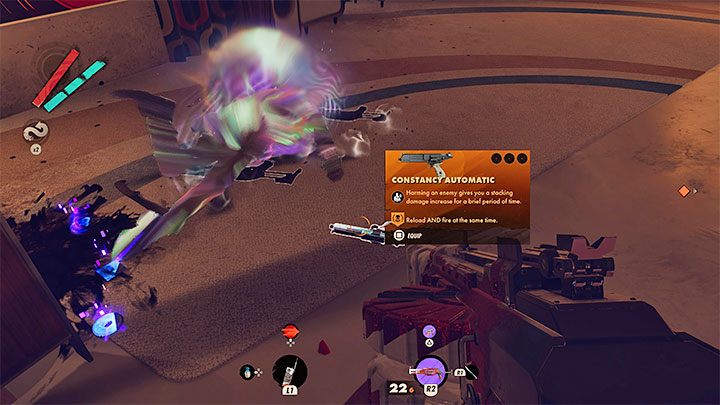 Ramblin' Frank Spicer doesn't drop any powers upon defeat. However, upon killing this visionary for the first time, you will obtain a unique automatic pistol - the automatic weapon Constancy. It's connected to the All Night Long arsenal lead.

In addition to the unique gun, you can interact with Frank's body to obtain residuum and any other potential loot in the form of various trinkets.

Keep in mind that you can only obtain all of Frank's loot if you murder him inside of his club. If you sabotage the fireworks, the explosion will occur far in the distance, meaning you won't be able to reach the place where he died.