This page of our Deathloop game guide describes how to locate and defeat the boss Egor Serling, who is one of the Visionaries (the game's main antagonists). You'll learn where to find Egor, the various possible ways to murder Serling, and the rewards for defeating the Visionary.

Key information about Egor and his whereabouts 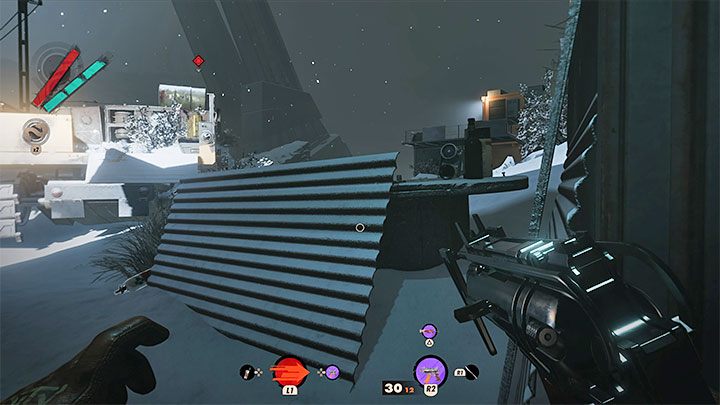 Egor Serling is a scientist conducting his own experiments on Blackreef island. Egor is unique since he can appear in two different locations while playing the game and he'll only arrive at the alternative location if you correctly sabotage his research.

Egor's default location is his camp with a mobile laboratory in the Complex district, although he only appears there in the evening. At all other times of the day, the camp is only guarded by regular eternalists. 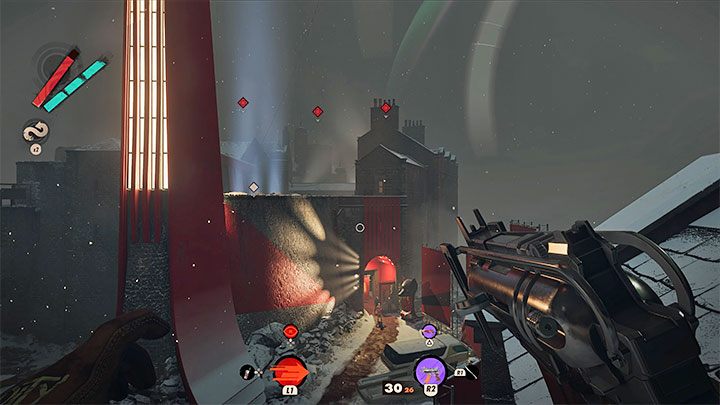 Egor's second potential location is Aleksis' castle / estate in the Updaam district - Egor can appear there in the evening, i.e. during the masquerade. However, this will only happen if you sabotage Egor's experiments earlier in the day - this is part of the Lost in Transmission visionary lead which, of course, we have described in detail on a separate page of the guide.

It should be noted that Charlie and Egor are not in the same area of Dorsey Manor by default, although you will be able to kill as many as 3 visionaries in the same location (this includes Egor and Alexis, as well as Wenjie), which is required to successfully complete the final day. For more information, check out the walkthrough of the final lead: Ending It. 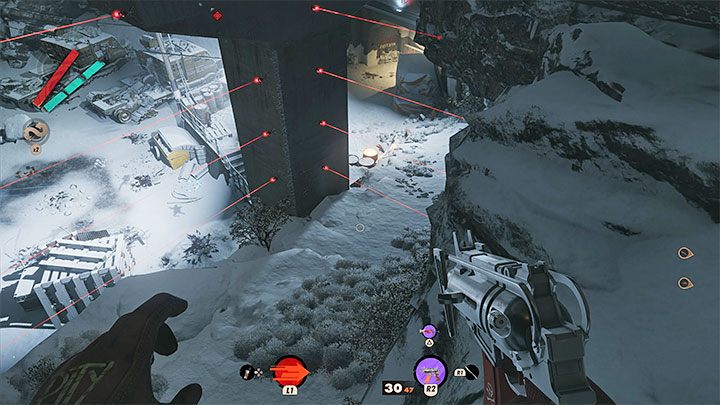 As a reminder, you need to arrive in Egor's camp in the evening. Even on the way to the visionary's location, keep in mind that you will have to either cross a path littered with numerous traps (lasers, proximity mines) or go through the bunker in which, in addition to traps, you will also encounter opponents and turrets. 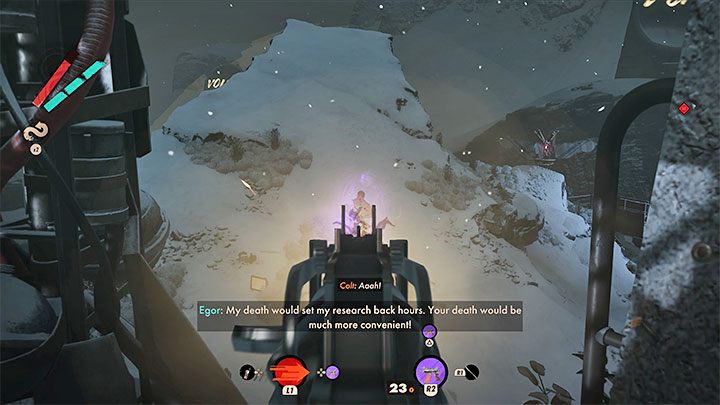 If you activate one of the traps, then Egor will expect your arrival, but you will still be able to face him. If you manage to sneak through successfully, you will have the chance to take him by surprise.

Egor isn't a difficult opponent, but he can use camouflage to make it harder to track him down. As soon as possible, try to memorise the spots where he will reappear and resume attacking you. 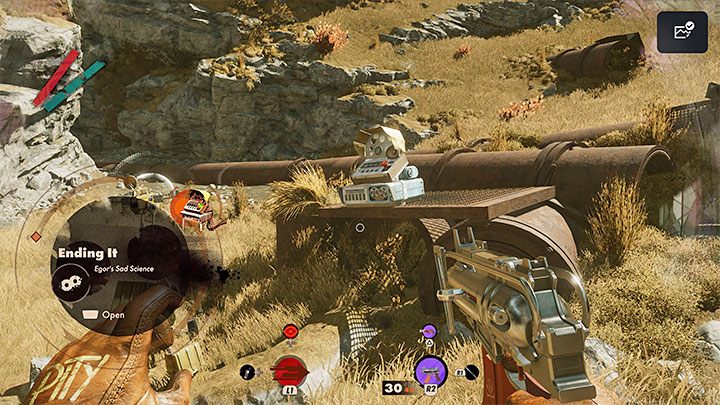 This option requires prior preparation, which we discussed in detail on the Lost in Transmission mission walkthrough page. As a reminder, to complete this lead, you will need to search the camp in the Complex district before the evening, acquire a Field Nullifier and use it to uncover Egor's camouflaged machine.

Colt must then enter the code obtained during this lead (unfortunately, it's random) in order to sabotage the machine and force Egor to abandon the experiment in the Complex district. 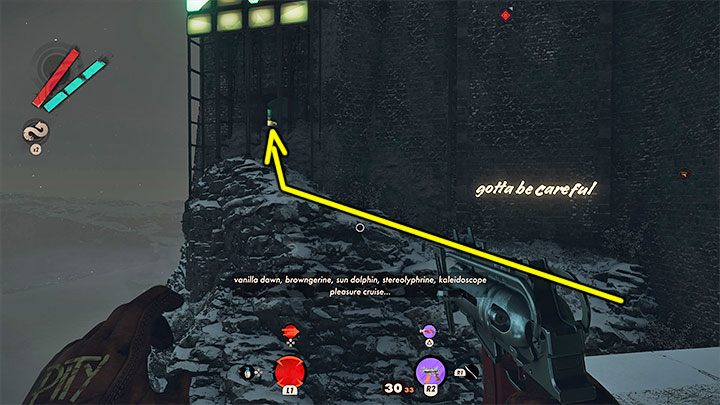 After reaching the Updaam district in the evening (on the same day that the sabotage was carried out!), you need to infiltrate Dorsey's estate. Keep in mind that the best idea is to choose a path running along the walls of the castle in order to reach the windows and get inside unnoticed.

Once in the estate, we recommend using stealth, although it's not required. Triggering the alarm may cause Egor to change his default position, although the game should always display a marker indicating his current position. 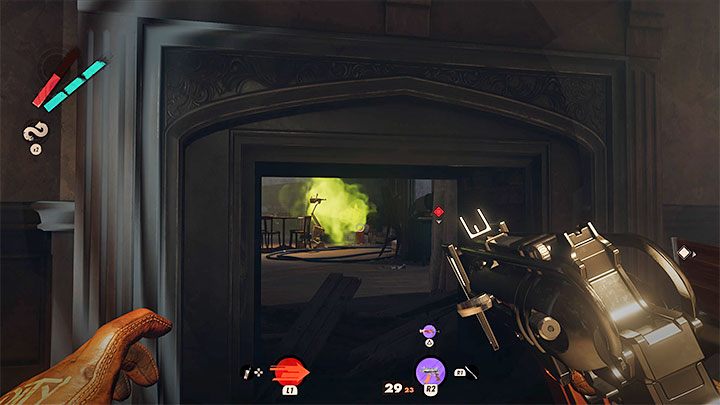 If you managed to infiltrate the castle without alerting your opponents to your presence, then Egor should be in one of the rooms on the upper floors of the estate. It's worth noting that there might be an active field nullifier in this area, which will deactivate your character's abilities (including Reprise), so it's not a good idea to enter its area of effect.

You can get rid of Egor by fighting him in the open or by attacking him from stealth - in the next room, you can destroy the boards by the fireplace and then shoot at the bottle of poisonous gas or simply sneak attack Egor. 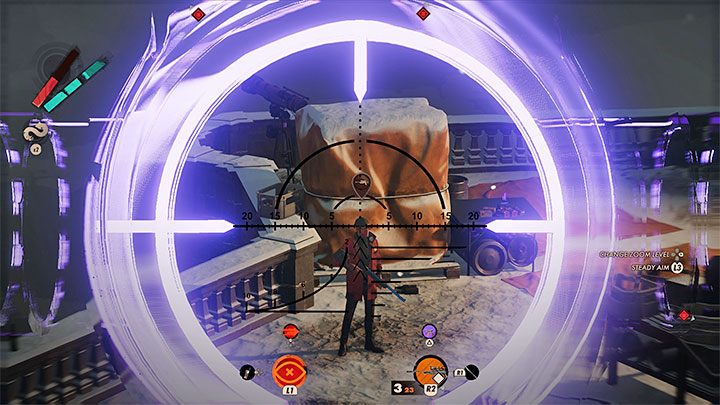 Alternatively, the visionary may appear on the castle's roof or on one of the large balconies. If this happens, the ideal solution may be to use a sniper rifle or a similar weapon to attack the boss from range. Sneaking up to Egor may be more difficult, as there isn't much cover on the roof and you might encounter weaker opponents guarding it. 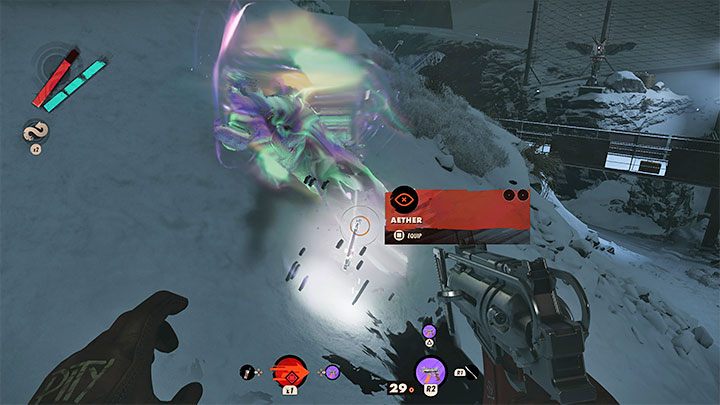 Upon defeat, Egor Sterling drops the Aether ability, which is very useful for camouflage. It won't grant you total invisibility, but it can greatly facilitate sneaking, so killing Egor early in the game is worth your while. Aside from getting the power, you can interact with his corpse to get residuum and look through the loot he dropped, which might include firearms and various trinkets.

Eliminating Egor again in subsequent loops will reward you with Aether upgrades and the aforementioned standard rewards (residuum, weapons, trinkets).