This page of the guide explains if Deathloop features the so-called point of no return, which is the point of the campaign after which you can't do any optional quests or activities. Additionally, we explain whether you can keep playing after endgame - this can be important if you want to complete 100% of Deathloop.

This page contains minor spoilers about the general structure of the plot and the moment when endgame starts. However, we tried to avoid major plot spoilers that would give away the endgame content and the available endings. 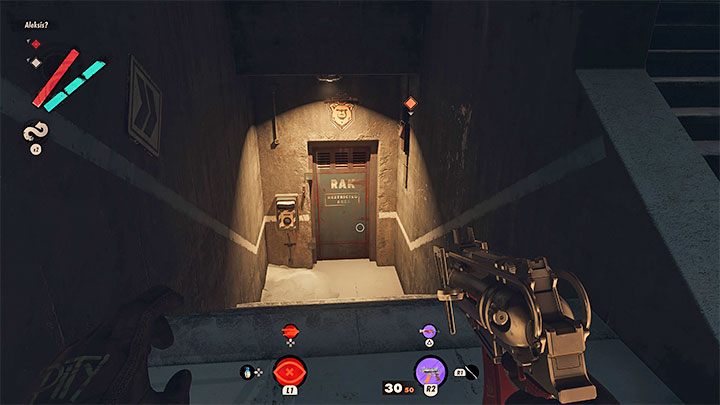 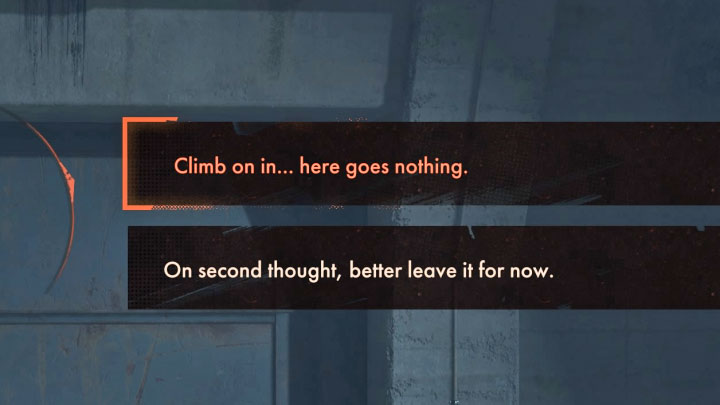 At first glance, the campaign in Deathloop, unlike many games, isn't divided into main and side missions, but the Visionary Leads quests are an equivalent of main missions. You must complete all of these missions to unlock the endgame - Ending It.

Starting the Ending It mission is not irreversible. It consists of several parts and can be stopped at any time (failing the mission is also possible, and in such case, you'd have to replay it completely).

The point of no return will appear soon after you enter the Complex - we've discussed this event in more detail in our walkthrough. Soon after entering the underground location you will be faced with a choice shown in picture 2. Confirming that you want to proceed will start the endgame phase. 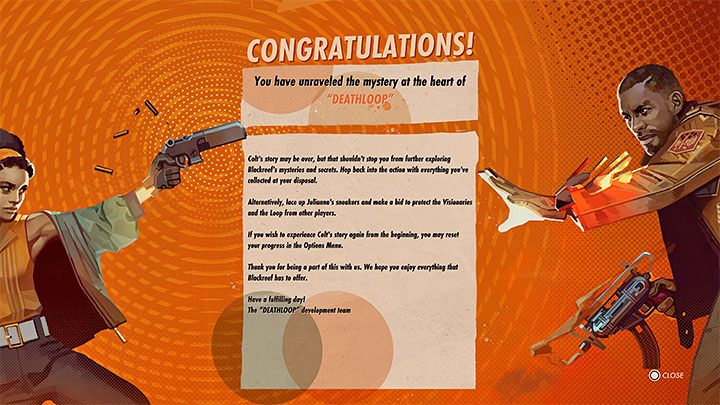 After watching one of the available endings, you will see the ending credits and a board with thanks for completing the game. You don't have to replay Colt's entire campaign. You will automatically revert to the state before you took the Ending it mission. You will be able to replay the last mission (to unlock a different ending) or freely engage in optional activities and tasks which you have not yet completed - this is the unofficial endgame phase. As a result, you don't have to wait to do the endgame until you've completed all side activities. There'll be time for that later.

If you want to deliberately restart the entire campaign to replay its subsequent missions and make (the same) discoveries, check out the page Campaign - how to reset?.