This page of the Deathloop game guide contains the walkthrough of the arsenal lead / mission called In This Together. During this mission, you will have the chance to obtain two legendary pistols - the Strelak Verso. From our guide you will learn where these unique guns are stored and how to unlock access to the vault in the bunker by using batteries. 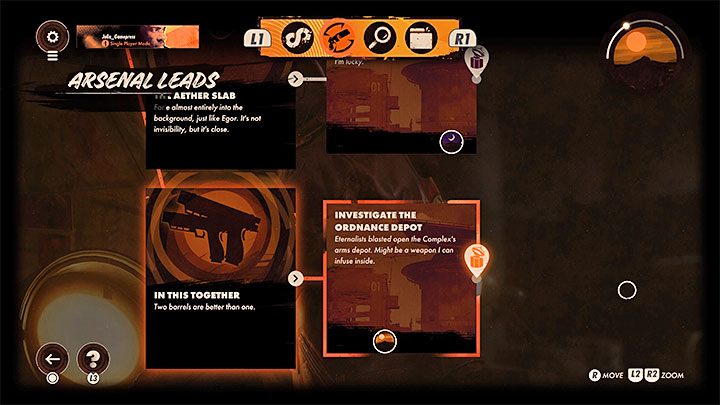 This lead should appear in your journal at some point during the campaign. It describes how to obtain the very high quality Strelak Verso pistols.

In order to start the mission, you must visit the Complex district. Head out during the middle of the day. 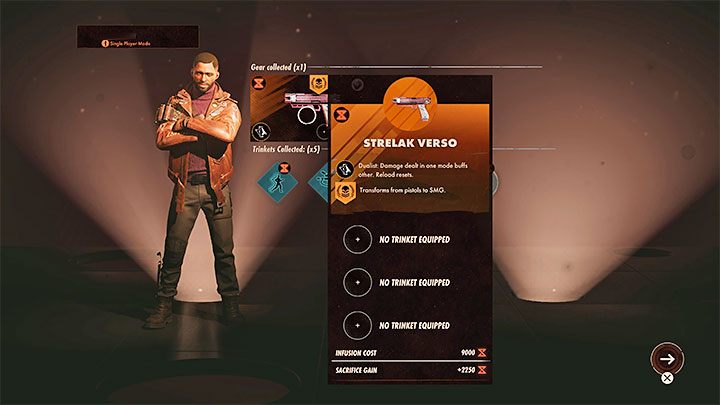 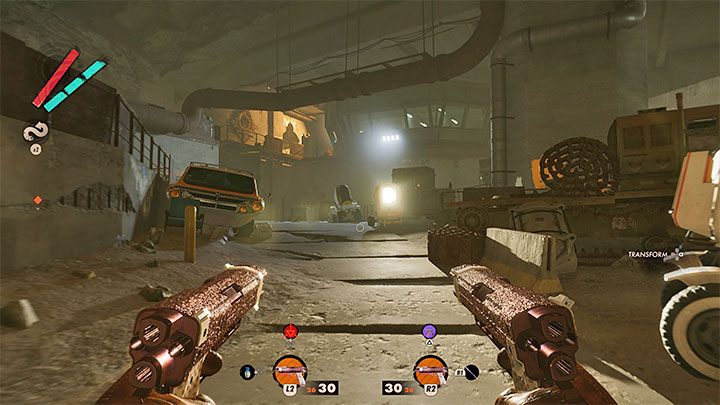 The distinguishing feature of the Strelak Verso pistols obtainable through this arsenal lead is that Colt is able to dual wield them.

Other unique features of these pistols include:

{ramakaczerwona}Note - Use 9000 residuum to infuse the pistols and keep them permanently. Otherwise, you will have to repeat the steps to unlock the vault in the bunker in each successive loop.{/ramkaczerwona} 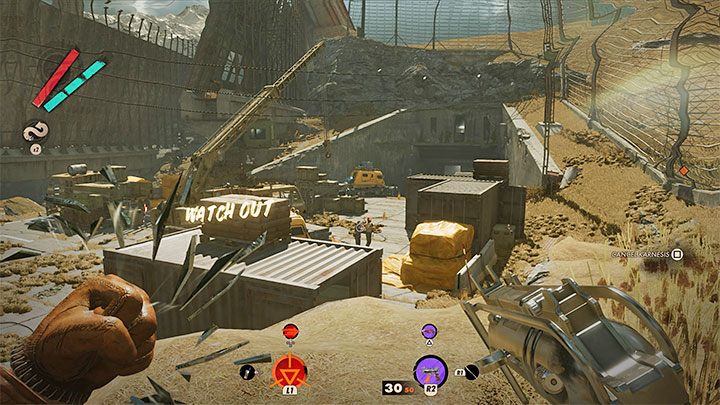 The ordnance depot from the mission objective is a large bunker in the Complex district. It has several different entrances. While infiltrating and exploring the bunker, you need to watch out for enemies, as well as sensors and turrets (it's a good idea to hack them from a safe distance). 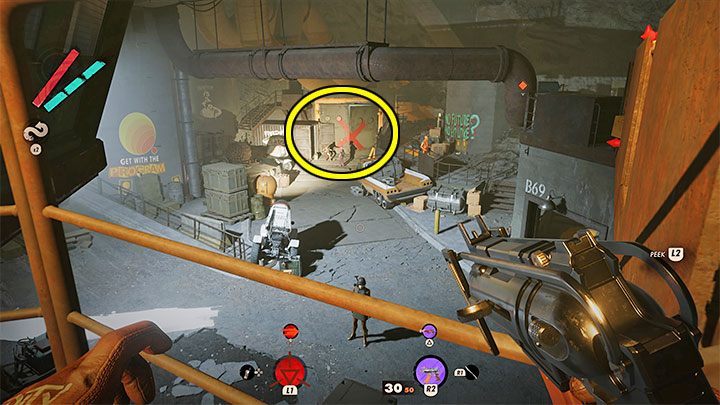 In the bunker, you need to head towards the huge gate with a red x painted on it, which we have marked in the screenshot. 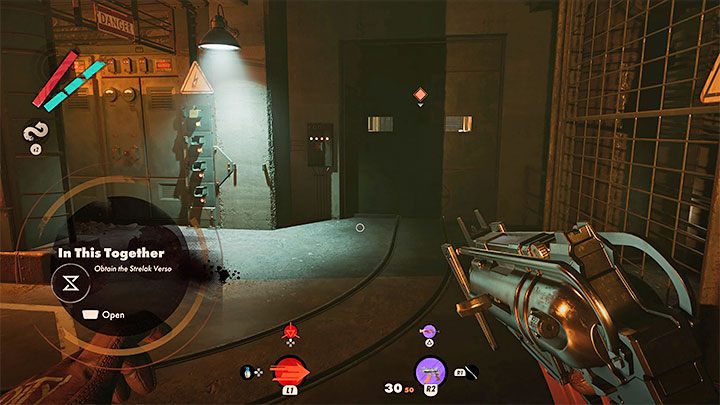 In the depot, you will come across the locked door from the screenshot. The door opening mechanism is powered by 4 batteries and there is currently only 1 battery in the slots to the left. This means that you will have to find three more batteries on your own. 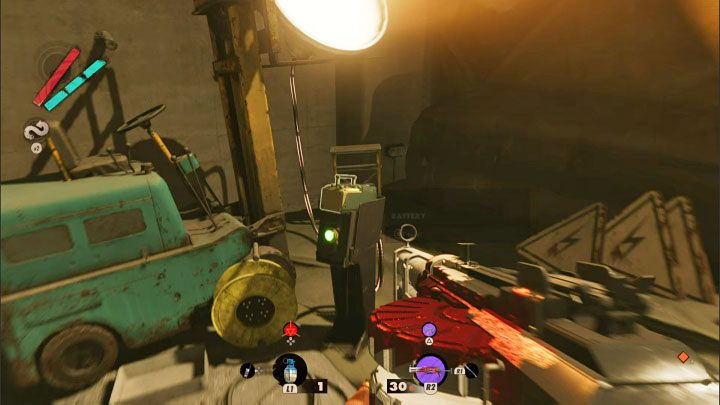 The first of the three necessary batteries is very easy to obtain. Return to the previous tunnel and look for the forklift. You can remove the battery from the slot next to the forklift. 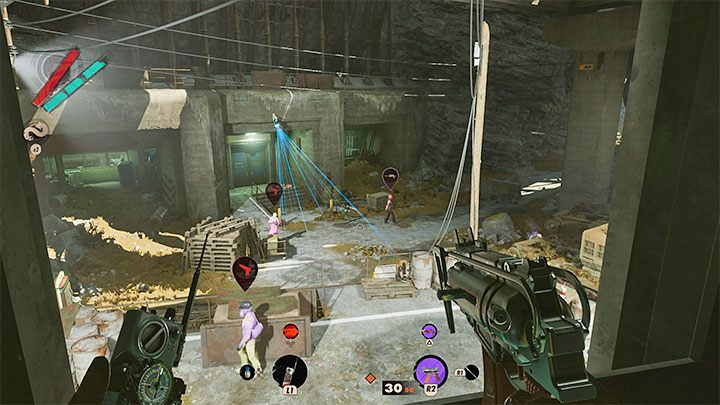 For the remaining batteries, you need to visit the Loop Control Center. As a reminder, this is another huge location in the Complex, which neighbours the bunker. The entrance to the Loop Control Center building is pictured in the attached screenshot - you should hack the camera here before attacking (or bypassing) the nearby opponents. 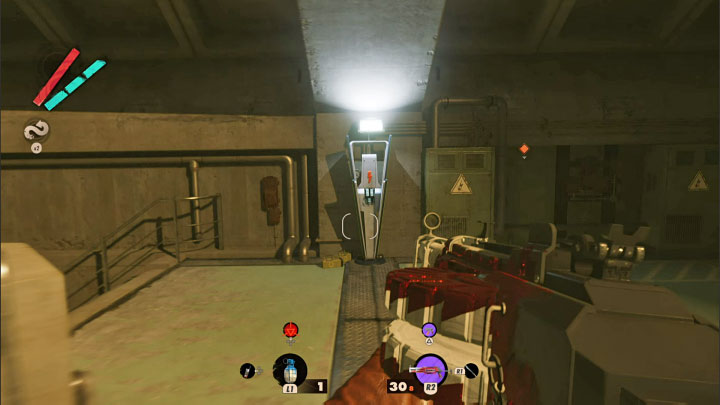 Get to the main control room. Check out the battery charging station from the screenshot. 2 batteries are lying on the ground next to it. You have to pick them up, charge them and then bring them to the bunker one by one. 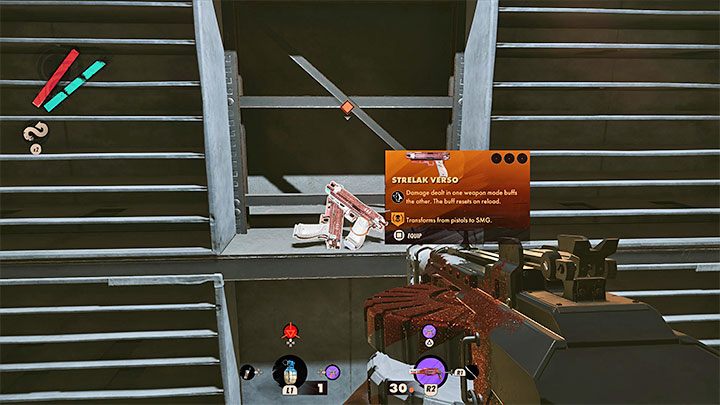 Once you have placed the charged batteries in the 4 slots, press the button to unlock the vault. Now, you can take the Strelak Verso pistols.