This page of the Deathloop game guide contains a solution to a potential problem - why visionaries don't appear in their default locations. You may often encounter this problem during the game and it can make it difficult to eliminate the visionaries to progress the main story.

This page contains minor spoilers about how the visionary hunt is organised and what changes can occur in the leads. However, we tried to avoid major story spoilers. 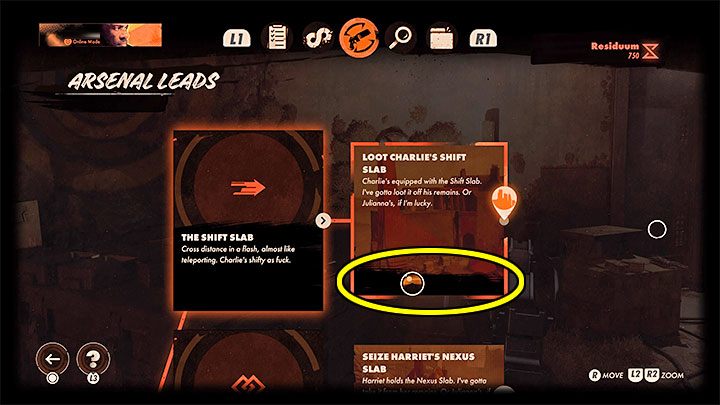 Each of the visionaries (except for Julianna) resides by default in one of the 4 Blackreef districts. However, once you reach the area "associated" with the given antagonist, you may not find them there at all.

Most of the time, you can confirm the correct time of day in your character's journal. Lead descriptions mention the time of day when they become available and this also applies to visionary leads. Always double check this information. 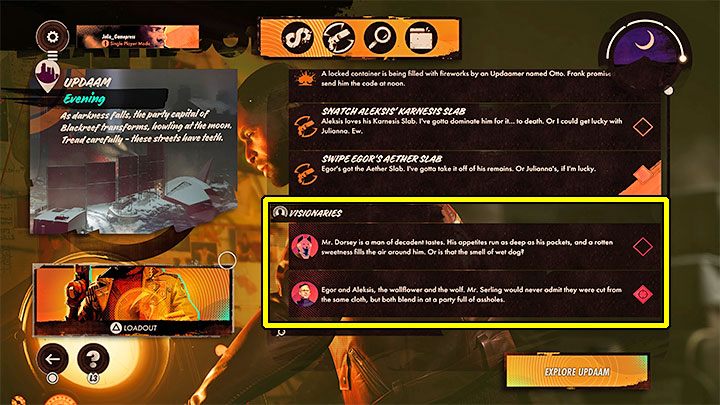 You can also check when the visionaries are available in the mission preparation screen. In the example from the screenshot above, the information shows that 2 visionaries will appear in the Updaam district in the evening. If the visionary field doesn't appear at all, it means that you won't encounter any of the main antagonists in a given district at a given time of day. 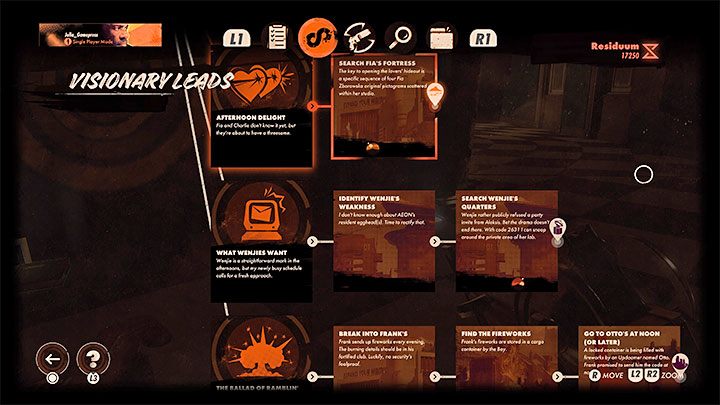 There is another reason why a visionary may not appear in their default location - Colt's actions may have changed the visionary's day plan. For example, if you perform certain activities or sabotages in the morning, it may lead to the visionary appearing in another district in the afternoon or evening.