This page of the Deathloop game guide provides information about Trinkets, one of the item types that the character can equip. You will learn how to acquire new trinkets and what they are used for, how to equip Colt with trinkets and how to permanently keep the trinkets you have found to avoid losing them at the end of a given day. 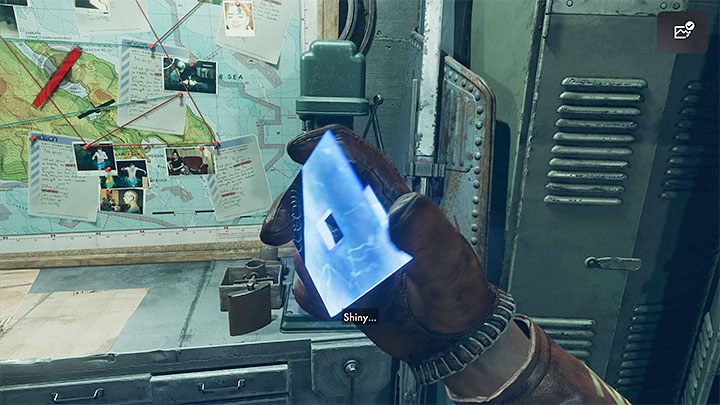 Trinkets are, simply put, objects with supernatural properties. They can increase particular abilities / statistics of Colt or his weapons, or equip the character with completely new skills. This can more or less affect how easy it will be to complete subsequent time loops.

Trinkets, like weapons, have different color variants which indicate their quality level and the size of the stat bonuses they provide. You should mainly seek out blue and purple medallions. The gold ones are even better, but they are extremely rare. You can, of course, collect all the trinkets along the way and later turn the ones you don't need into the residuum resource. 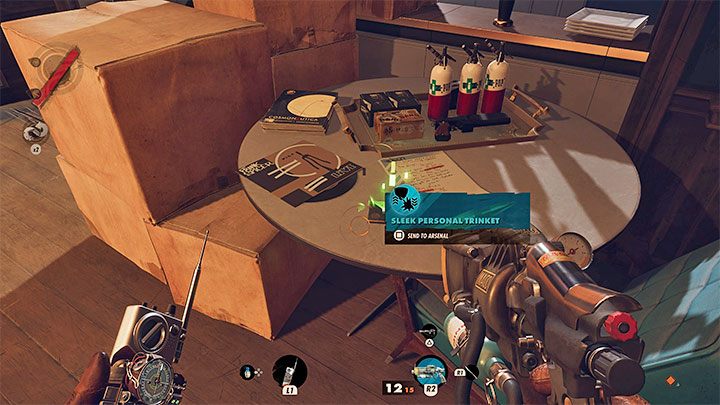 Trinkets can be obtained in two main ways:

1) Found as loot in the game world - It's worth noting here that each trinket emits a specific sound. This makes them easier to locate and at the same time it lowers the chance that you will miss trinkets in the location you are currently exploring. 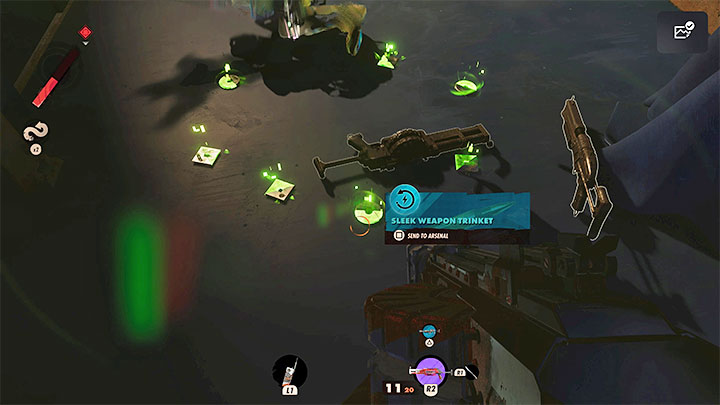 2) Dropped by opponents you defeat- Specifically, they can be obtained from visionaries (the game's bosses), who will usually drop at least a few high quality trinkets upon defeat.

You should also seek out opponents that appear to emanate energy. They drop better loot and there is a good chance that you will end up getting a decent trinket. 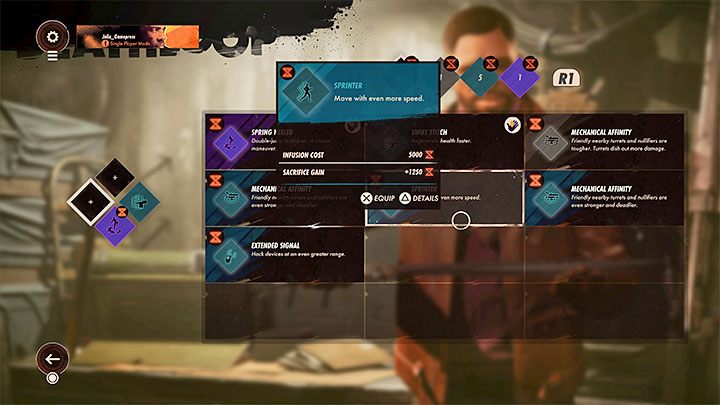 Trinkets aren't activated immediately after you obtain them in the game world. They will only begin to work once placed in a corresponding active slot,which you can only do between missions that is, while preparing for future expeditions in the tunnels. To do this, you need to go to the Loadout menu, where you can select the character's equipment.

1) Character Trinkets. They directly affect the character regardless of the weapons they are using. You can only have a maximum of 4 character trinkets active at a given time. 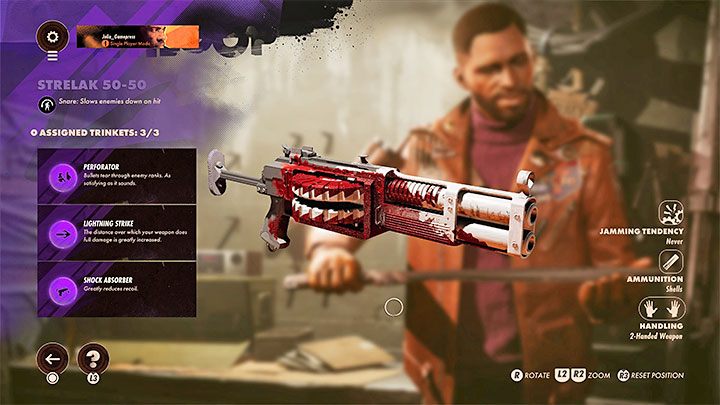 2) Weapon Trinkets. In order to use them, you need to select one of your weapons and then go to the install weapon upgrades window.

You can have different trinkets assigned to different weapons you own. Of course, the best course of action is to select a trinket that will complement a given weapon. For example, if you use a rifle with a slow reload time, a trinket that shortens this process or increases the gun's magazine capacity would be a great fit. 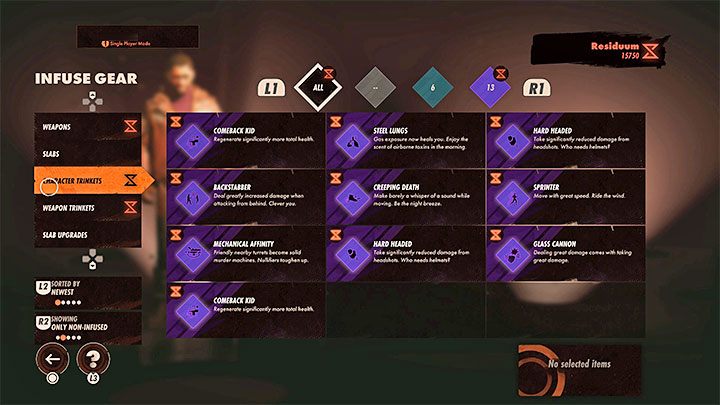 By default, you will lose all your trinkets at the end of the day, but you can prevent this from happening by using residuum to infuse them - this process is discussed in more detail on the Keeping abilities and weapons - how? page. Try to "purchase" the best and highest quality trinkets using this method.

In turn, you can sacrifice the items you don't need to obtain some residuum, which can then be spent on other purchases. 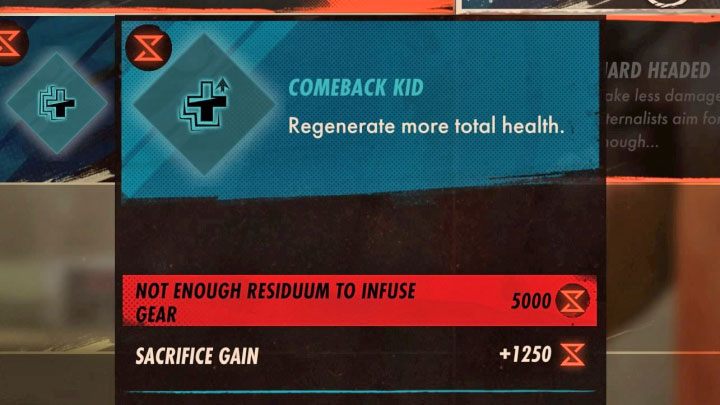 We recommend carefully reading the descriptions of all the trinkets you find so that you will be able to assess their potential usefulness. In particular, we advise you to look for trinkets that: