On this page of the game guide, you will find a list of beginner's tips for Deathloop. Our hints and tips are prepared mainly for new players starting their adventure with Deathloop. We have highlighted important mechanics and solutions related to fighting, sneaking, exploring the main locations, completing next loops, avoiding environmental hazards, and upgrading equipment. 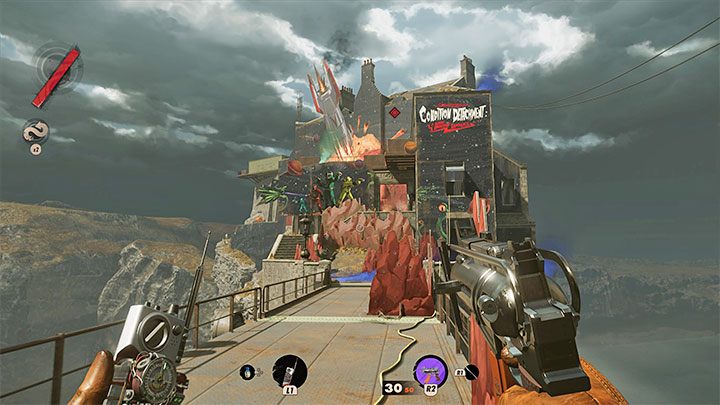 Deathloop is a game in which learning about the world is key to gaining valuable knowledge, making it easier for you to move around and plan to eliminate the Visionaries (main antagonists). First of all, remember that often different paths lead to the objective. Encountering a blocked or heavily guarded passage doesn't force you to confront opponents. You can look for another path and, for example, climb on roofs, bypass enemies or go through nearby buildings.

You can't enter every area right away. The area may be unavailable due to lack of some actions (you don't have the combination to the electric lock or didn't supply the area with electricity) or from reaching the place at the wrong time. Some places open at certain times of the day, so you should examine each major district a few times to discover as many of these kinds of differences as possible.

For more information about each of the main districts, see our walkthrough of the game, and issues related to the map exploration are discussed in more detail on the World exploration page. 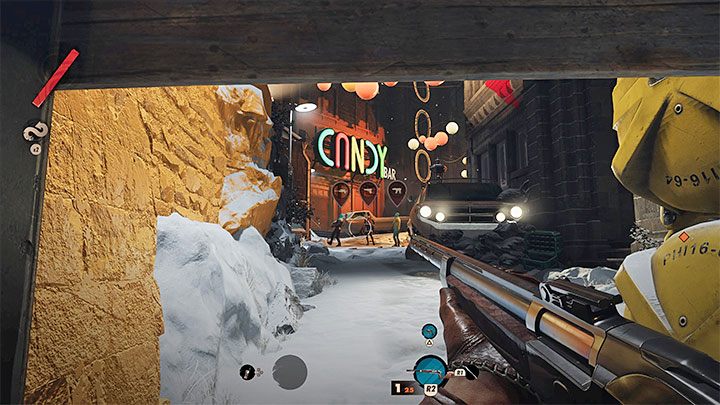 The mechanism of tagging the enemies is a very useful mechanic in Deathloop - you can do this by pressing or holding (more information about the opponent) the down on D-pad.

The main reason for tagging opponents is to track their actions. This can reduce the risk of being surprised by the opponent after they disappear. Tagging is free and you can have multiple enemies tagged at the same time. An additional advantage of this mechanic is the possibility to peek into the opponent's equipment (for example, an opponent with a sniper, which is best not to approach) or sabotage the radio if it's a scout.

Buy all the discovered powers and valuable equipment 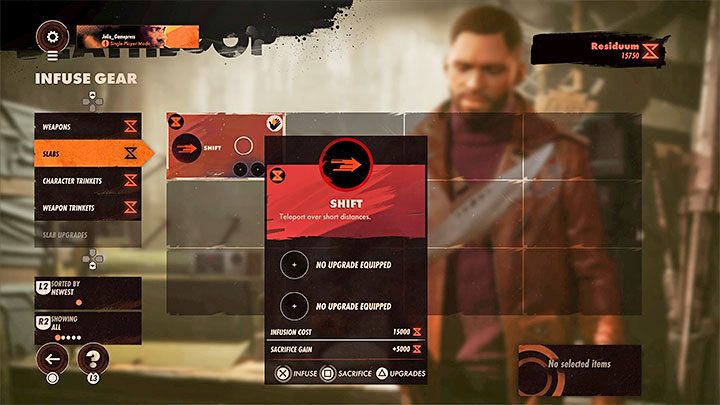 In Deathloop, you lose all powers and items earned when the loop ends - that is, at the end of each day. This means that after the next day start, you have to start collecting them again. Fortunately, you can change this by completing an Arsenal Leads (a type of in-Game mission) called Ubiquity - it involves examining the Wenjie laboratory and running the device.

When you complete the lead mentioned above, you will be able to use the Residuum to keep selected items permanently so they don't disappear from Colt's equipment in the next loops. We advise you to save this way:

The mechanics of permanently saving the equipment is described in more detail on the page Power and weapons - how to keep?. 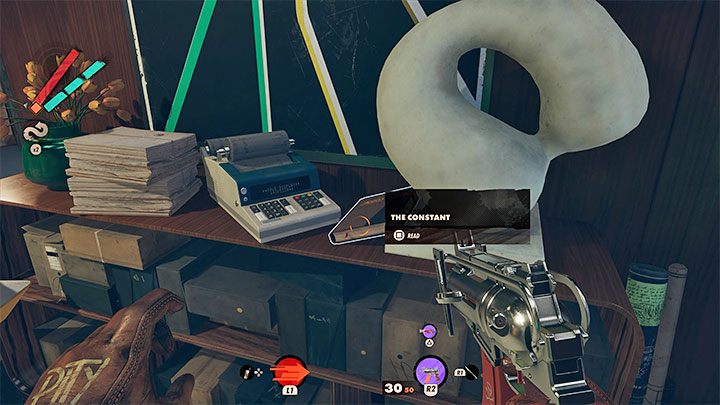 In Deathloop, there's a lot of loot you can pick up, and you should make a habit of exploring every new place you visit, especially since interactive items are not very clearly marked and, as a result, can be easily missed. You should be looking for:

Watch out for traps and security systems 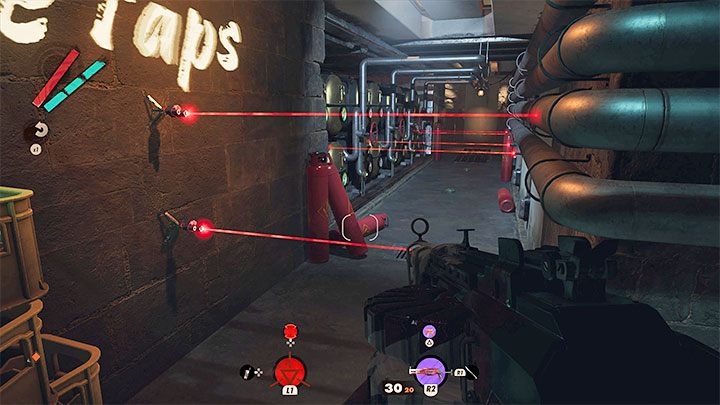 In Deathloop, you can very easily get into trouble if you aren't careful. Threats in the game can be divided into two main groups:

Stay away from deep water 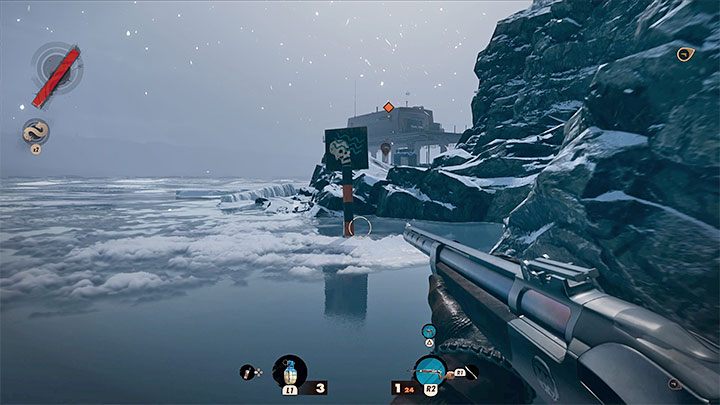 This is another serious environmental hazard because the controlled character can't swim. Falling into deep water means instant death. The safest thing to do is stay away from the water reservoirs. If you have to go through the locations with water, then be careful with every step and jump you take. You can also use Shift to precisely select the place where you teleport.

The character can also be harmed by shallow water. When you touch it, its low temperature will lead to a gradual loss of health points. Again, use jumping and Shift, or run through the small water tanks to minimize possible damage.

Try to treat all the more serious wounds right away 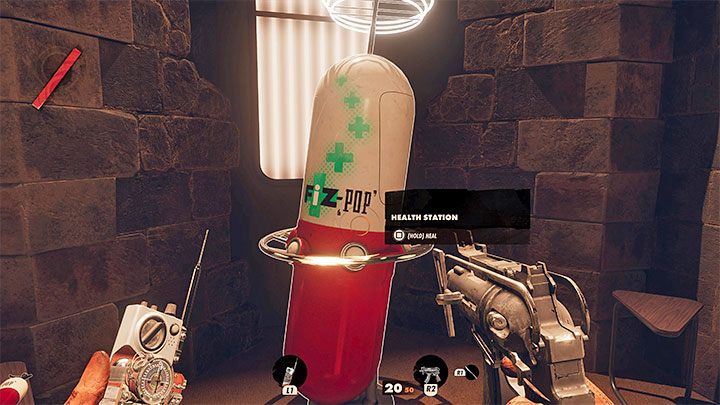 In Deathloop, there is no option to regenerate lost health points automatically, and you have to remember that when you go into the next fight. You can easily lead to the hero's death, and although you can revive them using Reprise power, it is not worth using all its charges too early.

Consider withdrawing from combat every time you lose more than half of your health bar. Look for Fiz-Pop drinks and Health stations to regain lost health points. Only after healing, return to the location with opponents. Fortunately, thanks to the Shift power and sprint, you can quite easily escape from enemies.

The recovery of health points is described in more detail on a separate page Character - how to heal?.

Use double jumps and Shift power 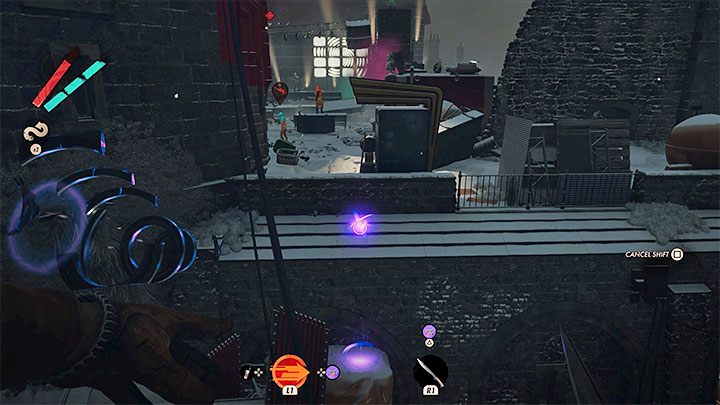 These are two techniques that are very helpful in exploring maps, running away from enemies, and reaching seemingly inaccessible places: 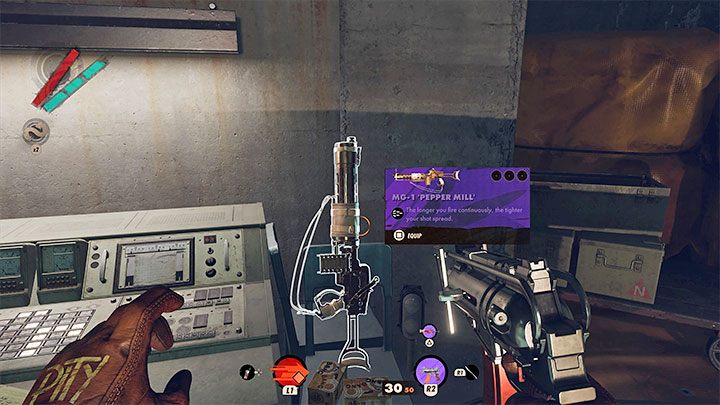 Every weapon found in Deathloop has its own color indicating its quality level - try to collect as many purple and gold weapons because they are the the best items. If possible, use the Residuum to keep these weapons permanently so that you don't lose them at the end of a given loop. The rarest weapons can be obtained by exploring, completing Arsenal Leads (optional missions), and searching defeated bosses (Visionaries). The most valuable arms we have compiled on The best weapons page.

Quality equipment has not only higher stats but also unique features. Check them out in the weapon description window. Additional features can be, for example, the chance of poisoning or slowing down opponents. In addition, install the best weapon upgrades to increase weapon effectiveness even more.

Carefully prepare for each mission 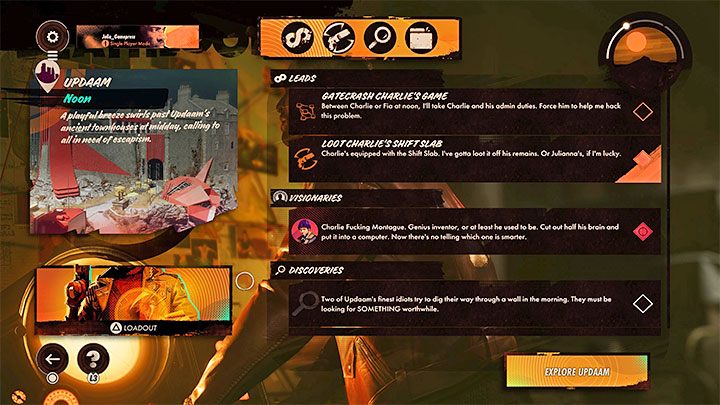 The expedition preparation menu shows several times within a given Loop - at the beginning o a mission, between visiting the main locations at different times of the day and at the end of the day. We have explained how the cycle work in more detail on a separate page, Time loops.

Before you go on a expedition, you should always take care of a few things:

Be careful after receiving a warning about Julianna's arrival 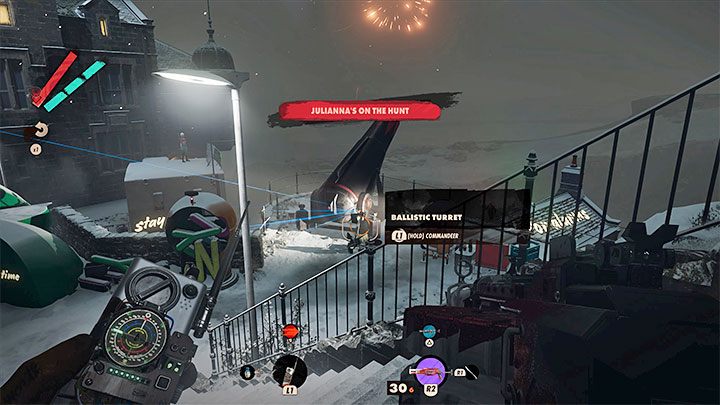 Julianna Invasion is one of the most important hindrances in Deathloop - she can be controlled by AI or another player. In both cases, Julianna's job is to stop Colt's progress in the loop by killing him.

After receiving the message of Julianna's arrival, we advise you to stop your current actions and focus on defense. Fighting Julianna is not obligatory. However, if you choose to flee, you will have to reach the antenna quickly and hack it. If you want to fight, find a place where you can defend yourself effectively and where you don't have to worry about ordinary enemies. Prepare an efficient weapon and heal yourself to the maximum if you have such an opportunity (medicines or Health station in the area).

Julianna Invasions was described in more detail on the page Invasions - what are they?. You will also find more tips and hacks there.

Read the messages and listen to the NPCs' conversations 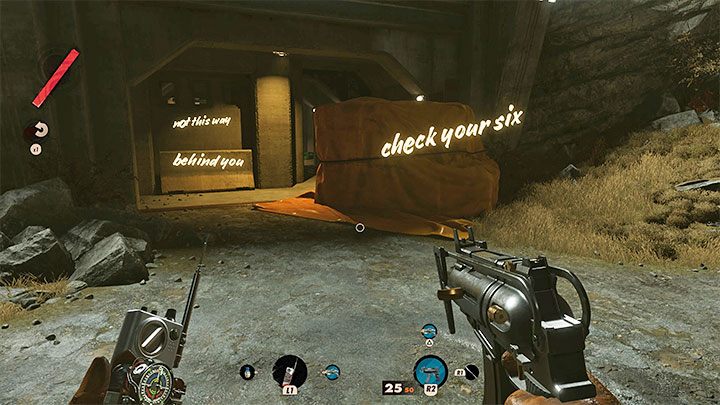 As you explore the game world, you may encounter various messages appearing on the screen. Some of them do not matter, but some can be warnings or hints. For example, a message may suggest that the path does not lead to the mission objective or that it is advisable to sneak in the next location. We recommend you using these tips and make the game easier that way.

Another "passive" way to gain knowledge about the game world is eavesdropping on opponents. Before you decide to eliminate the encountered group of enemies, try to get close to them first. There is a chance that you eavesdrop on the conversation and, for example, make a discovery, which will be registered in the character journal.