This page of the guide lists the minimum and recommended system requirements for the Deathloop PC game. We've also listed some information regarding online play and various visual modes available in the PS5 version.

This hardware will allow you to run Deathloop on low settings in 1080p / 30 FPS.

This hardware will allow you to run Deathloop on high settings in 1080p / 60 FPS.

This hardware will allow you to run Deathloop on ultra settings in 4K / 60 FPS.

Online play - is it mandatory? 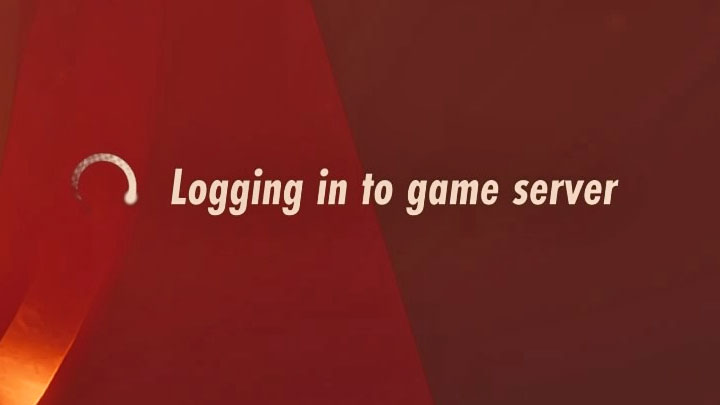 Once you launch Deathloop, it will try to log into the Bethesda.net service and then connect to the game's servers. Deathloop doesn't require constant online play, but it's recommended to fully experience the game. If you choose to play offline / in single player mode, you won't have access to:

You can also choose to play offline on purpose to make Julianna less of a threat in your playthrough. We've described this topic in detail on the Invasions - what are they? page. 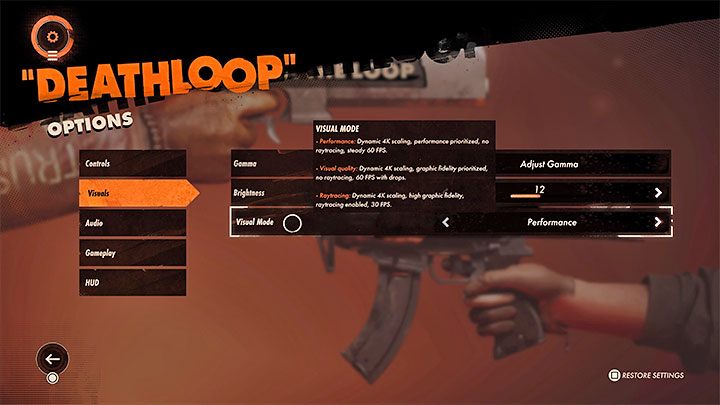 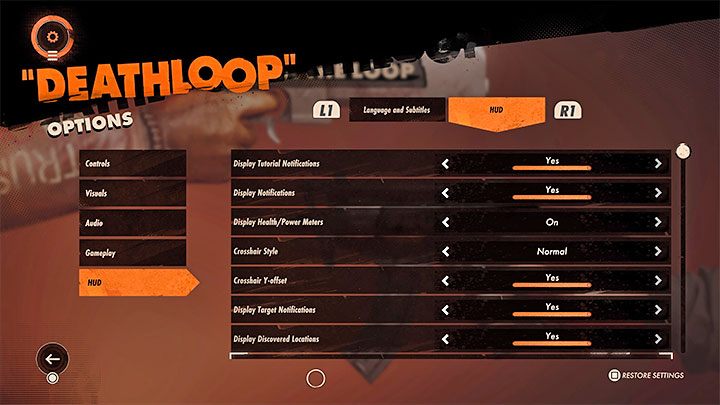 Deathloop allows you to customize the info displayed on the screen so it can fit your own preferences. The configuration options include displaying communicates on the screen, displaying health bars, power bars, the aiming reticle, interaction options, info regarding collected items or quest markers.

In a separate tab of the HUD menu you can also customize the subtitles - choose the language, their size and range (for example, displaying only the main dialogue).