This page of our guide to Deathloop lists all the bosses- Visionaries you'll encounter while playing through the campaign as Colt. They are the main antagonists in the game. We've also prepared some important info about the Visionaries and eliminating them. 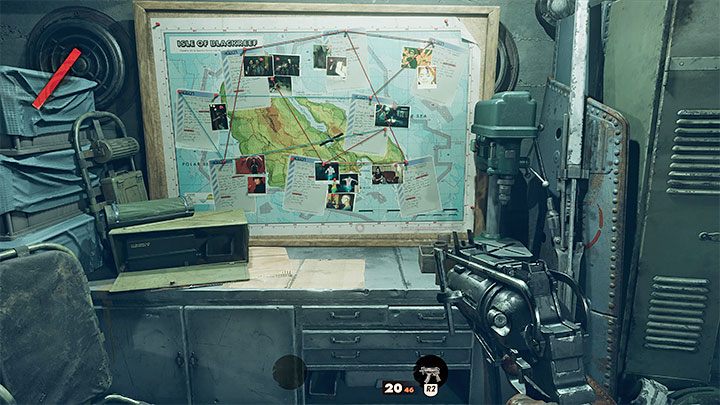 As a reminder, Colt, the main character of the game, has to get out of the time loop by leaving the island. The protagonist can do this by eliminating 8 Visionaries, i.e. the most influential people residing in different parts of Blackreef.

Each Visionary in the game can be defeated in different ways, including direct confrontation (e.g. setting a trap). The game emphasizes exploring your surroundings and gaining knowledge allowing you to learn, for example, how to kill a boss via trickery.

In the later stages of the campaign you can manipulate the Visionaries and cause them to meet up at the same place. You need to do so, because in order to break the time loop, Colt must kill all Visionaries during the same day. You need to prepare well and get to know the antagonists to eliminate them all in time before the curent Loop ends. 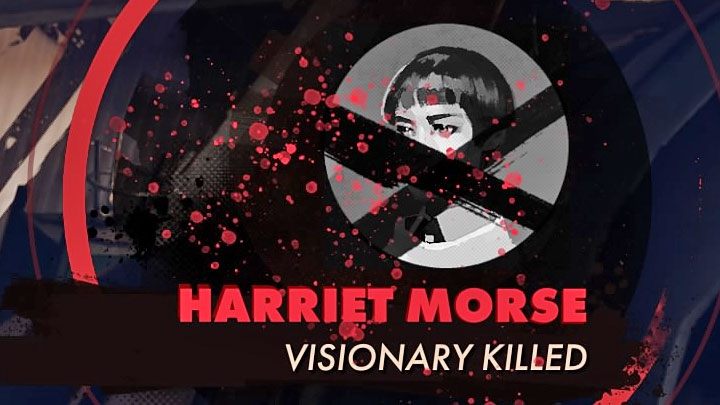 Seven out of eight Visionaries can be eliminated in one of two possible ways:

What's interesting is that the Visionaries don't remember their deaths at Colt's hands from previous Loops, which means you can kill them in very similar ways during subsequent Loops and they won't be able to learn from their experiences.

Julianna Blake is a unique Visionary who actively hunts Colt throughout the game. Moreover, Julianna can be controlled by another player. This makes her one of the most unpredictable and dangerous characters in the game. 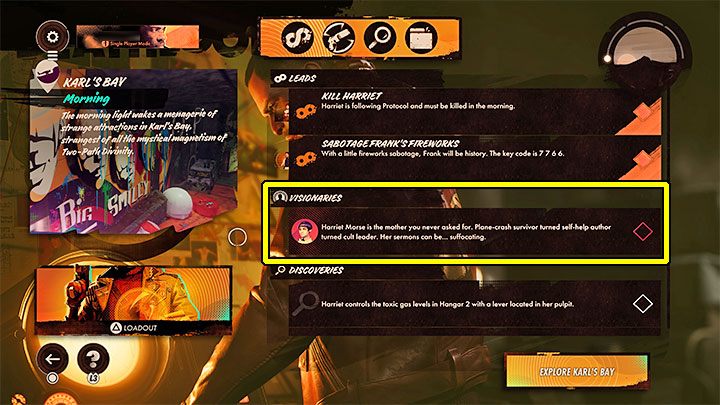 You can check your info regarding the Visionaries' location in the tunnels, your base of operation where you plan your moves. The Visionary will appear in the planned location if you: 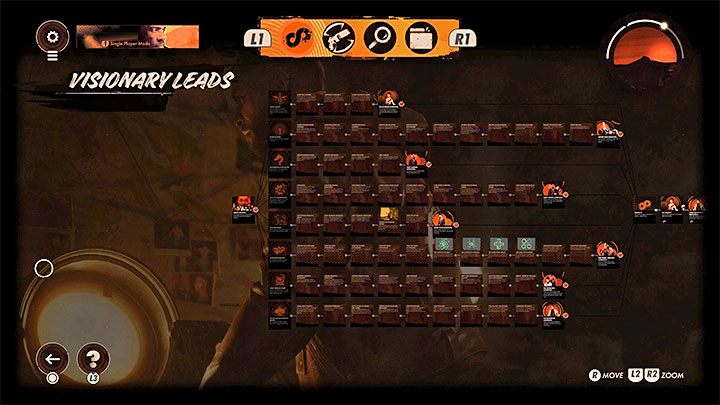 Visionary Leads are directly connected to the bosses, they're the equivalent of main quests you complete while playing through the campaign. All those missions are described on separate pages of our walkthrough. In this chapter you'll find links that can redirect you to specific pages of the walkthrough containing more info regarding dispatching a Visionary or influencing their schedule for the day. 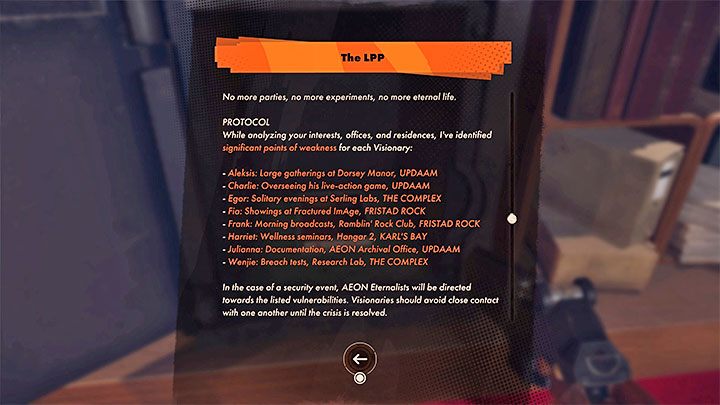 Below we've listed all eight Visionaries you'll encounter during the game. You can find more information about them on the following pages of this chapter of our guide.