On this page of our guide to Deathloop you'll find info regarding keeping Colt's weapons and powers for usage during subsequent Loops, which helps you progress in the game. We've listed a walkthrough of the Ubiquity arsenal lead which is tied to this mechanic. Thanks to this lead you'll learn about Residuum and unlock infusing gear. 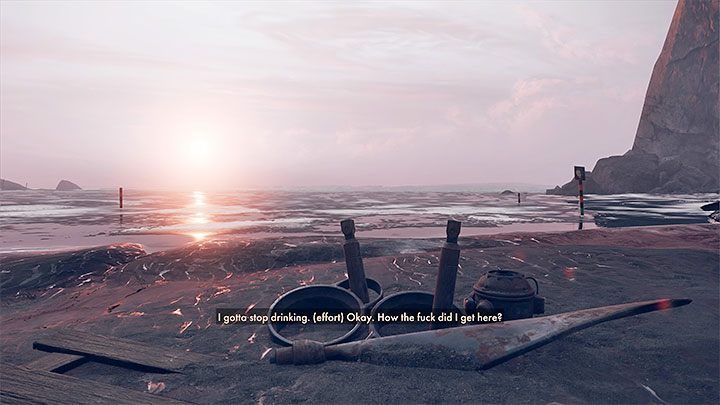 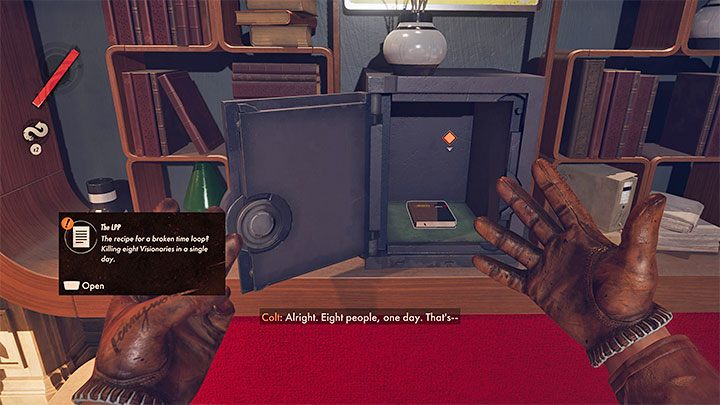 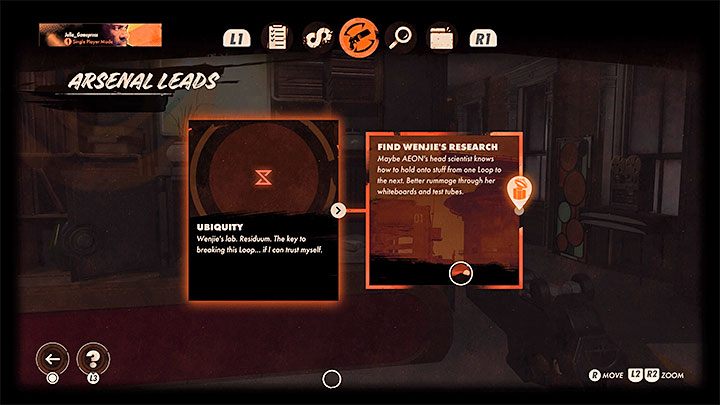 To gain the possibility of collecting Residuum and permanently purchasing weapons and hear, you must first complete the Arsenal Lead (mission) Ubiquity. Fortunately, you can't miss it. It's received automatically after finishing Colt's prologue we've described on a separate page of the walkthrough, that is, after finding documents stashed in a safe in the protagonist's apartment. Doing so equals progressing to the main part of the game, with the aforementioned lead appearing in your journal. 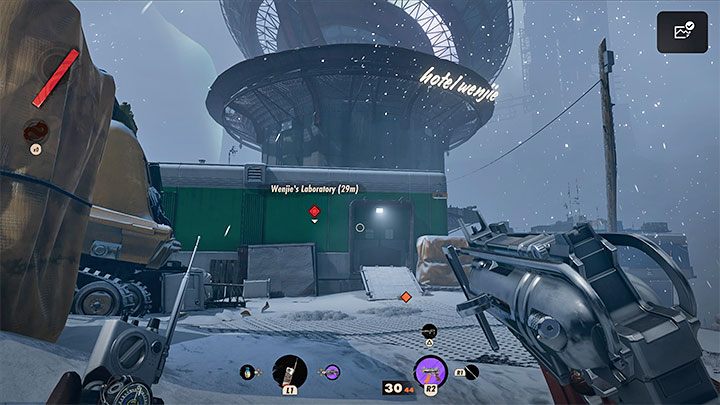 This mission tasks you with finding the research conducted by Doctor Wenije, one of the Visionaries (bosses). To do so, you must return to the tunnels and, from there, visit The Complex during the afternoon. 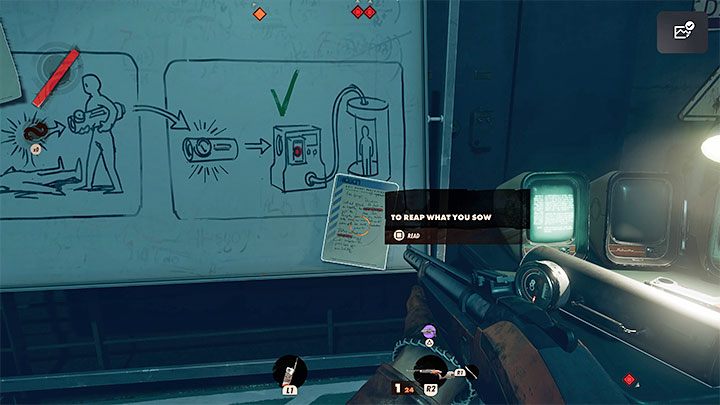 As soon as you get to the lab, you will discover that there is a large number of Wenjie instead of a single opponent. You must start gradually eliminating them, until you dispatch all the "copies" and defeat the Visionary.

Examining the lab itself is equally as important. First of all, approach the board shown in the picture and notes attached to it. (To Reap What You Sow; Unknown Unknowns). You will learn about the Residuum. 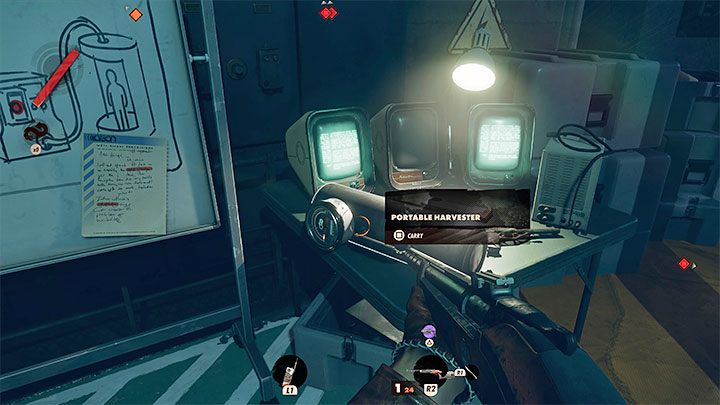 Continue to fight remaining Wenije copies until you manage to deal with all of them.

Go back to the board and find the Portable Harvester nearby. 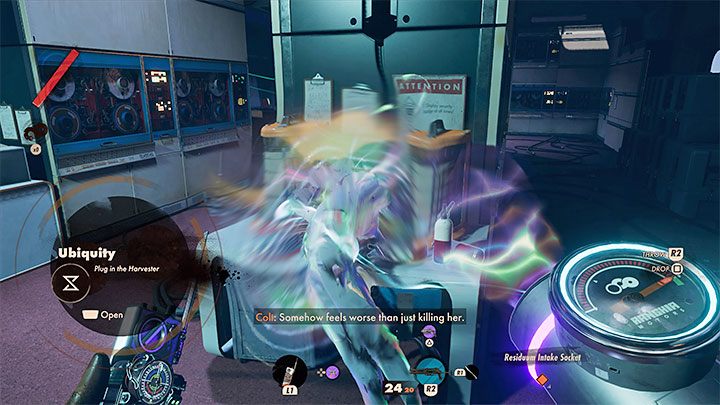 Get the device to the last defeated Wenjie, and use it on her suck up the remains and get Residuum. 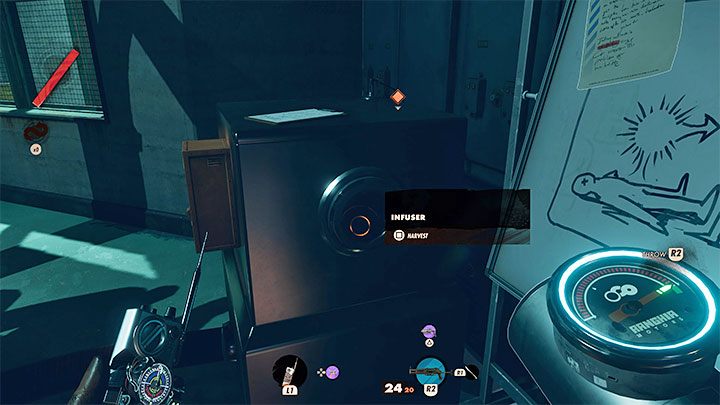 With the device is filled, you have to reach a infusor in the laboratory. Insert the harvester into the side slot. 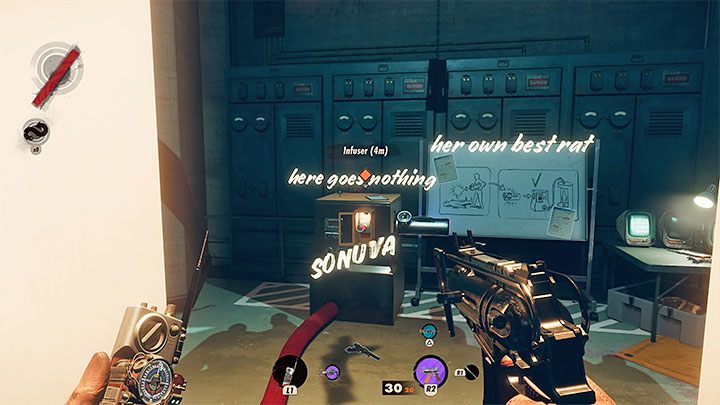 Now you just need to activate the experiment - you need to enter the large chamber and use the Hackamajig to remotely activate the device (look towards the button with your gadget out to locate the hacking place).

Colt will die at that moment (don't worry, this is planned), and after being reborn on the beach, you will be able to collect Residuum in the game world.

Collecting and spending Residuum - description of this new mechanic 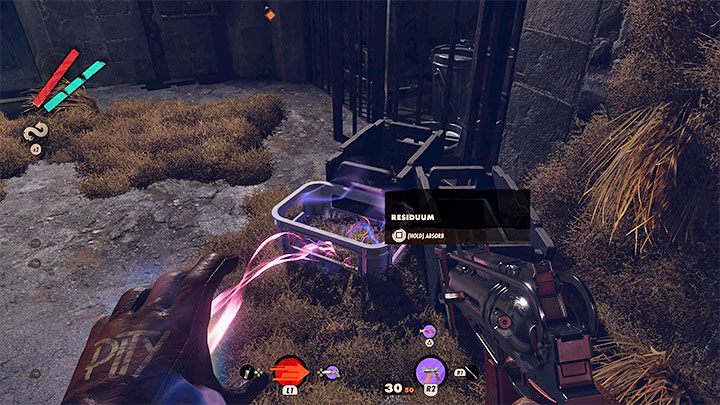 You can collect Residuum in two different ways:

1) Finding shiny objects in the game world - Once you get close to such an object you can hold down the interact button to "suck out" the Residuum. 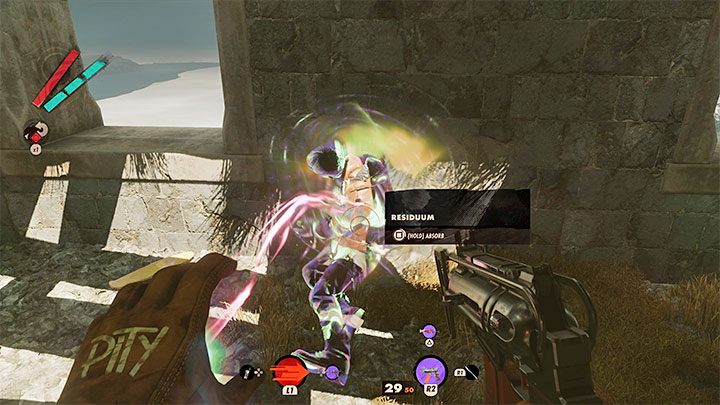 2) Eliminating Visionaries (including Julianna) - Each defeated Visionary-boss will turn into a very big Residuum deposit.

Note - if Colt dies, a similar thing can happen to him. If you resurrected yourself by using the Reprise power, try to reach the place where you died before, interact with your "corpse" and regain the Residuum you've lost. If you died for good during the Loop, all your Residuum will be lost. 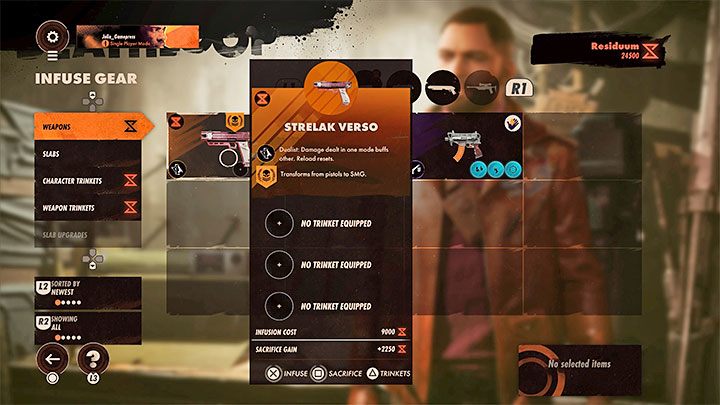 You can spend Residuum inside the tunnels visited between main quests, in the preparations menu before each of your trips. The two most important options are:

1) Infuse - You can use this action on obtained weapons, weapon upgrades, Trinkets, Slabs (powers), and Slab upgrades. This is the only way to avoid losing found objects as the Loop ends. Once you "purchase" something by infusing it, this item will remain in your inventory permanently (unless you decide to sacrifice it, as described below).

An additional hint - We strongly advise you to infuse every single power (slab), as they're incredibly helpful in later missions. We advise you to unlock and infuse the Shift power as soon as possible (it's dropped by the Visionary Charlie Montague), as it gives you the ability to teleport. For more information on available powers, check theBest powers page. 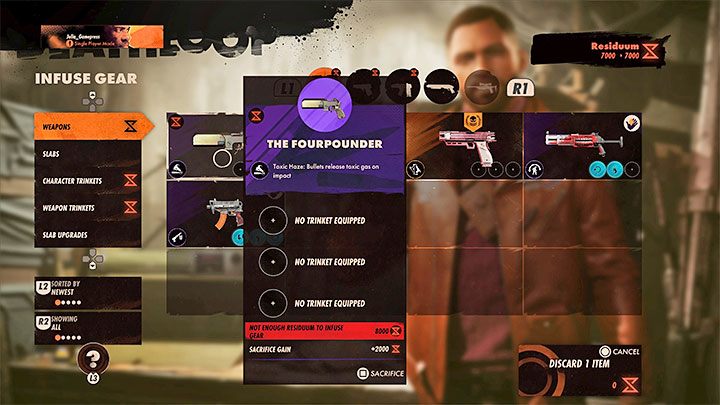 2) Sacrifice - This action allows you to destroy an object (a weapon, a slab, a trinket, etc.) in return for some residuum. You should decide to do so if you urgently need Residuum to infuse more important items, if you know that an item won't be of any use to you, or if you already own a similar or identical item and don't need a spare.

Note - you must additionally confirm each sacrifice by clicking in the lower-right corner of the screen. This serves as additional protection against accidentally disposing of valuable items. 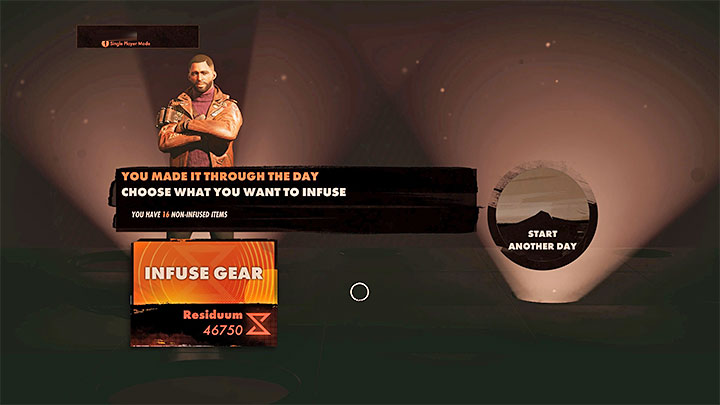 It's very important to spend the gathered Residuum during the currently played Loop, that is, before the day ends. Otherwise unused Residuum will be lost once the next Loop starts.

The game, fortunately, allows you to Infuse and Sacrifice items even after you return from the final location visited during the Evening. You'll be able to Infuse the items you want before you choose to move on to the next Loop / the next day.