On this page of the Deathloop guide there are key information on combat and stealth. They will allow you to more effectively eliminate enemies and stay hidden in situations where direct confrontation is not advisable. 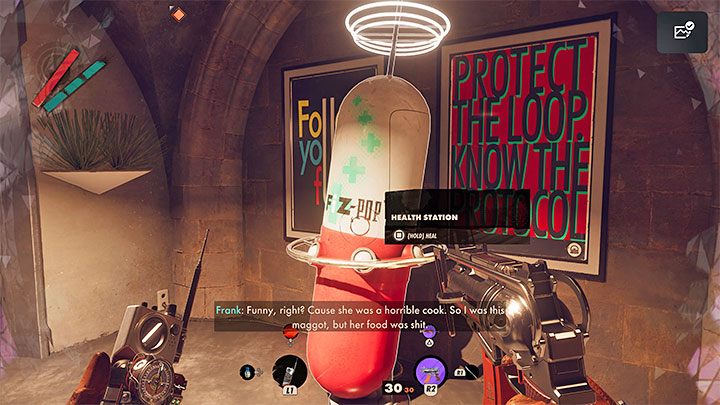 In Deathloop combat occurs much more often than, for example, in Dishonored. You need to be aware of this and not treat direct confrontation as an element to be avoided at all costs. Combat obviously is risky, because you have a limited number of Reprises (a kind of extra life), and if you run out of them, you may end the Loop prematurely. This means that you will have to start over in a new Loop. It is worth remembering this especially if the hero is injured or if there is a large group of strong opponents in a given location-attacking them can end badly.

During combat, health isn't restored automatically. This is possible due to finding the FiZ-Pop drinks and using health stations. In case of more serious injuries, you should consider leaving the combat zone immediately and looking for health regeneration opportunities. 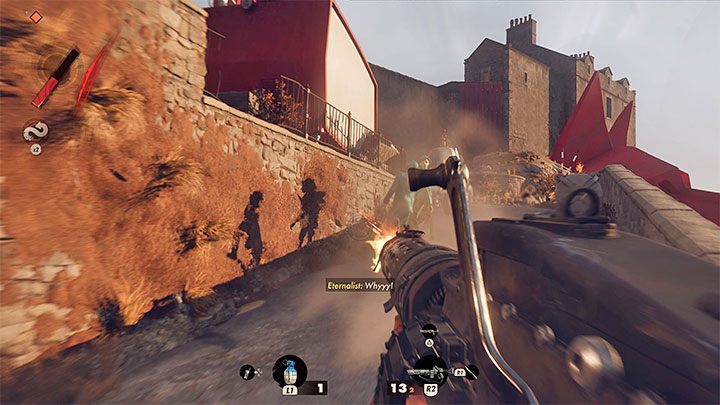 In combat, you mostly use firearms. You can find many different weapons, and aside from the classic shotguns or rifles some of them can have a unique effect (e.g. shooting with nails). What's interesting, there is a chance to transfer the acquired weapons to the next cycle just to make it easier. We described it in more detail on page Weapons and powers - how to keep? and others.

You need ammunition to use firearms, but its default amount is rather limited. Try to keep 2 or 3 different weapons in your equipment, i.e. ones that use different kinds of ammunition. This will also allow you to better prepare for different kinds of fights - you can, e.g. keep a close-combat weapon and another one for long-distance or stealth fighting ready. 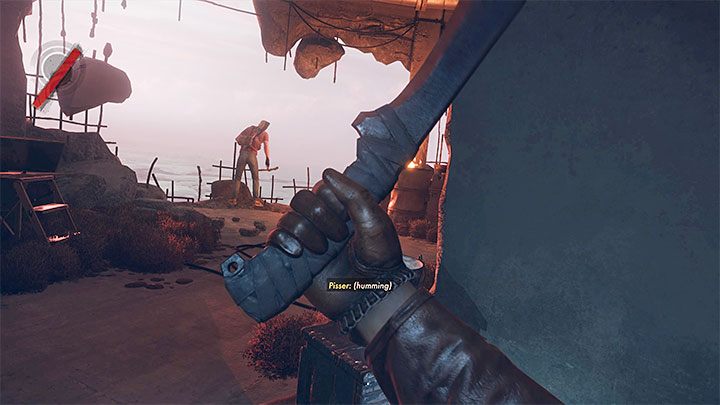 Colt has a machete and although it's mainly used for silent kills, you can also try to use it in close combat.

Yet another way of eliminating enemies are grenades - it's worth throwing them into larger enemy groups so that a single explosion will take out or weaken as many enemies as possible. If you're expecting a fight or you think that the enemies will arrive, you can set up mines in the area, instead of using grenades, and let the enemies walk into them. 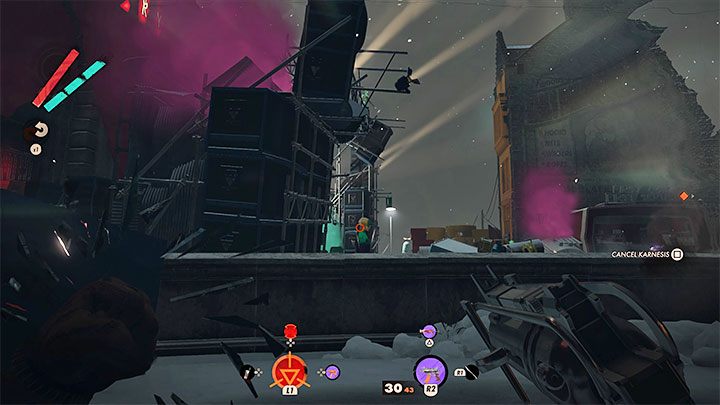 Protagonist's supernatural powers can also help in combat. An excellent example here would be Karnesis which you can use to e.g. push the enemies away. This power works perfectly in locations where you can easily use telekinesis to push enemies into the abyss and get rid of them faster. Another great combat power is Havoc, which strengthens the hero's attacks and armor - this way, you can eliminate enemies faster and be more resistant to their attacks at the same time.

You gain new powers for killing subsequent Visionaries, and here you can also transfer the powers to next cycles. 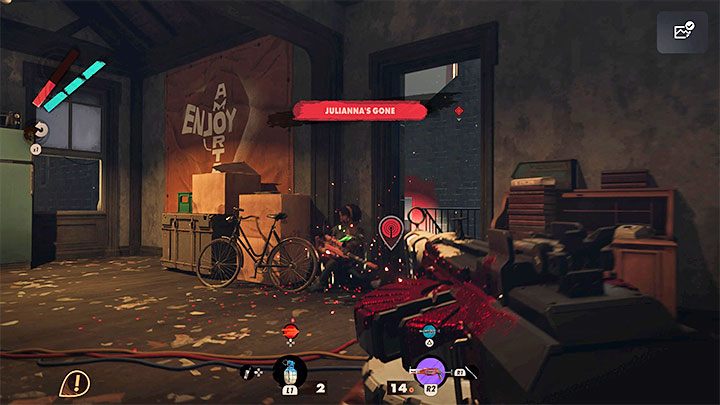 Julianna poses much more threat than the usual enemies. As a reminder, she can be controlled by another player or artificial intelligence. Julianna has a similar skill set to Colt, as a result of which the fight can be leveled or even give the woman an advantage if she manages to correctly attack by surprise. You must always be ready to defend against her (her appearance is signalled with a characteristic sound and a notification on the screen); unlike "normal" enemies, Julianna can attack when least expected.

Fights with Julianna have been described in more details on the page Invasions - what are they?. 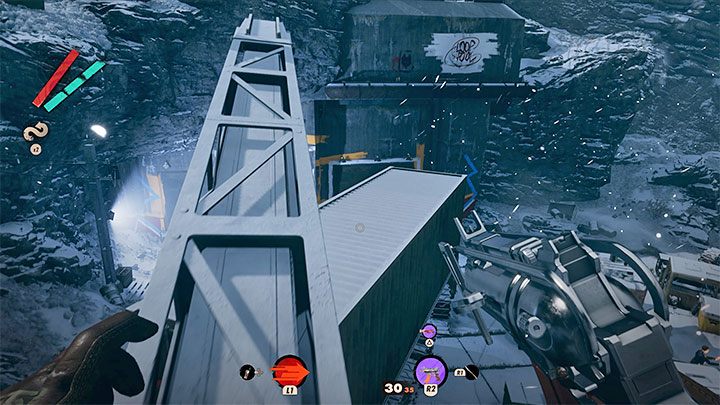 Deathloop lets you sneak and it's a good way to get through hostile locations without incurring the unnecessary risk of open confrontations. Unfortunately, staying hidden can be more difficult near the main targets, who are obviously more closely guarded.

Marking/tagging the enemies is one of the most important mechanics of sneaking and stealth (bottom key on the D-pad). You can tag all enemies you encounter. The main advantage of this technique is that you can track the enemies easily, even if they disappear from your sight. Additionally, you can read what equipment a given opponent has - this can be useful when when you're planning kills and looting the enemies from all they had. 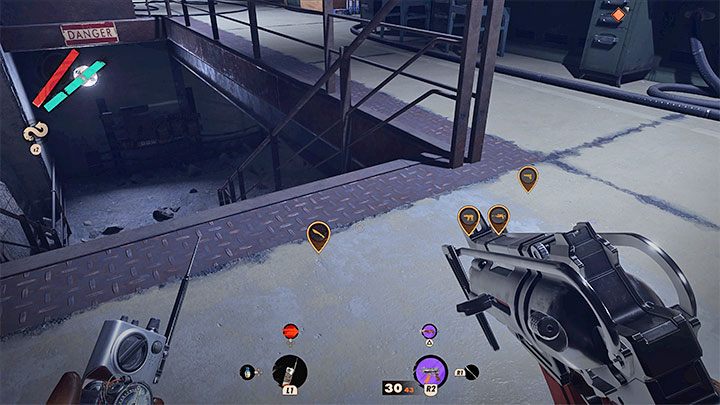 Enemies in Deathloop have a specific field of view and if you are noticed, the alarm level bar will appear on the screen. It will gradually fill up if you don't react quickly and hide behind cover. Enemies can turn yellow (they will follow Colt to his hideout) and then red (open combat will begin). In some locations there are additional scouts who can call for reinforcements. It's worth getting rid of them quickly or hacking their radios so they can't call for backup.

Opponents also react to the sounds of the environment. Here, moving when crouched is very helpful. You can also look for trinkets that will reduce the noise the hero makes even more.

If you've been detected, you can attack the enemies or run. If you're not prepared for battle or you don't want to risk losing the precious health points, then the second option is obviously better. As you escape, you can use the powers described below or just sprint to get out of the enemy's sight and then wait out their search. 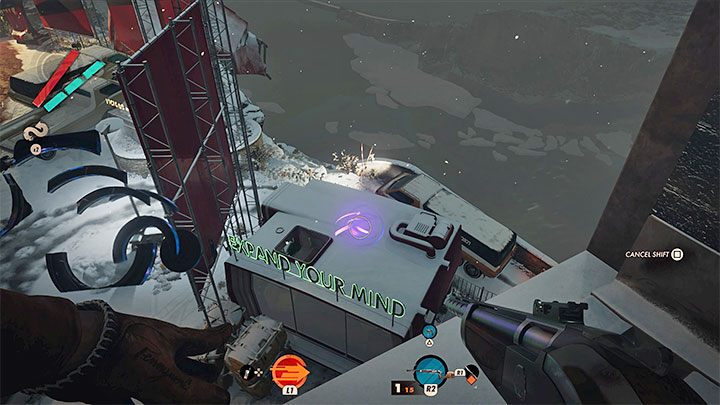 The Shift power (teleportation) is very helpful in sneaking, and it's similar to the Blink power from the Dishonored games. For example, you can move safely to the next cover or teleport to the roof or a higher shelf in order to avoid enemies more easily. This power is obtained by default for defeating the Visionary Charlie, but it can also be a reward for dealing with Julianna. It is worth unlocking it early in the game.

Combining Shift with double jumps is also a good idea -the latter come from a trinket (skill) that you will unlock early in the game. Performing double jumps can make it even easier for you to reach inaccessible places or avoid dangerous locations. 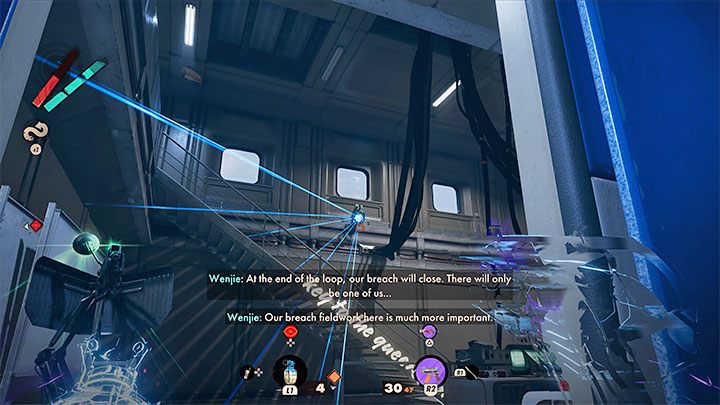 Colt can temporarily become invisible, but this becomes possible only after obtaining the Aether power. The camouflage can be used in many different ways - you can use it to bypass the enemies completely, when you prepare for a stealth kill or for bypassing the local security systems. Remember that this isn't total invisibility and you can be uncovered by enemies that will come close to the hero.

Unfortunately, Aether in its default form uses up the power bar pretty quickly. Try to get upgrades to this slab in order to reduce the energy consumption or even stop it completely when the character isn't moving. 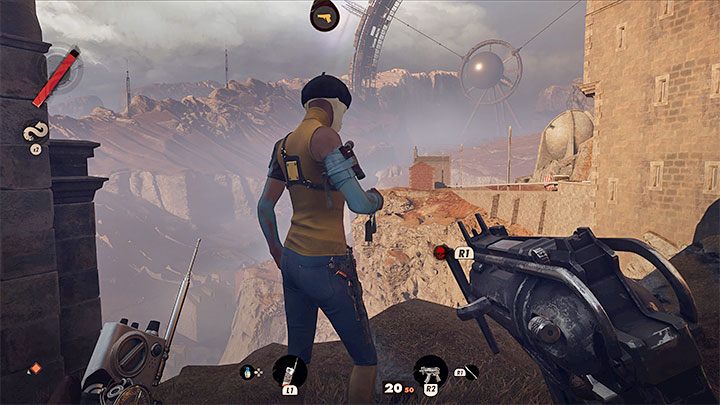 In Deathloop silent kills are possible and effective. They can occur in different varieties, and the most important of them are: 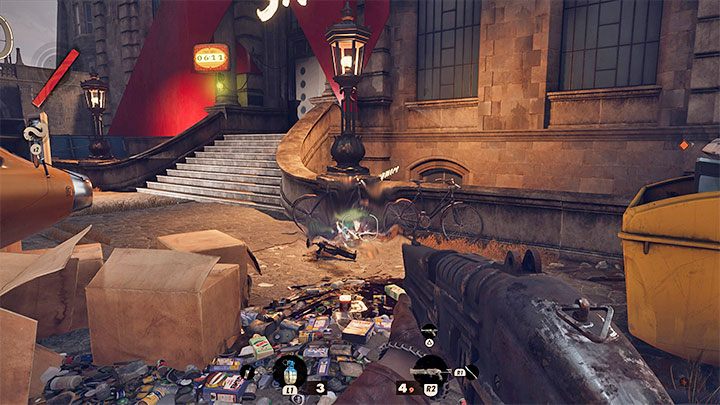 There is one additional difficulty associated with stealth killings - they dead enemies leave traces of themselves in the places where they died. Any such trace can be noticed by other opponents, who will then be alarmed and start searching the area. Deathloop unfortunately does not allow you to carry the bodies so try to take the enemies out once they are in more secluded locations. 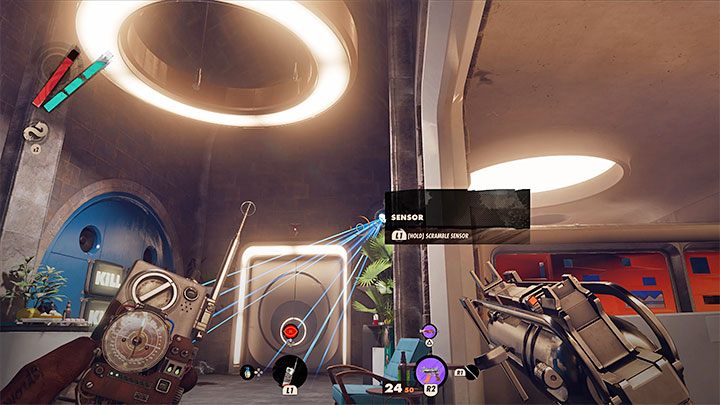 Hacking can also help you avoid open combat and alarms, especially since you will be able to access all features of the Hackamajig right at the beginning of the game, and you won't have to upgrade it further. Its most important uses are: