On this page of the guide you will find the answer to the question what are the consequences of the death of the main character of Deathloop - Colt.. You'll also learn how to avoid dying by resurrecting yourself with the Reprise power and how to die less frequently.

The most important information about what cycles are in the game world can be found on a separate page of the guide titled Time loops. The following information, in turn, concerns only the topic of death and "resurrection" of the protagonist.

Key information about death and its consequences 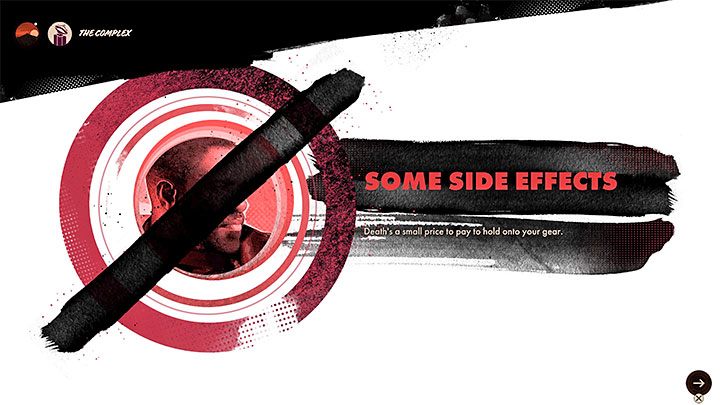 Reprise - how does the resurrection power work and how to get it? 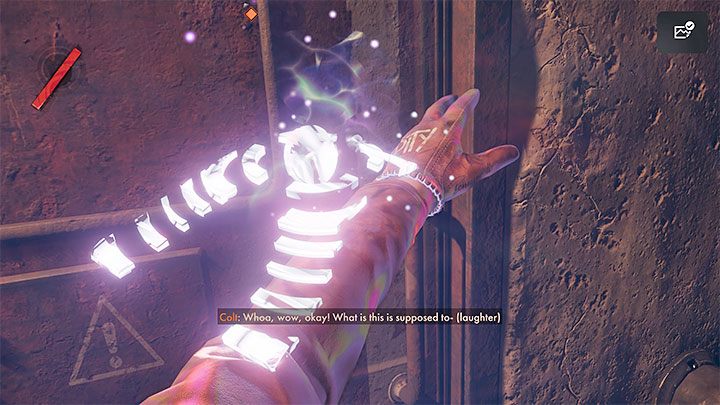 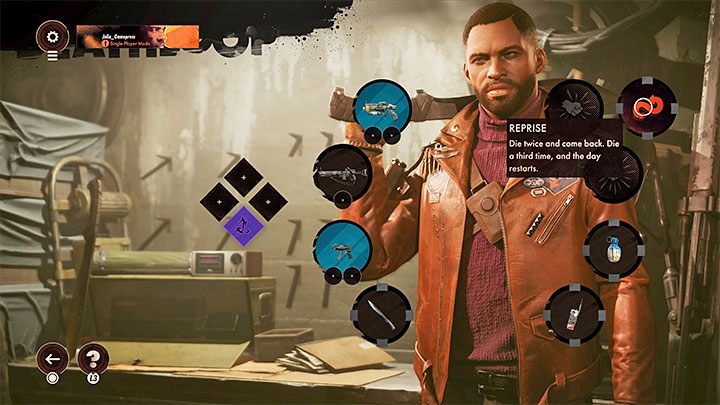 Reprise is the name of one of the powers which you can use when playing as Colt - the main playable character. It allows you to resurrect the hero after death and you can think of it as having extra lives. The main character can use this ability twice before finally dying and restarting the loop. In Julianna's case, unfortunately, there is no Reprise, and her death will always cause you to fail.

You don't have to look for Reprise on your own, because you will receive it permanently right at the beginning of the game, specifically in the Manor Cliffs (the starting location on the beach). At the end of exploring the cliffs, Colt will acquire the Reprise Slab, which will stay with him till the end of the game, meaning it will work in the background and you won't lose it in subsequent Loops. 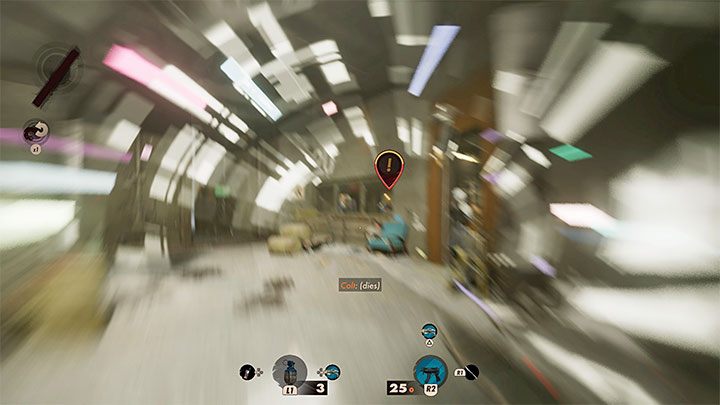 The Reprise power activates automatically when you lose all health points. You will be "brought back" a little and resume the game in a place adjacent to where Colt died. In addition, Colt will be invisible for a short time. This is very useful, because you don't have to worry that you will have to start fighting the enemies that killed you immediately after the "resurrection". 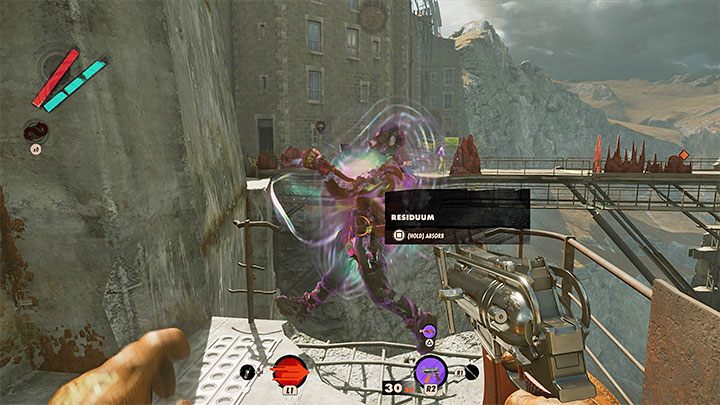 When you go back to the previous location, you can move away from the place where you died or plan your route, as well as the fight with the enemies that killed you, differently. This second option is better if you want to recover the Residuum which you had before you lost your life. To do this, you must reach the main character's trace of some sort and interact with it to absorb 100% of the carried Residuum.

It is worth noting that you don't have to hurry to get to Colt's body. It's best to get rid of or distract the enemies nearby to avoid dying in the same spot again. 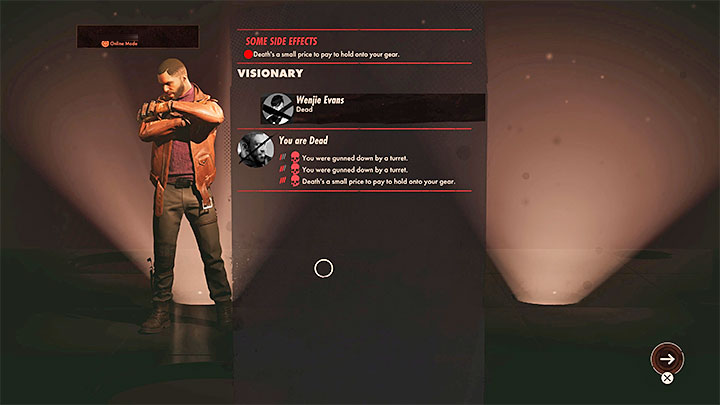 Reprise allows you to respawn max. two times in one location. The "death counter" is reset not only in subsequent Loops, but also when you move to another district during the same Loop. In short - in each visited location you have 2 extra lives before the ultimate death.

If you die for the third time, and Reprise won't work anymore, you will end the current Loop and move on to the next day. Remember that this will make you lose all equipment that you didn't assign to the character by spending Residuum. 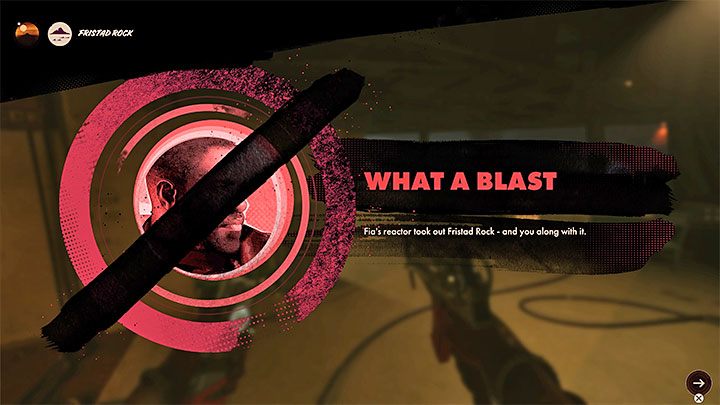 You must be aware that in exceptional situations, Colt can immediately die, without the option of using Reprise. This can happen, for example, if the reactor on Fristad Rock explodes - for more information, see the walkthrough of Afternoon Delight.

If you feel that Colt's "ultimate" death may occur in a moment, and you don't want to restart the Loop, you can "cheat" by pausing the game and returning to the main menu. When the game resumes, you will start exploring the last district from the beginning, but it won't restart the Loop completely.

How to die less? - practical tips 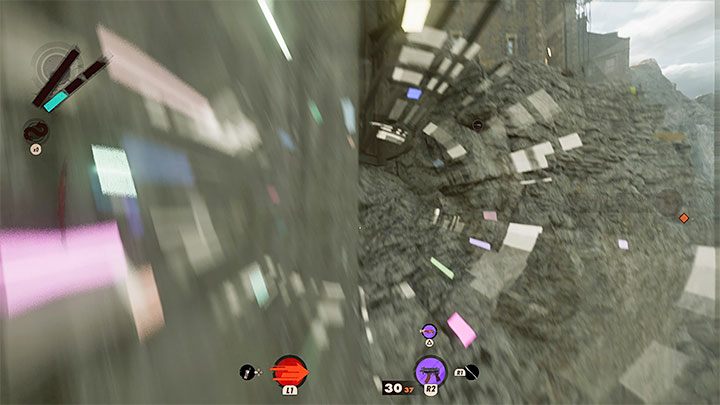 Here are some quick tips on how to die less often in Deathloop:

For more hints and tips, check out the following pages: Beginner's Tips and Combat and Stealth.