On this page of the Deathloop guide there is an explanation what are time loops also called cycles. Additionally, you'll learn how loops affect the course of the game and what an example loop might look like. 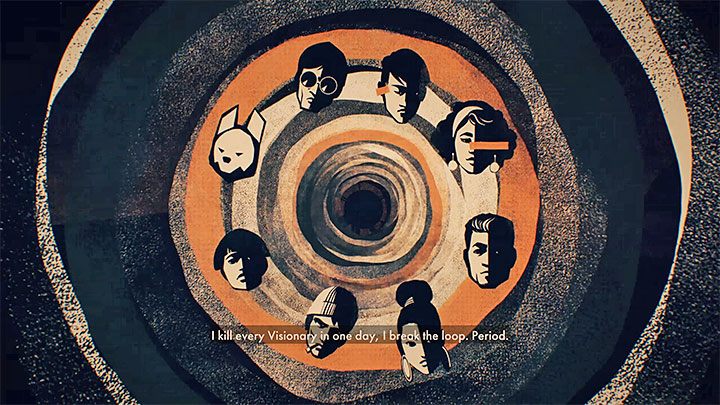 An example course of a loop

Note - we've described the first moment of the game on a separate page Colt's Prologue. There, you will find a list of all the initial tasks and activities required to proceed to the main part of the campaign. 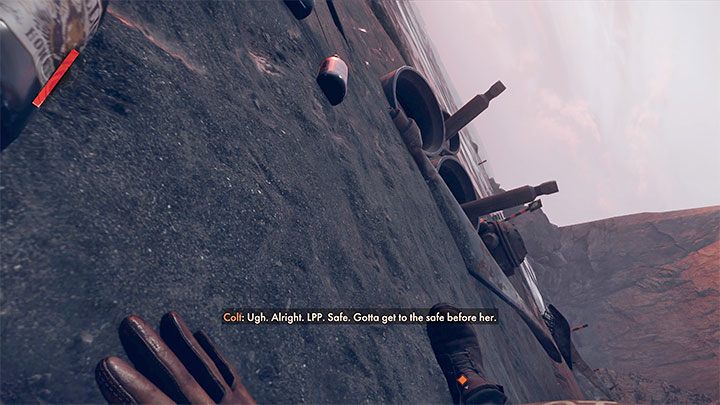 By default, the new loop starts in the small starting location called Manor Cliffs. You can end up on the beach, if: 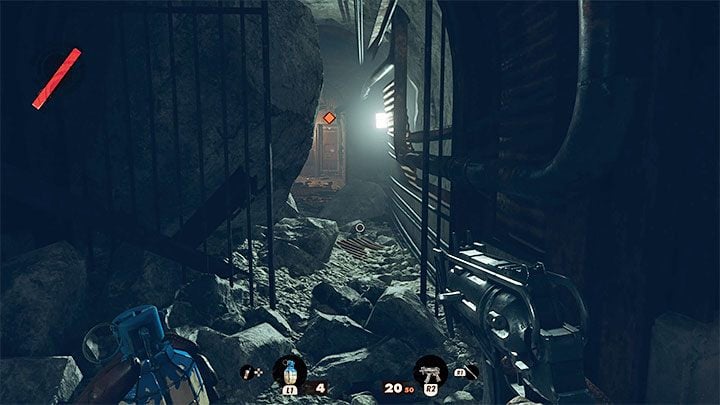 Your primary task on the beach is always reaching the tunnels where you plan all your moves. In each subsequent attempt, you can find:

The first visit to the beach is longer than the next ones, because Colt has to get the code to the blocked passage. Thankfully, the combination (3663) does not change in subsequent attempts and can also be entered automatically. 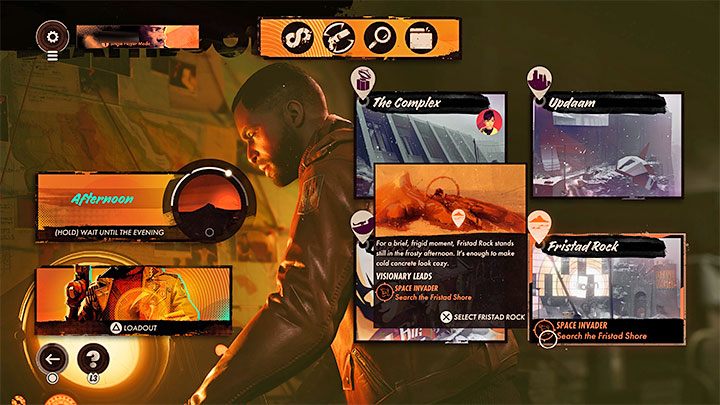 As we have already mentioned, tunnels are where you plan your next expeditions. You can go to 4 main locations, which are the Complex, Fristad Rock, Updaam and Karl's Bay. Aside from choosing the district of Blackreef, you also need to choose the time of day - morning, midday, afternoon or evening. This is important because:

You can read in the preparation menu about the times of day linked to specific Leads or clues. You can always go to a given area with certainty that the activity you're interested in will be available.

Additional hint - remember that you can follow the selected clues and discoveries, so that their icons can appear on the screen when you reach a new district. 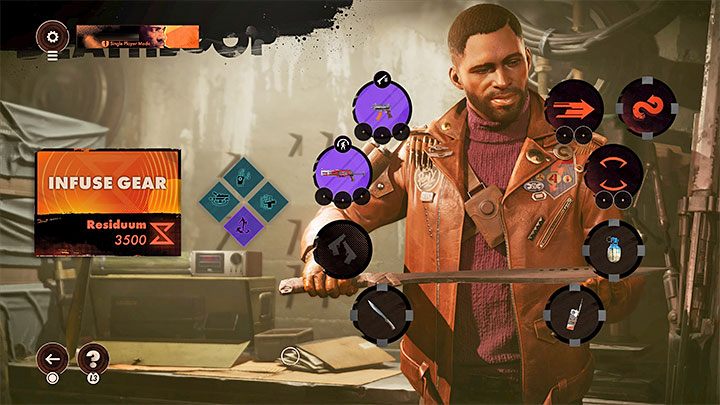 Aside from analyzing the clues and selecting the district, it's also important to choose Colt's equipment in the Loadout menu. In it, you can: 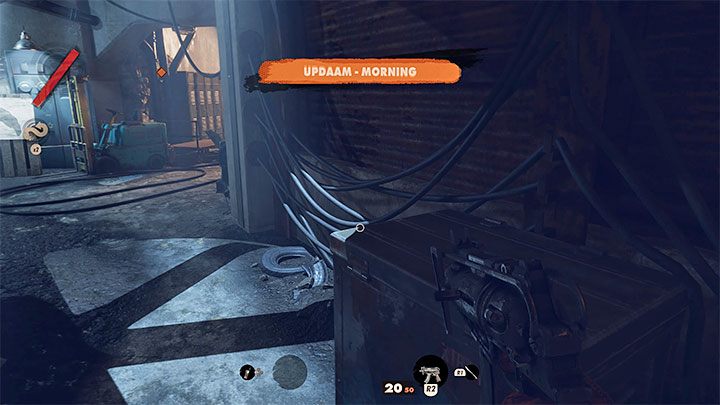 Once you've moved to the chosen district of Blackreef, you don't have to hurry. The time is "paused" when you explore the district - you can spend 5 minutes or 2 hours in there and the time of day will not change.

District exploration may end, if: 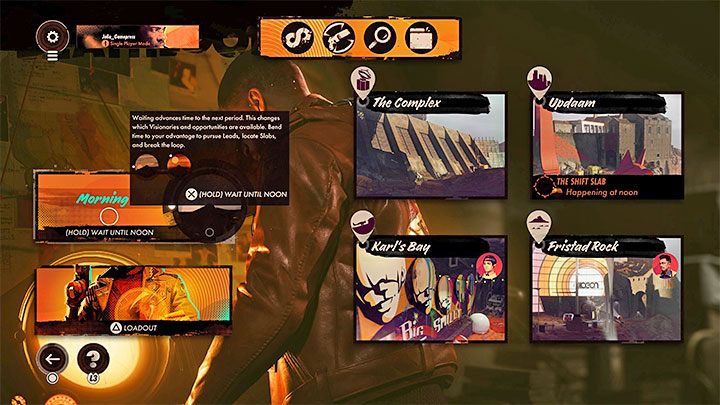 As there are 4 times of day in the game you can complete up to 4 trips in a single Loop. There are two things to note here: 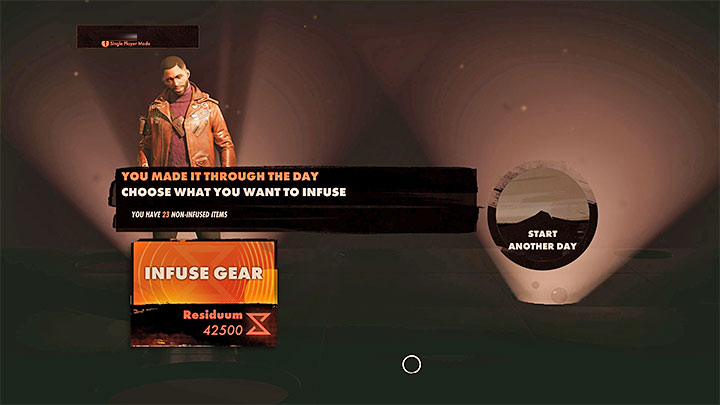 If you made it to the evening and didn't die in the process, a full day summary window will show up on screen. It allows you to infuse or sacrifice your equipment for the last time - remember that unused Residuum does not transfer to the next loop so it can be wasted.

Holding down the button that starts another day will end the current Loop and start a new one. In subsequent cycles, your progress related to the Leads (missions) and discovered clues is not lost. You can resume your mission and explore discoveries in exactly the same spot where you left them without risking the loss of your progress. This way, you never have to rush to complete the current task before the end of the day. 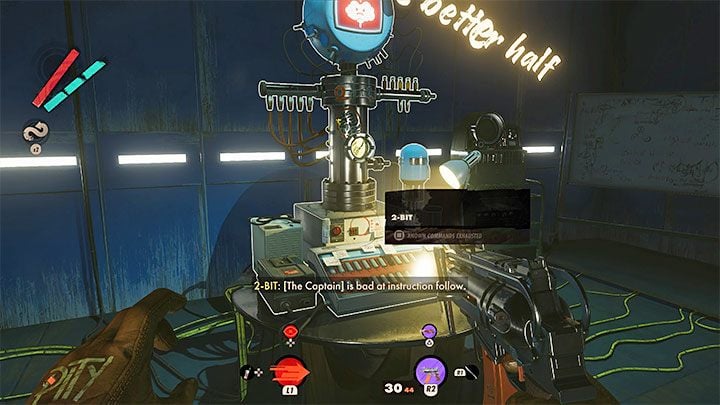 Additional information - almost all the characters you deal with during the game (ordinary enemies and Visionaries) can't remember previous Loops, so once you start a new day, they will return whatever they had planned before and won't prepare for Colt's arrival e.g. to better respond to his attack. You can use this to repeat the same steps in order to e.g. perfectly plan the assassination of a specific Visionary.

Of course, Colt and Julianna do remember the events of the previous days. During the game, you can also meet an intelligent 2-BIT machine (in Charlie's castle), which also can retain some memories about the events and conversations in the past Loops.