On this page of our guide to Death Stranding we explain a rather unusual issue, that is not directly connected to the gameplay, namely why the main hero has decided to avoid touching other people?. 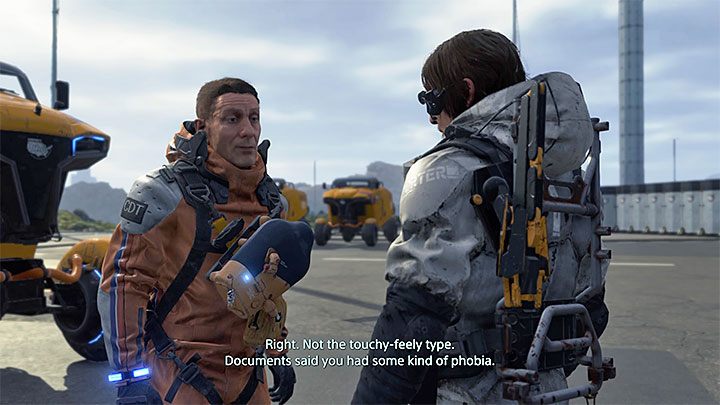 The problem discussed on this page of our guide can already be seen in the first minutes of the game when the main character refuses to shake hands with Fragile during the first meeting in the cave. You will witness similar scenes throughout the campaign and the NPCs you meet may comment on and respond to the situation in different ways.

The reason for the main character's reluctance to touch other people is simple - Sam suffers from a disease called Aphenphosmphobia. One of the symptoms of this illness is the fear of touching another human being. It "works" in both sides - Sam avoids touching other people and does not initiate physical contact by his own initiative. 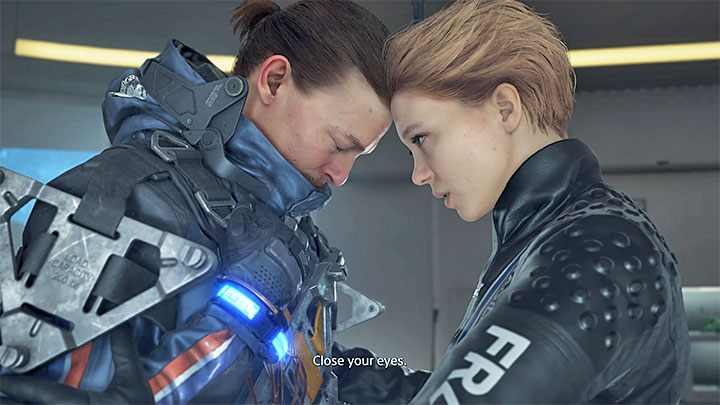 The disease of the main character makes it difficult for him to establish relations with various NPCs, although it does not completely paralyze his social relations or activities. In the most important moments of the plot, for example, when other people's lives are in danger, the main protagonist will decide to make an exception and allow himself for some physical contact with another person. The list of "exceptions" will include Fragile, Amelie (the hero's sister) and Bridge Baby.