The ninth chapter of Death Stranding begins after completing order #62 - Repair: Chiral Relay. Before you start this mission, it would be wise to complete all tasks available in that part of the map.

This page of the guide to Death Stranding focuses on the ninth chapter. In addition, you will also get information about the opponents you have to face in this chapter.

Where the mission begins: North of Edge Knot City. 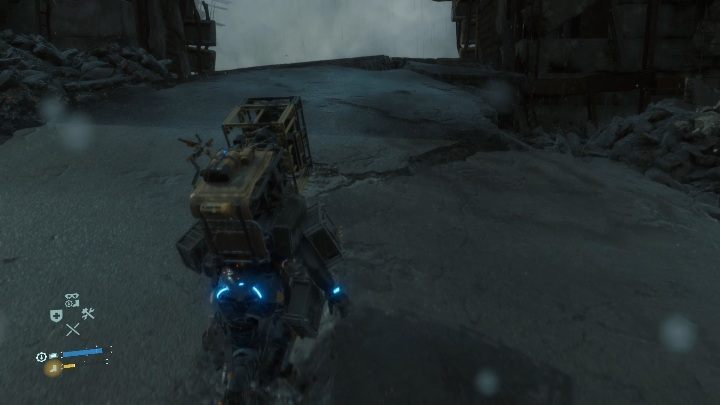 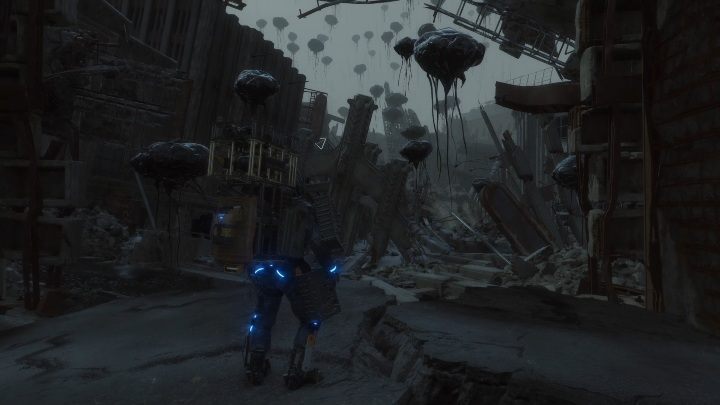 This order isn't the most pleasant nor quick. You need to complete the entire route by sneaking slowly and silently to avoid all of the BTs in this area. If you stand up, you will be attacked immediately.

You can relax only after you get to the base and trigger the cut-scene.

Where the mission begins: Complete order no. 63. 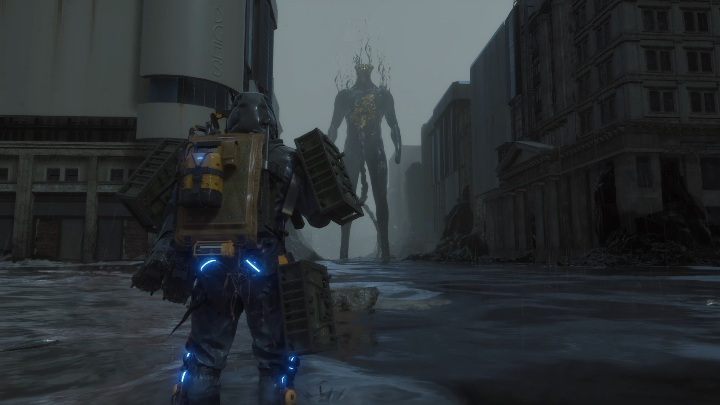 When you leave the base, you will be attacked by a giant. This enemy is huge and very tall. However, it has very limited movement which makes it an easy target.

The ideal weapons to fight it are Hematic Grenade, Remote-Detonation Grenade Launcher and Anti-BT Handgun. 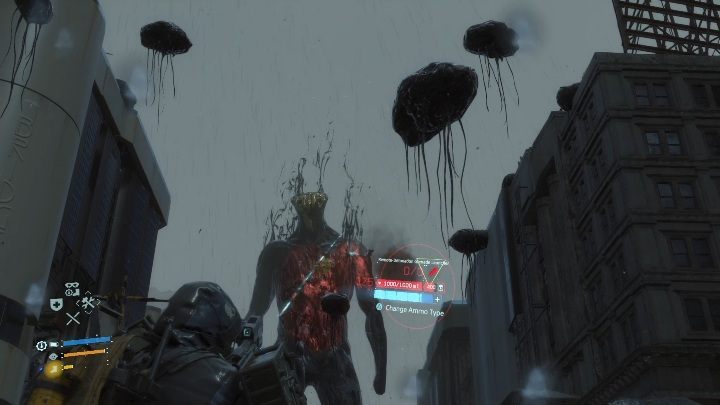 You can quickly defeat the opponent by shooting at its chest. This will deplete a lot of health points.

This fight has been described in the Combat chapter. Check How to defeat the giant page to learn all the details.

Where the mission begins: Complete order no. 64. 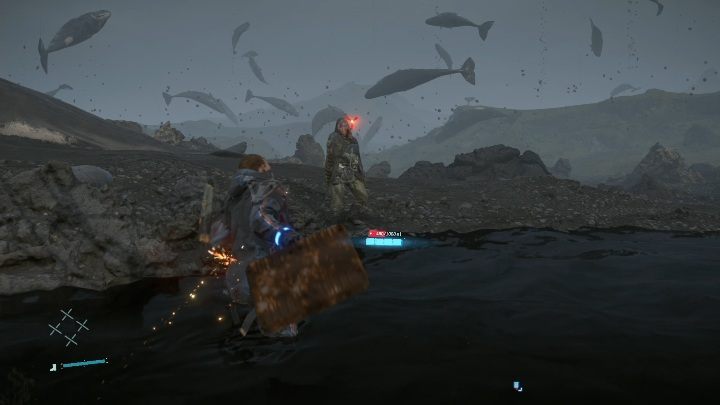 This mission is about eliminating a target. The fight has three phases. In the first, you have to hit Higgs with cargo and attack him with your fists. This will trigger the cut-scene. 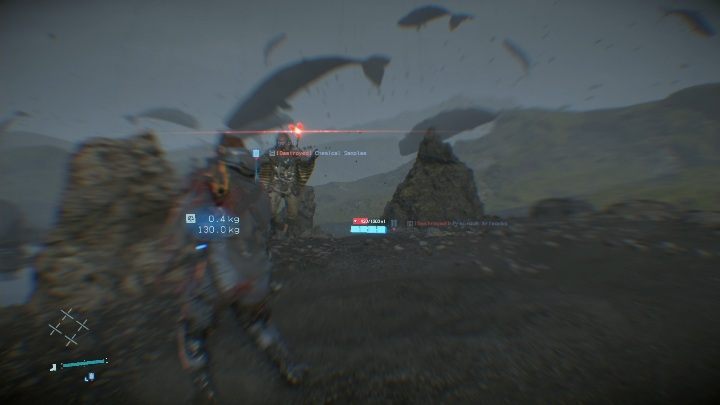 After that, you will have to throw more cargo at him again. However, Higgs will be much clever - the opponent will teleport more often. You can stop Higgs by hitting him with fists. 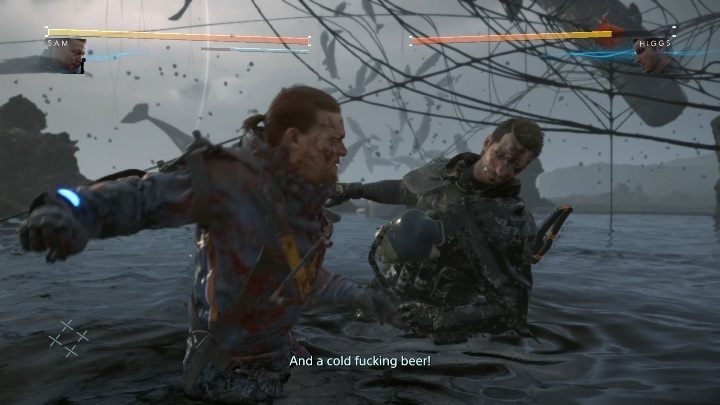 The last phase is significantly different from the previous fights in the game. You have to keep hitting the enemy and defend against his strikes. Your movements are limit by the hero's stamina. Give him some time to rest so he can do even more damage.

This fight has been described in the Combat chapter. Check How to defeat Higgs page to learn all the details.