The fourth chapter of Death Stranding will begin after you have completed the Order no. 38 - Emergency Provisions Delivery: South Knot City. Before you start this mission, it would be wise to complete all tasks available in that part of the map.

On this page of our guide to Death Stranding we have described all orders and tasks available in Chapter 4 of the game.

[Order No.39] Escape the Battlefield 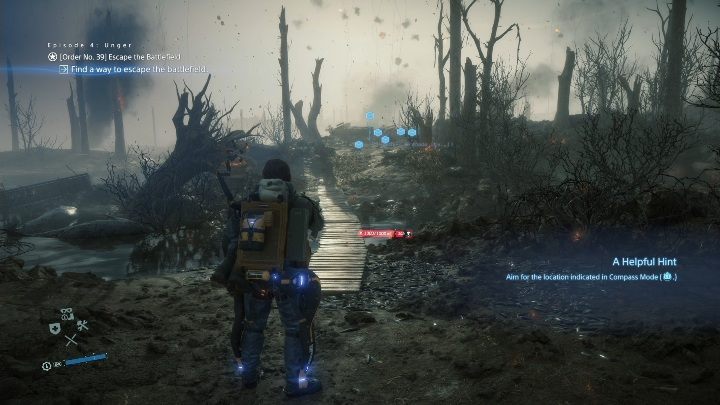 Where the mission begins: Lake Knot.

After chapter four begins, you'll wake up in the middle of a fight. Your parcels are scattered around, collect them and continue your journey.

At the very beginning you have to reach the first cut-scene which shows Mysterious Man (Clifford Unger). After this video you will have to start hunting the enemy. 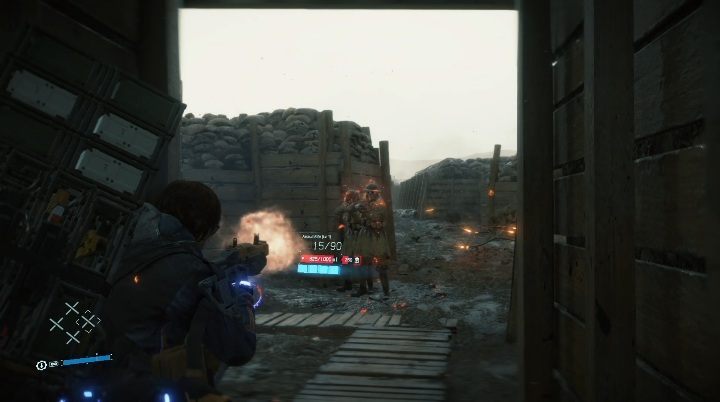 There will be various enemies standing on your way. You can kill them with a firearm or blow them up with grenades. You don't have to worry about the consequences of your actions. 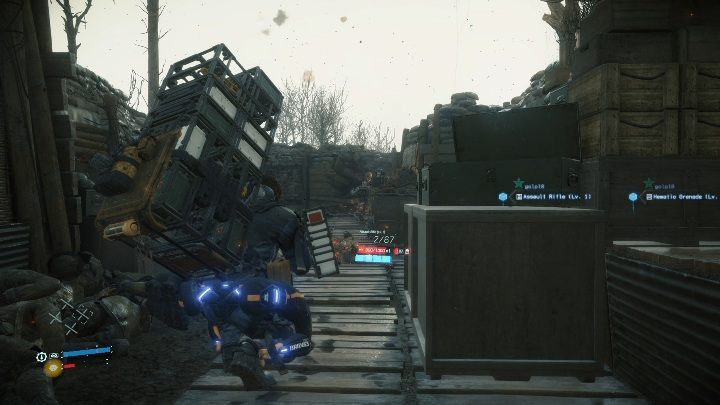 Your mission is to reach the Mysterious Man. The path to him will be marked by an antenna that accompanies the main character. Once you have found your opponent, you must attack him and ultimately weaken him. When you do that, the story will start over again. To complete this mission, you must defeat him four times.

After defeating your opponent, you will be moved to one of safe locations.

In the combat and important duels chapter (that occur in Death Stranding) we have described this battle in more detail. Please check the Clifford Unger Chapter 4 page of our guide to find full details.

Where the mission begins: after you complete Order no. 39.

The order must be completed in 60 minutes. 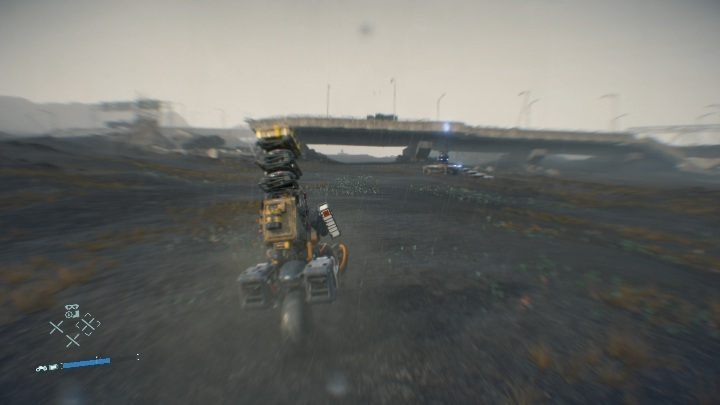 Start by putting cheesy pizza on your back and jump on your motorcycle. You can complete the delivery much faster when using a motorcycle. 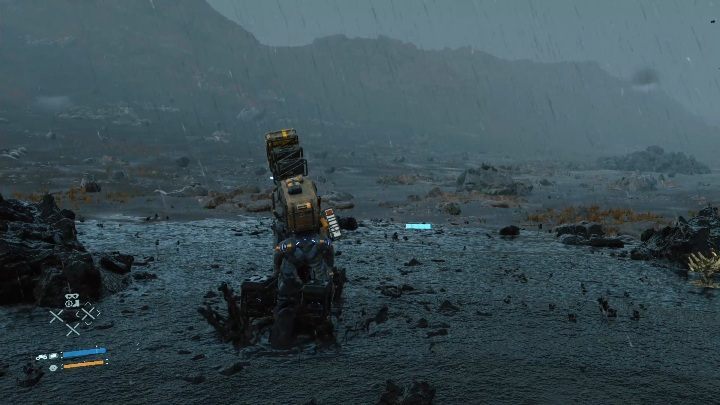 At some point your character may stop because BB will detect a threat in the area. Jump off your motorcycle as soon as you can and stand on one of the rocks. That way, you can avoid BTs attacks. 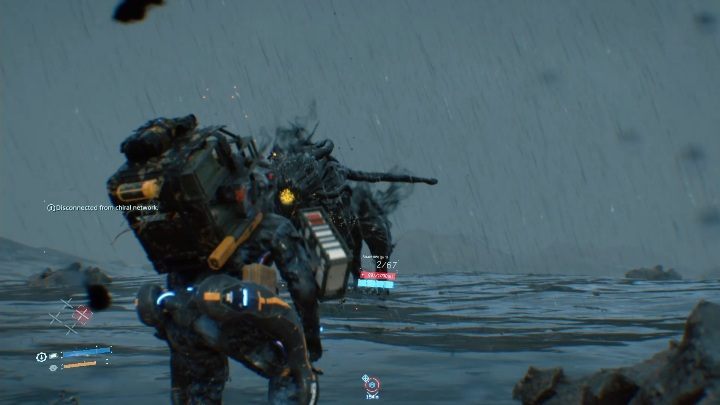 After a few seconds, a big monster will appear. There shouldn't be any other enemies around him. So, you can focus your attention on this particular monster. 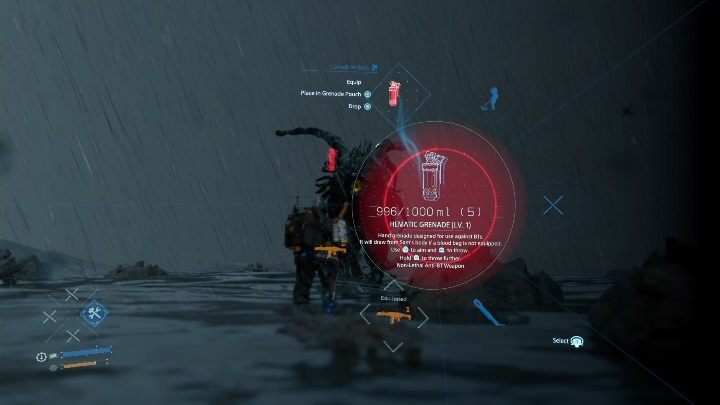 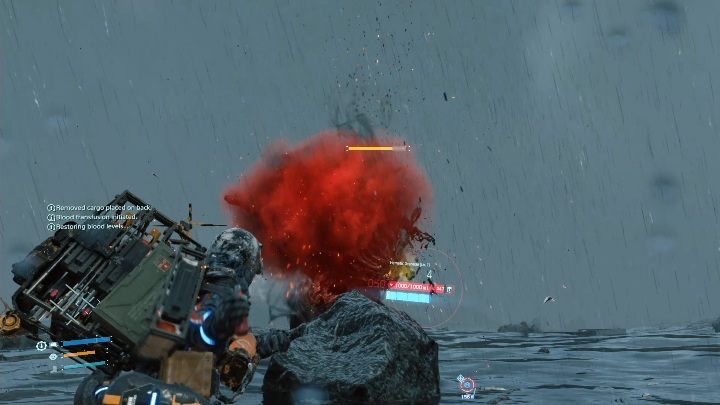 The best weapon to deal with this monster is a Hematic Grenade.

Just position yourself on a stable terrain and throw the grenade straight at the monster as it approaches you. This way you can protect yourself from enemy attacks and scare them away. 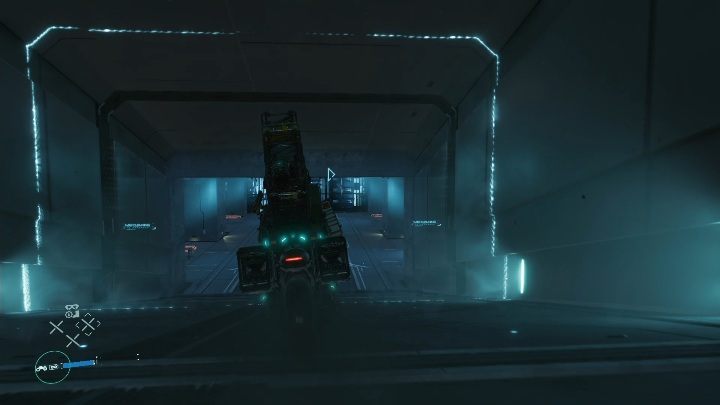 After a few successful blows your opponent should fall and you will be able to continue your journey.

This order ends the fourth chapter of the game.