On this page of the guide to Death Stranding, we have included information on how to quietly get rid of living opponents, called MULE.

Sneaking is optional but can save you from participating in fights. 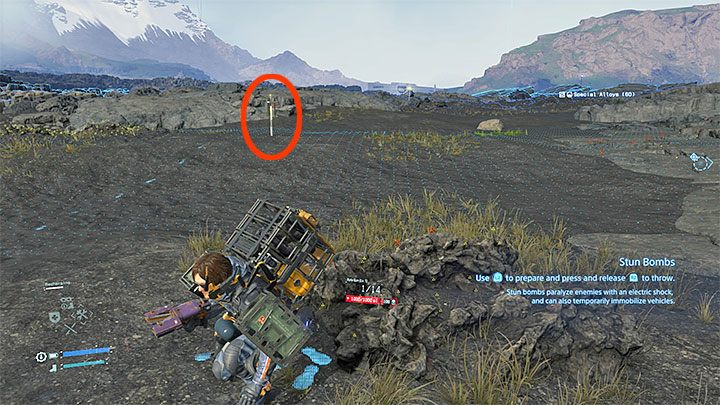 MULE camps are surrounded by poles with sensors that warn opponents when they detect transported cargo. You can find these poles yourself or use the scanner - they will glow yellow.

Once you make enough progress, you will gain methods to counteract the pillars and disorienting opponents. However, before that, you can use one of two basic tactics - infiltrating a MULE camp without carrying any cargo or hiding immediately after Sam gets detected. MULE need at least a few seconds to reach the place where the alarm went off. 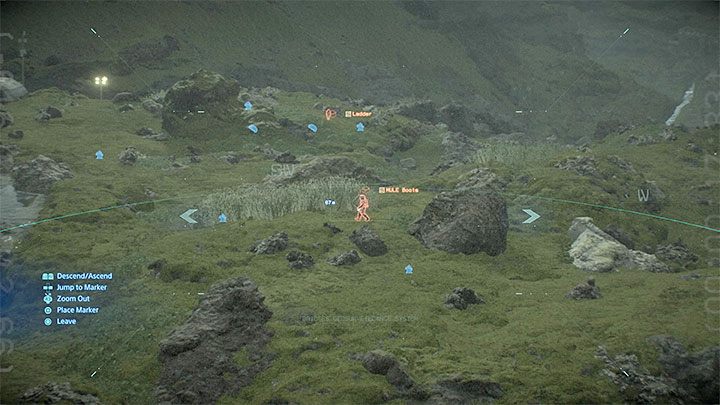 Before you approach a MULE camp, scout the area to determine their position. The game recommends placing observation towers, but this isn't absolutely necessary - you don't need to deplete PCC. Alternatively, you can also use the scanner - each MULE has some kind of cargo on their back which makes them much easier to find, especially those who patrol the area and appear on the screen as a moving cargo. 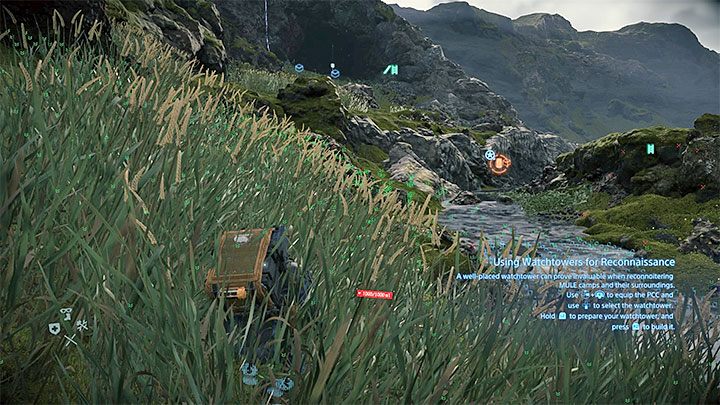 The game often makes things easier - the majority of the places occupied by MULE has tall grass. You can hide in it - this is effective if you weren't noticed while sneaking, and when you don't carry a lot of cargo on your back because it can stick out from the grass. 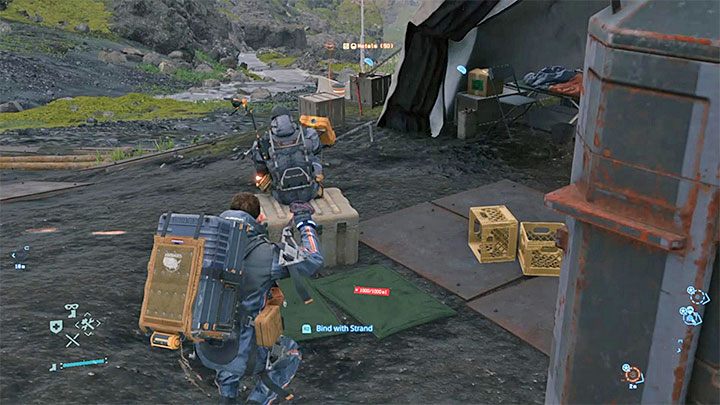 Strand is great for stealth takedowns. Besides its combat properties, this cord is used for securing the cargo. This item is available from the beginning of the game - approach an enemy and select it from the inventory. 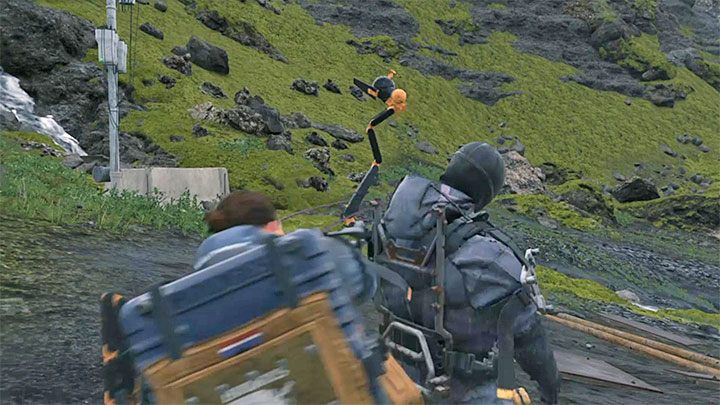 The Strand allows you to strangle a MULE from behind. Press the R1 button to trigger the animation. That MULE will be rendered unconscious without alarming the enemies in the area (provided, of course, that the attack wasn't seen by others). This way you can eliminate individual MULEs or sneak up on enemies patrolling a camp.