Before you start playing Dead Space, you may want to learn whether this survival horror is single-player only. In the guide, you will find information whether the 2023 remake added a co-op mode or another multiplayer mode. 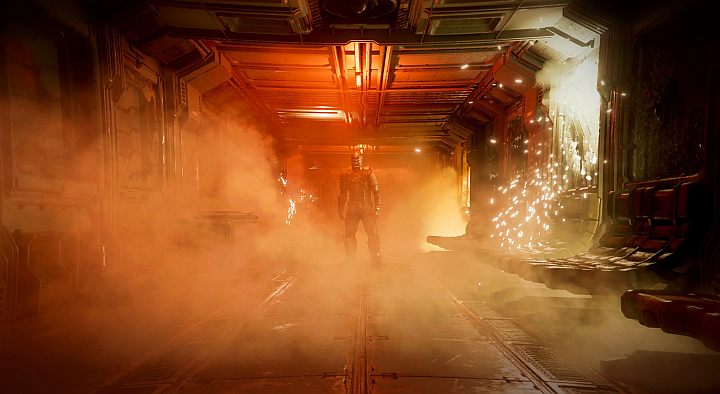 Dead Space is a single-player survival horror - this was the case in the original version from 2008, and the 2023 remake does not try to change that in any way.

Isaac travels alone for most of the game. One of the exceptions is at the very beginning of the game when members of the USG Kellion shuttle arrive on the inactive USG Ishimura. The main character quickly proceeds to explore the subsequent decks of the Ishimura alone.

Other characters can be met in person or communicated via radio during the game. Survivors do not join Isaac in eliminating the Necromorphs. In most situations, all you can count on is that they will share the current situation or give Isaac a new task to complete or a new location to explore.

If you are interested in co-op in the world of Dead Space, check out Dead Space 3. It is the only game from the series that offers cooperation. Isaac can explore the ice planet Tau Volantis together with John Carver. Dead Space 1 and Dead Space 2 are 100% single-player games.

This site is not associated with and/or endorsed by the Electronic Arts Inc. or Motive Studio. All logos and images are copyrighted by their respective owners.