Dead by Daylight Guide by gamepressure.com

On this page of the DBD guide, you will find Beginner's guide for those starting the game as a Killer. Here you will learn the most important information that will make your gameplay easier - including which Killer to choose and which perks are useful.

If you've just bought DBD and haven't invested in Silent Hill Edition or Ultimate Edition, you'll be able to play as the following Killers from start:

Each has its own unique skills that can be used against Survivors. Some of them are easy to master, others not necessarily. As you begin your adventure with the game, skip the Nurse and the Hillbilly. Their perks are difficult to use and require some skill. That's why it's worth choosing them when you become more familiar with the title. 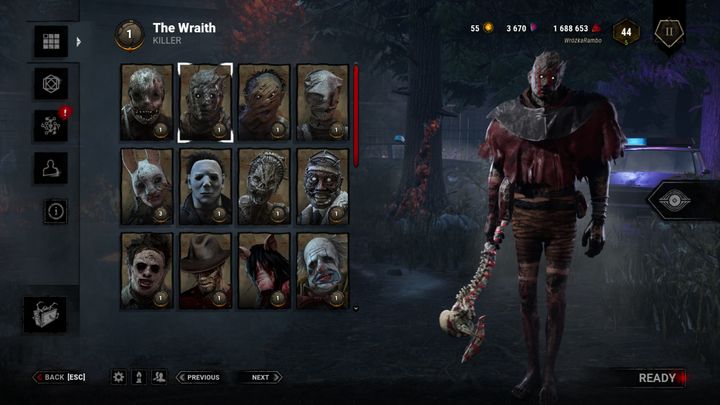 Wraith will be your best choice at the beginning of the game.

He is the easiest Killer to play out of this five. He can become invisible, which makes him difficult to detect. In addition, when in stealth mode, he moves much faster but is unable to attack.

As you advance through the game, you will earn a currency called Shiny Shards. You can unlock the original killers for it. In this group, the most manageable are:

If you plan to spend money and acquire a licensed killer, in this case, your choice should be Cannibal.

Of course, if you feel up to it, you can also buy Killers with more complex perks. However, you have to keep in mind that your first matches will not necessarily go as you planned.

Listen to sounds of environment

The easiest way to track Survivors is by following the footprints they leave while running. However, you won't always be able to locate them - for example, when the victim walks or sneak, the tracks just won't show. Therefore, listen carefully to the groans of the injured or their footsteps and look for blood trails.

If you are not able to find anyone, then the best option is to check the area near generators not yet repaired.

Don't forget that, from time to time, you may receive notifications that show the location of a Survivor. These notifications are triggered when the following condition soccur: 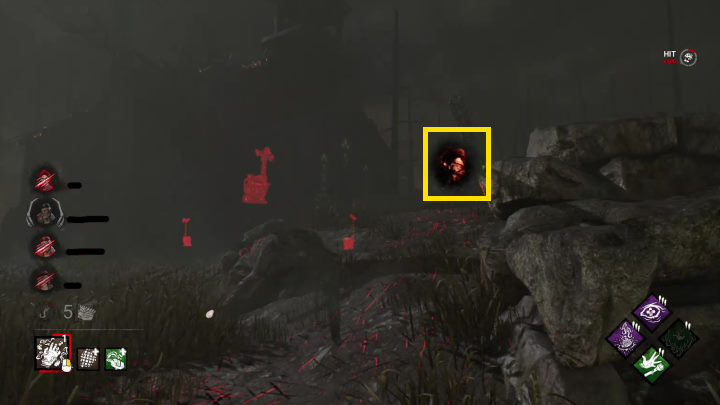 Picture of the notification.

Tunneling is a tactic for Killers players that is quite simple. It is necessary to constantly chase one particular Survivor until they are eliminated from the game. At the same time, you ignore the rest of the people.

The community's opinion aside, the tactic is simply ineffective in most cases. By focusing on one person, you let the rest repair the generators. So you don't put any pressure on the group and actually make it easier for them to win.

Actually, the only time when tunneling can work is the endgame. Then, to guarantee at least one victim, you can focus on the person closest to death.

Perks for Killers can really influence the game. As you begin your adventure, you won't be quite efficient in chasing Survivors yet. That's why it's a good idea to purchase perks slowing down generators' repair.

The most accessible ability of this type is Jolt. This is a perk available to any Killer, so all that's left for you to do is advance until it appears in the Bloodweb. The principle behind it is simple - when you put a Survivor into Dying State, every generator in the 32-meter range will explode and lose 6/7/8% progression depending on the level of the perk.

This site is not associated with and/or endorsed by the Starbreeze AB or Artificial Mind & Movement/Behaviour Interactive. All logos and images are copyrighted by their respective owners.